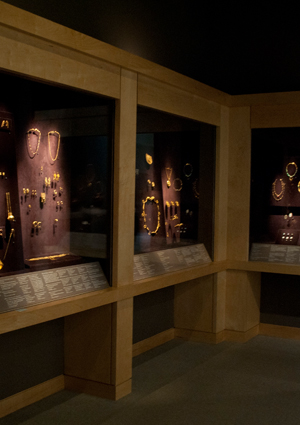 The array of exquisite jewelry at the Walters Art Museum represents an enormous range of periods, regions, artistic and stylistic developments and materials. The collection includes many pieces purchased by Henry Walters, as well as extensive donations by museum supporters including Henry Walters’ niece Laura Delano and New York gemologist Benjamin Zucker.

Signature objects include a magnificent pair of gold bracelets encrusted with precious stones and multicolored enamel inlay discovered in a tomb in Olbia, in present-day Ukrane, and dating to the 1st century B.C.; a pair of eagle fibulae from 6th-century Visigothic Spain; and an iris corsage ornament by Tiffany & Co. decorated with 139 sapphires and other gems that was a grand prize winner at the 1900 Paris Exposition universelle. 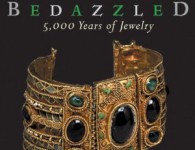 This exquisitely illustrated book presents a wonderful selection of jewelry dating from the 2nd millennium B.C. to the early 20th century from the collection of the Walters Art Museum.