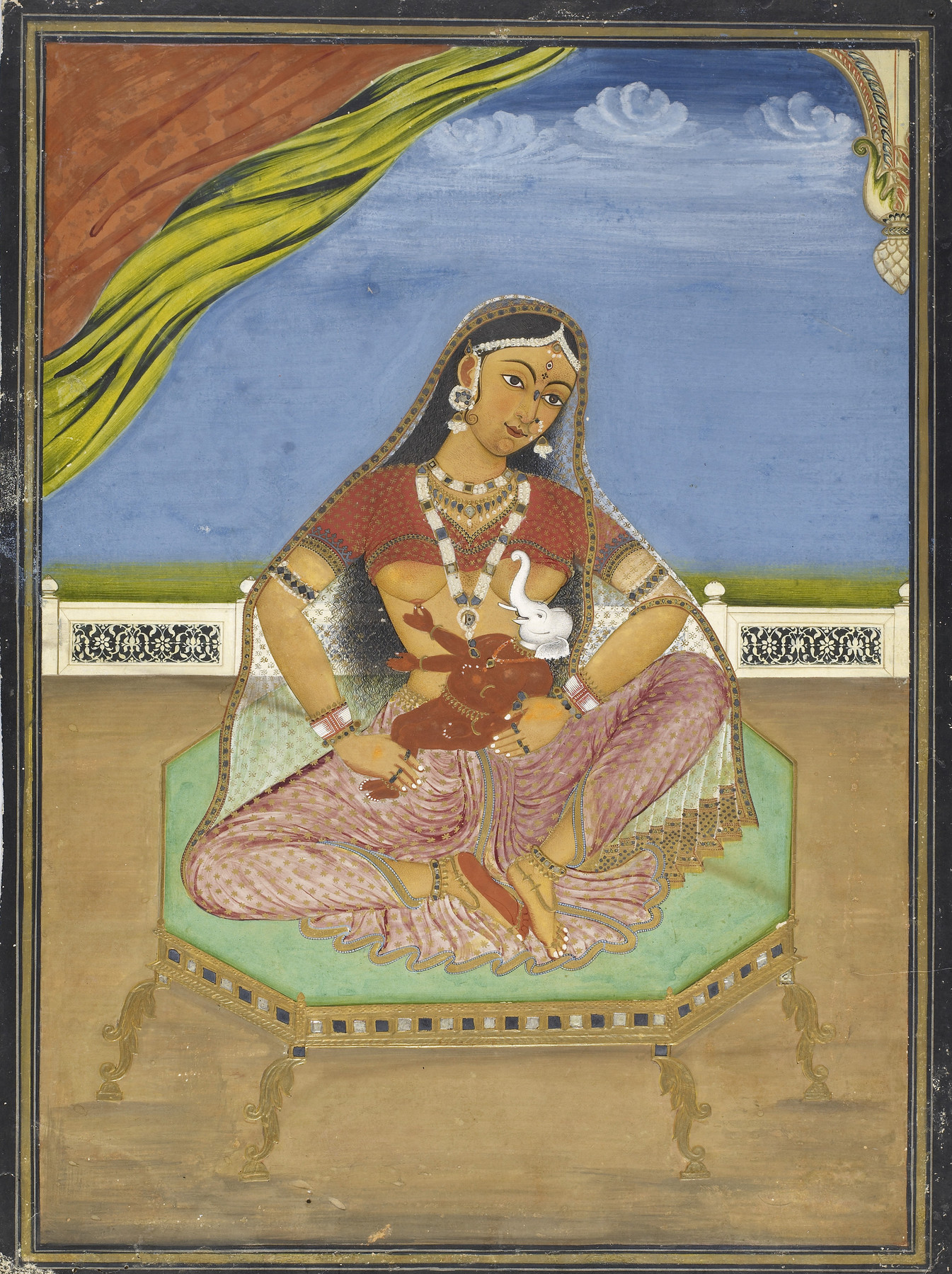 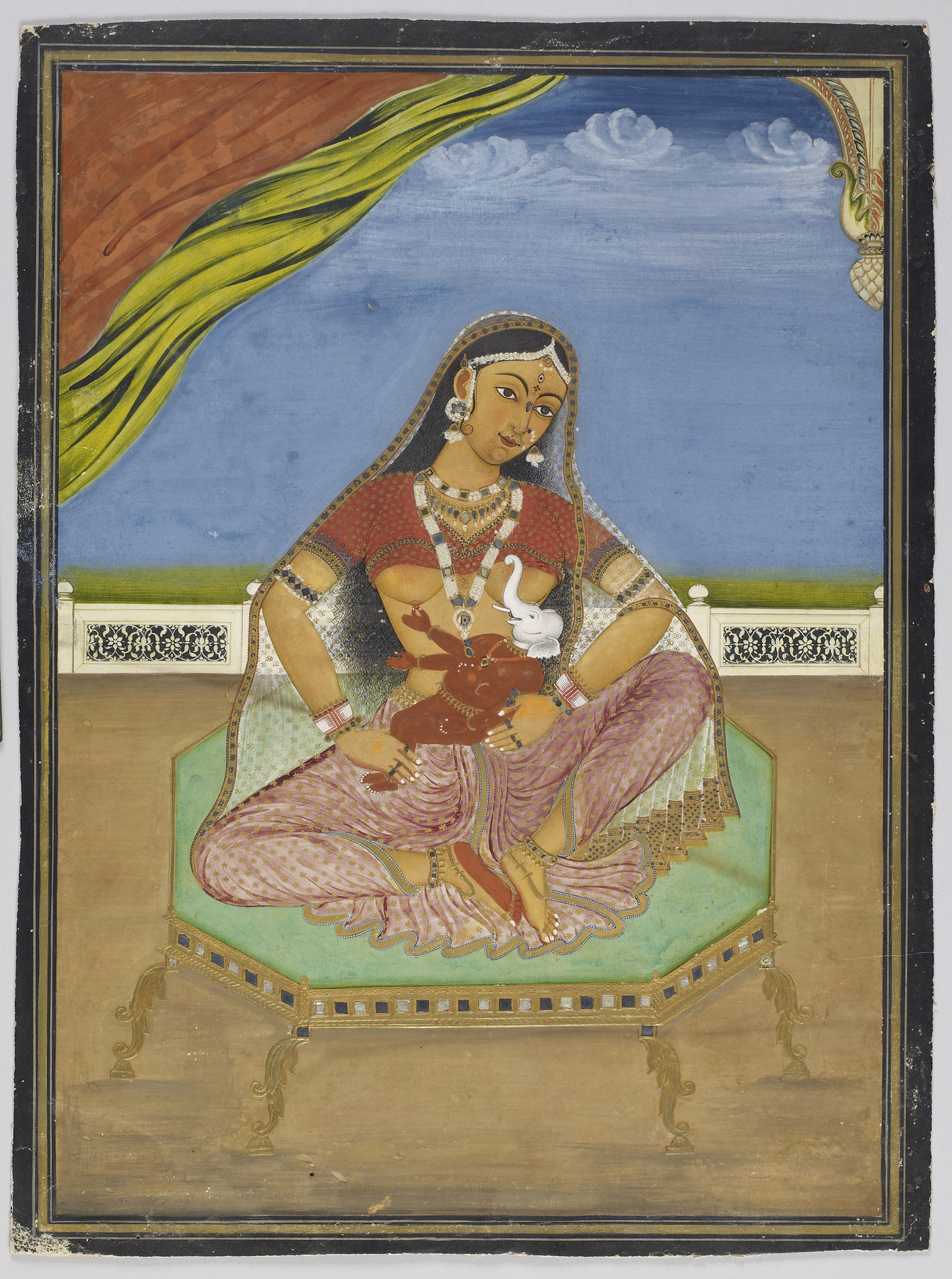 India’s multiple religious traditions produced lively exchanges in the representation of the divine. Here, the artist adapted Christian iconography of the Virgin and Child for a touching image of the Hindu goddess Parvati nursing her elephant-headed son Ganesha. According to one story, Parvati, wife of the god Shiva, desperately wanted a child and created a boy to guard her door while Shiva was away. Prevented from entering Parvati’s room when he returned, Shiva became so enraged that he decapitated the boy. At Parvati’s insistence, Shiva sent his servants to find the child a new head. They came back with the head of an elephant, and with it Ganesha was restored to life.

Imagine the once-dazzling effects of Parvati’s jewelry and throne. Thin pieces of metal were used to imitate gemstones. The dark gray inserts are made of silver, while the lighter ones are made of copper covered with silver and a transparent red paint, now mostly lost. Although their appearance has changed over time, these dark and light gray inserts would have originally looked like diamonds and rubies. The elaborate jewelry is further enriched with thick white paint, which was skillfully worked with a rounded tool to resemble pearls.