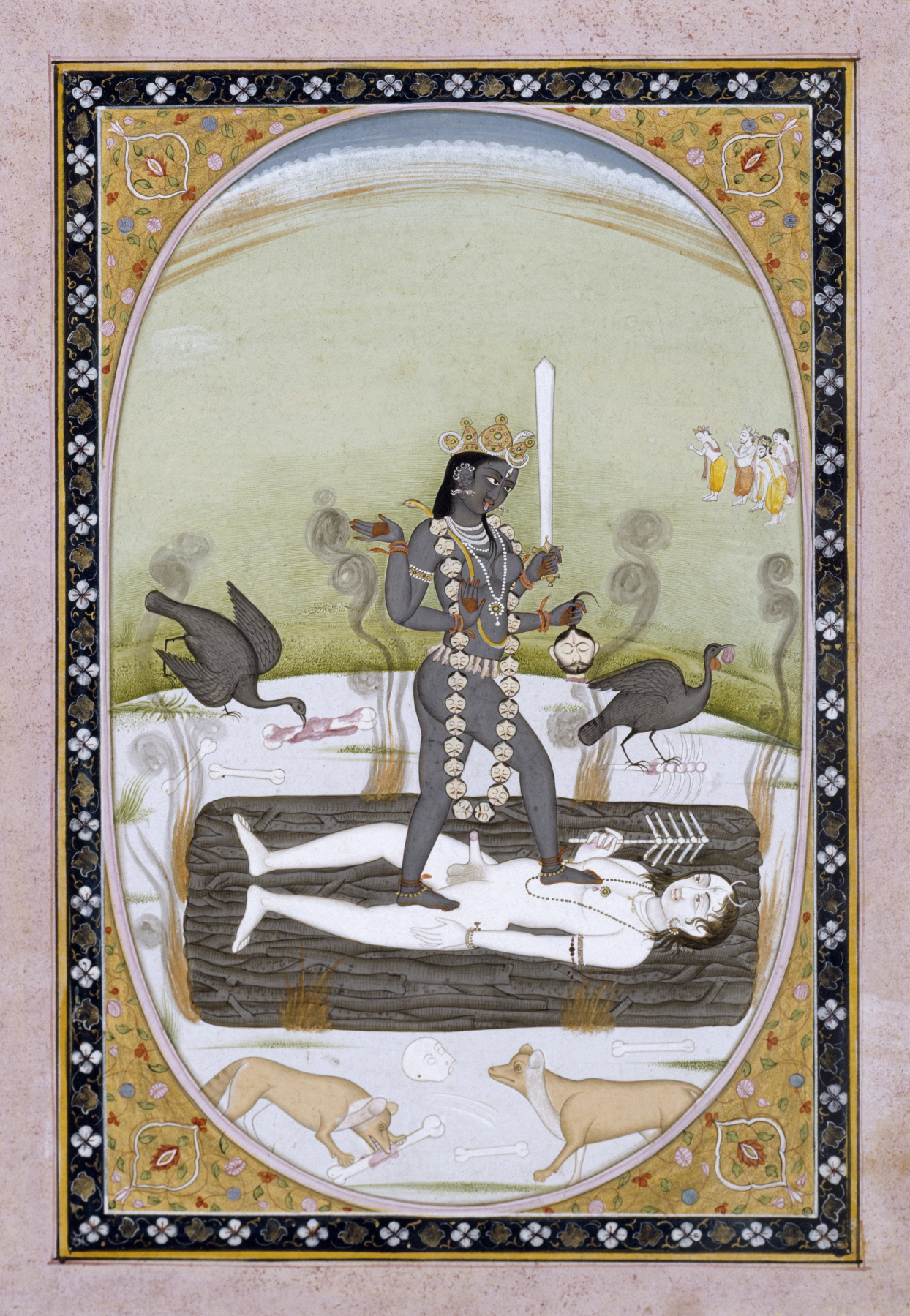 Kali, a fierce form of the Great Goddess of the Hindu traditions, stands over the body of the god Shiva, who, despite his open eyes and ithyphallic state, doubles as a corpse ("shava") on a burning funeral pyre. Kali’s association with cremation grounds and her ornaments of severed heads, severed arms, and corpses are reminders of life’s impermanence and the goddess’s power over time ("kala"). The sword points to her destructive capacity, and when slaying demons, she uses her lolling tongue to lap up their blood. Kali is at once fearsome and nurturing to her devotees, and with the gestures of her two right hands, she offers them generosity and reassurance.