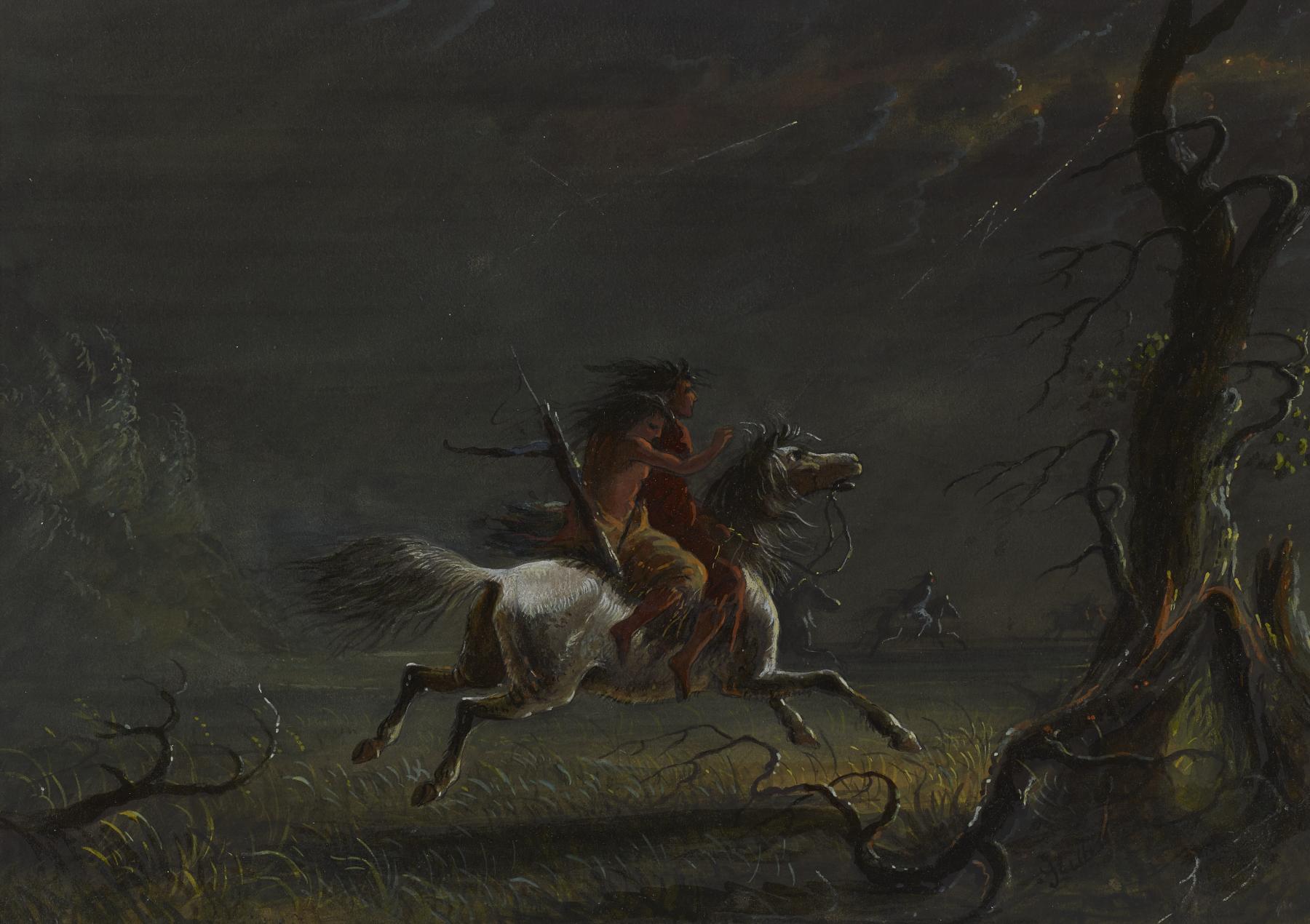 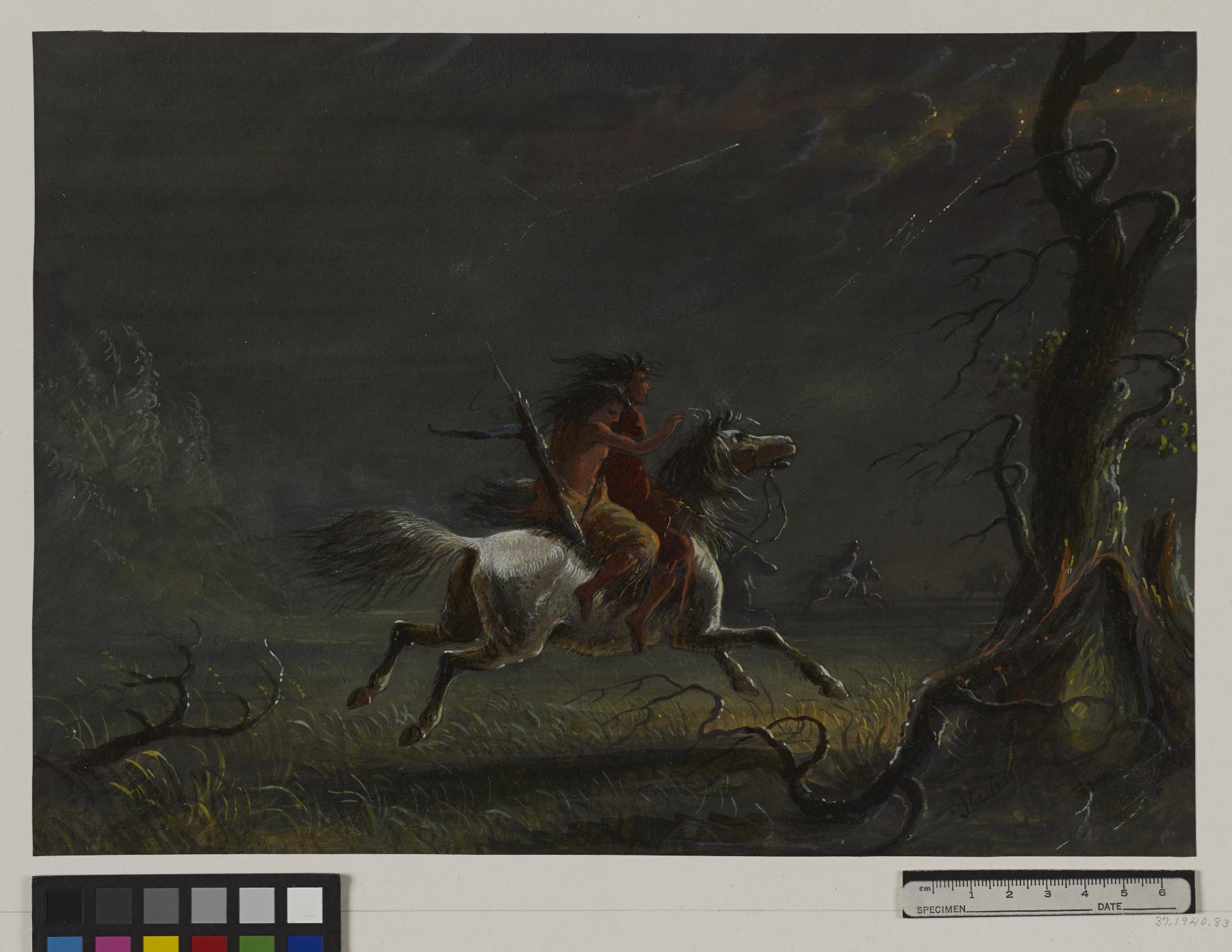 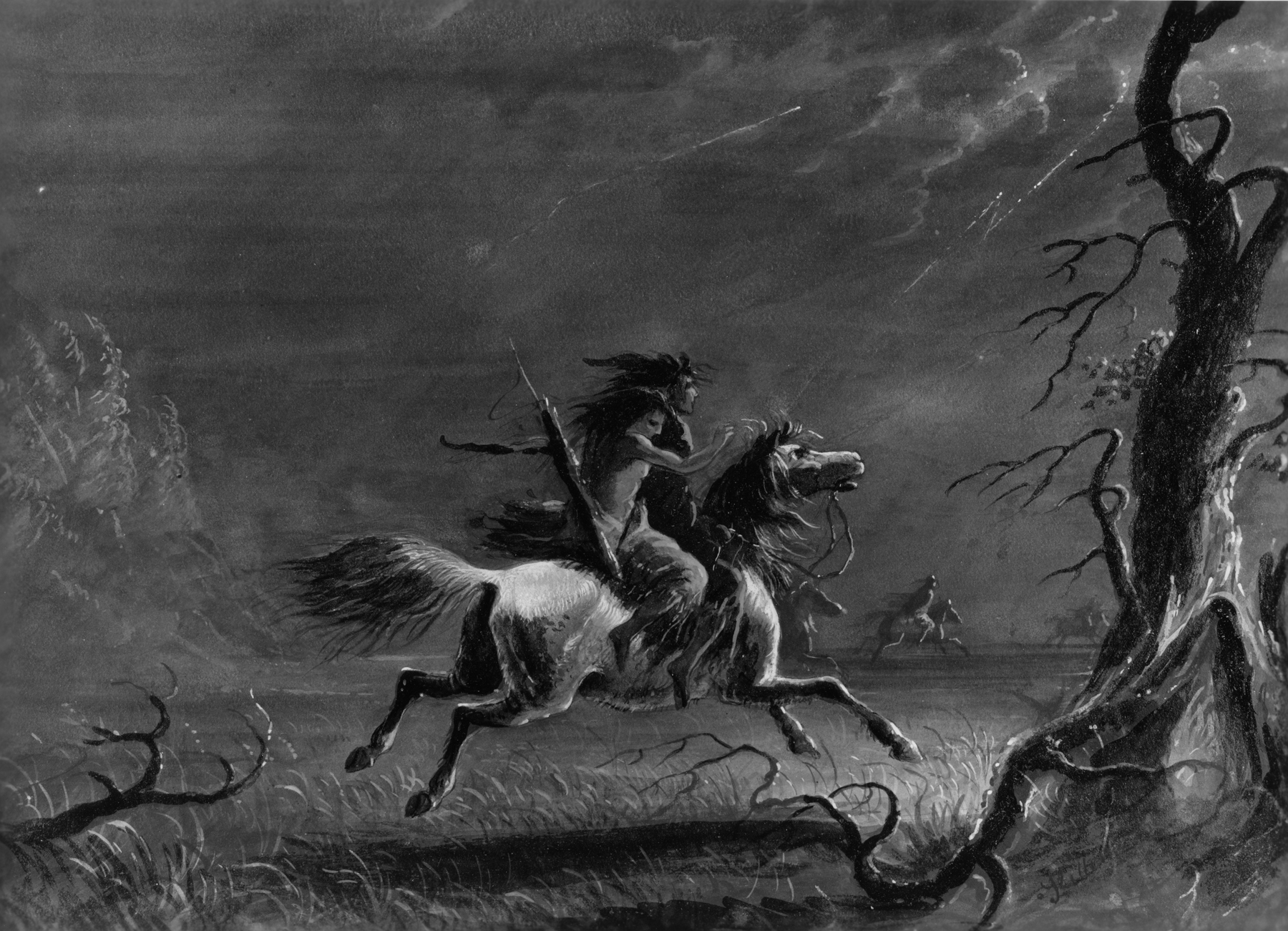 Indians in a Storm: Night Scene

"We found among the North-Western Indians a belief in a great overruling power,- they believed also in an evil one, and while they regard suspiciously the former, take precious good care, also, to conciliate the favor of the latter... When a storm prevails, and thunder is crashing over their heads, they know nothing of positive or negative clouds approaching each other and discharging a surplus of electricity. With them it is the 'Anger of a Great Spirit,' who is displeased with his children. They become fightened, hang their heads, and deprecate his wrath;- their resolution for the moment is to do better. These resoves pass off however as soon as the cause is removed;- their consciences beign quieted and reconciled by the appearance of clear weather." A.J. Miller, extracted from "The West of Alfred Jacob Miller" (1837).