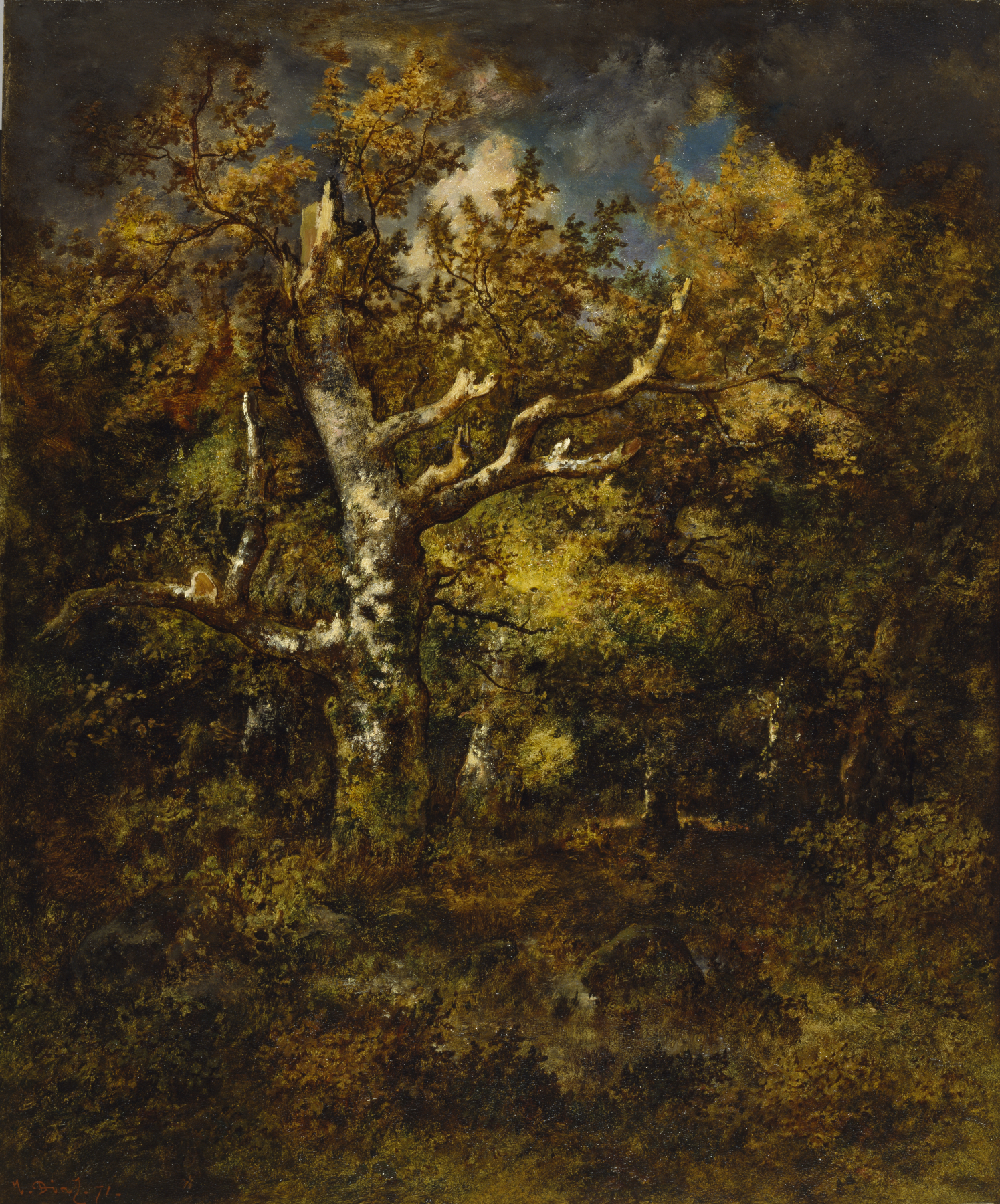 Diaz's training was limited to decorating porcelain and studying the Old Masters in the Louvre Museum. In 1835, he began to explore the Fontainebleau forest, where he encountered other artists associated with the Barbizon school.

Diaz specialized in views of the interior of the forest. His pictures were distinguished by his mastery of color and were compared by one critic to a "pile of jewels." In this view of an ancient oak tree, he explores a range of rich russets, ochers, greens, and browns. This late work illustrates the rich, tapestry-like effects he created by dabbling and scumbling his pigments to blur the outlines, a technique that was admired by the impressionists such as Pierre-Auguste Renoir and Alfred Sisely, who worked in the forest during the 1860s.