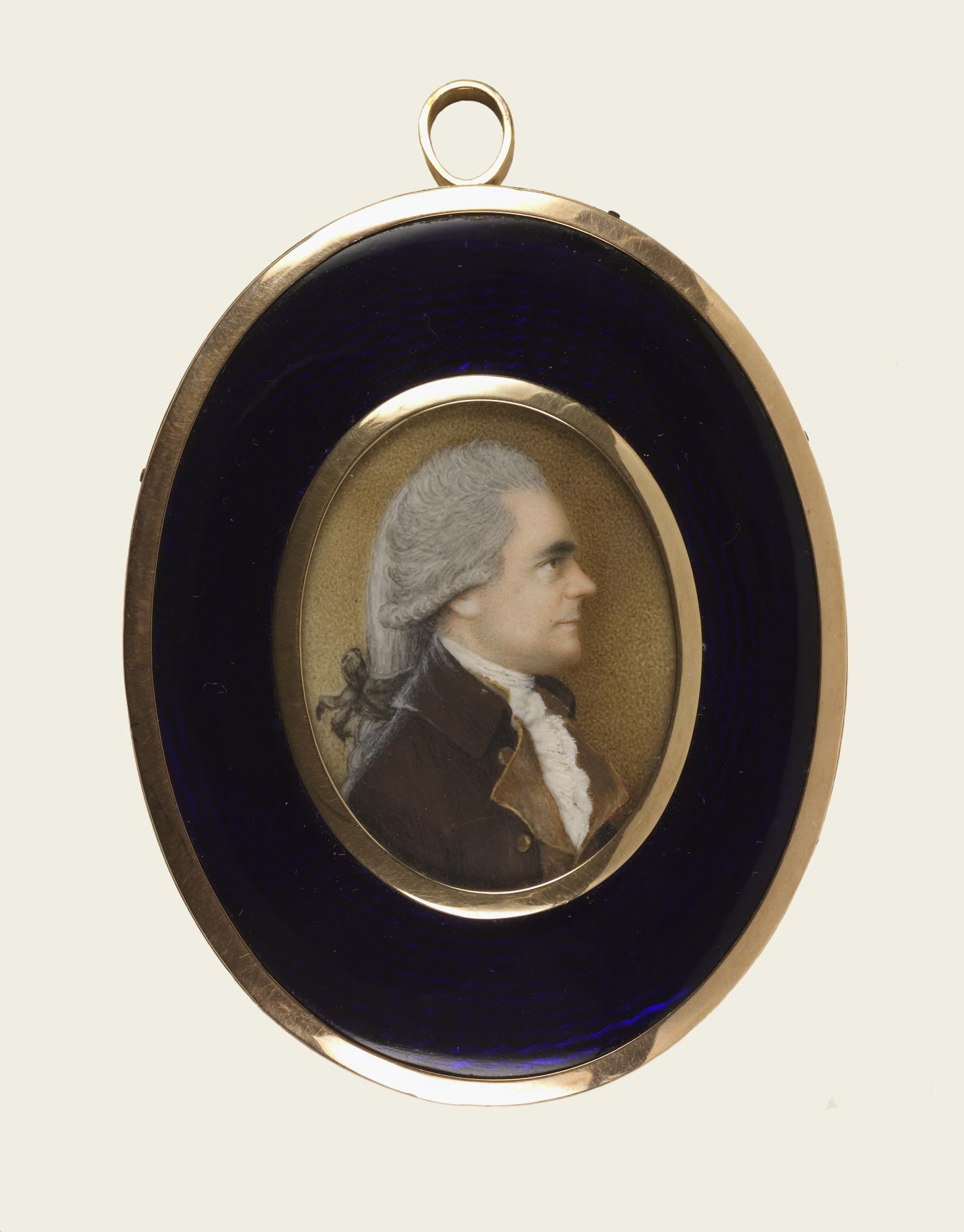 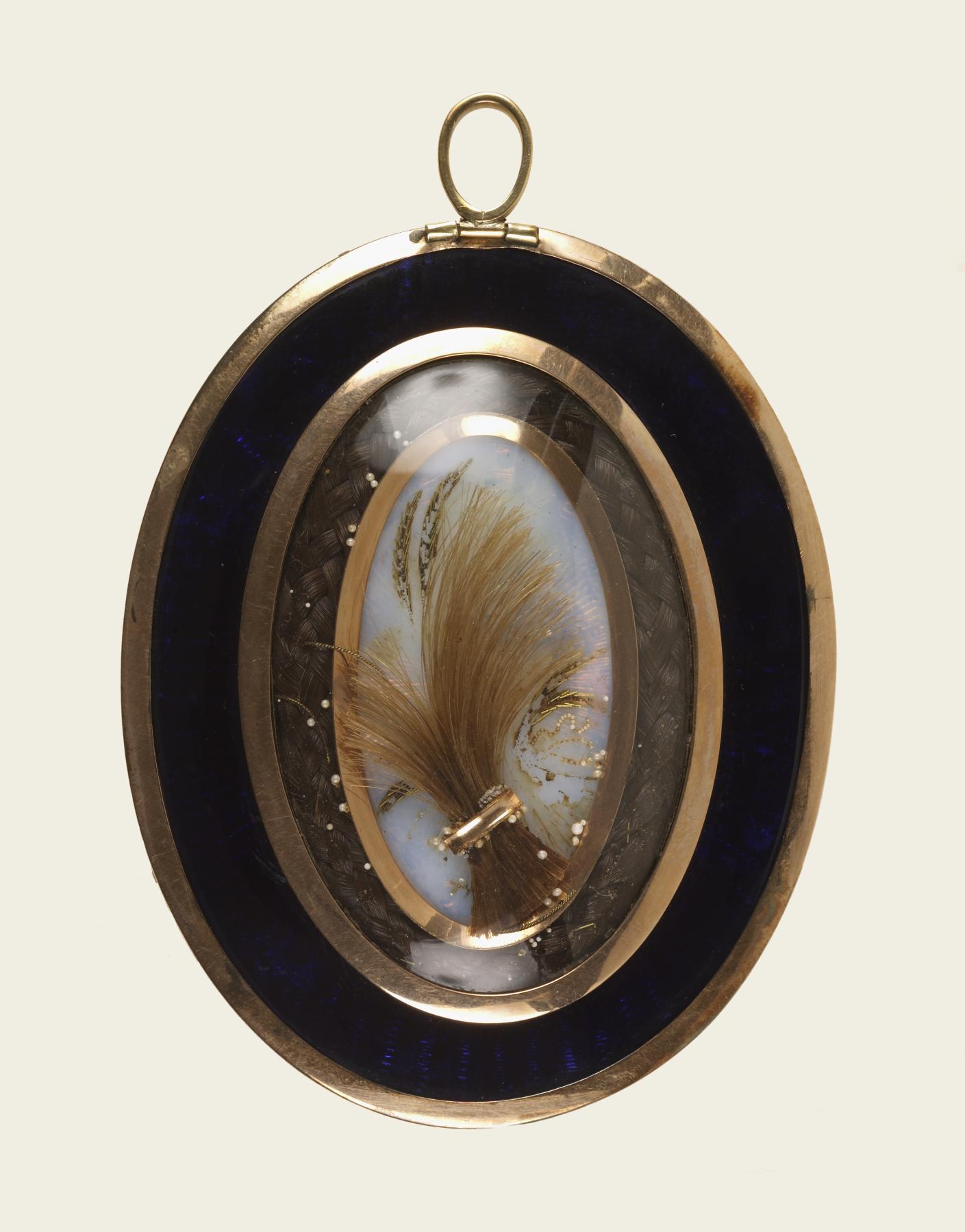 Alexander Hamilton served as George Washington's aide-de-camp during the Revolution and was later appointed secretary of the Treasury.

Ellen Wallace Sharples (1769-1849) met artist and portraitist James Sharples (1751-1811) in Bath when she became his student. She would become his third wife in 1787. In 1794 they left England for the United States. The couple travelled widely, making portraits of many of the prominent personalities of the day. After her husband died in 1811, Ellen returned to the United Kingdom, settling in Bristol where she founded the Bristol Academy with a gift of £2000.

This minature has elaborate hair-work on the reverse, which appears to encorporate the hair from two people: one blond and one dark. The hair-work is surrounded by a band of enamel.