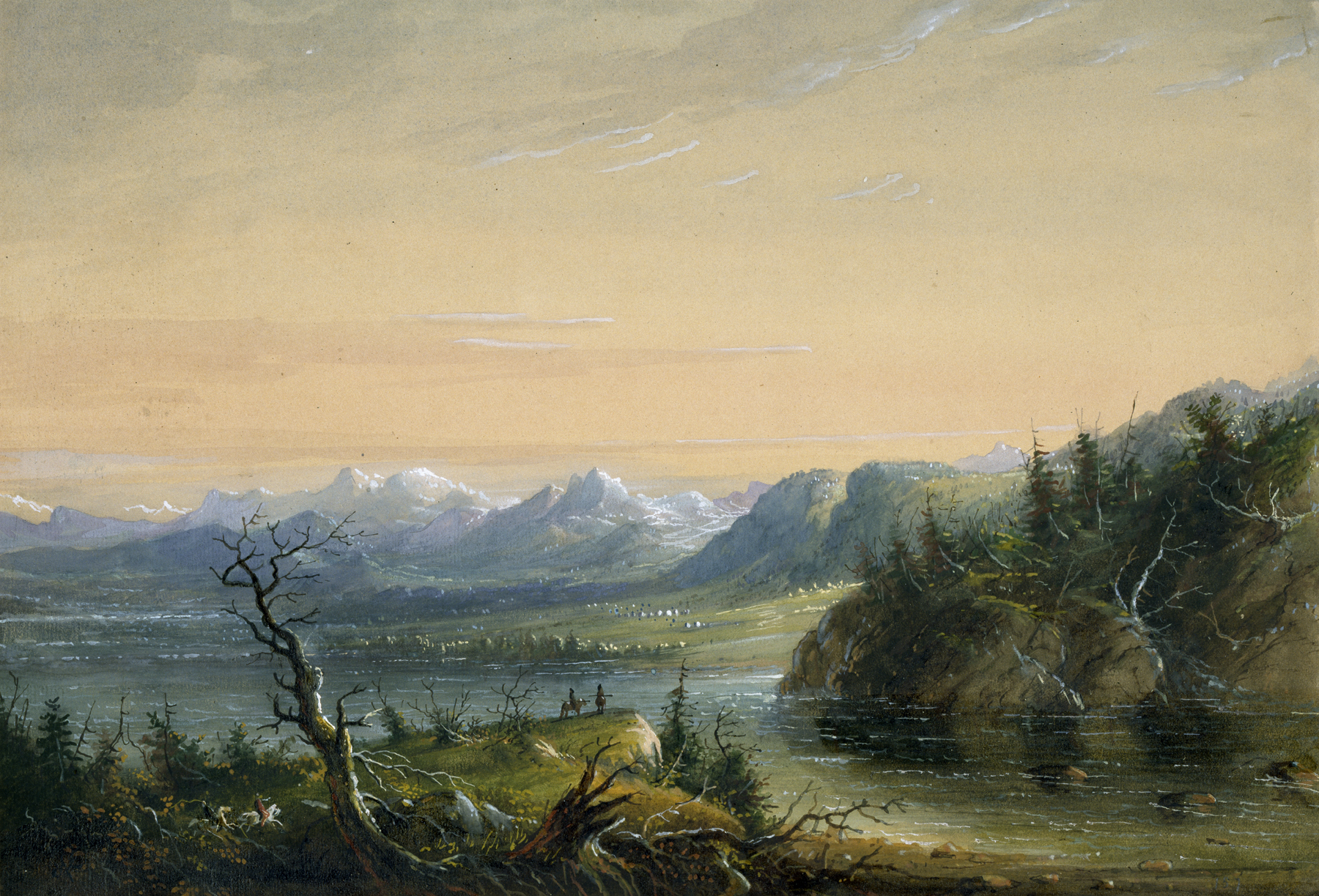 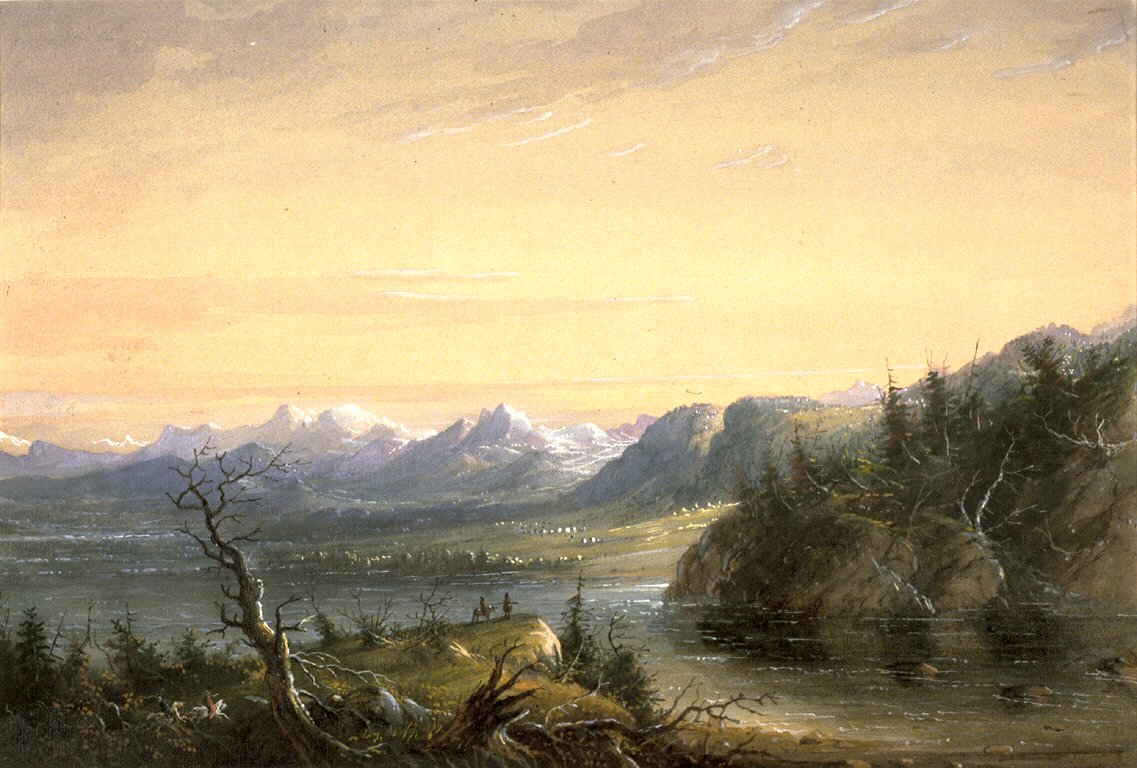 "The scene in the sketch presents something of a bird's eye view of the great chain of Wind River Mountains, throwing up their huge heads against a warm evening sky, their lofty pinnacles crested with snow and reflecting light with the brilliancy of burnished silver;- Across the green plateau to the right, the Caravan is seen winding its slow length along. In front of this, wild and rough rocks covered with a primeval growth of hemlocks, firs, and pines jut out into the river that is sweeping by, fed by the melting snows of the mountians. In the immediate foreground some Trappers are galloping to join a party who are on the extreme end of the bluff, looking at the 'promised land' which forms their mountian home; for at the base of these, they expect to meet large bands of their brother Trappers with whom they promise themselves a grand carouse and drinking bout;- in order to repay themselves for the abstinence they are compelled to observe in a military and well-governed camp." A.J. Miller, extracted from "The West of Alfred Jacob Miller" (1837).