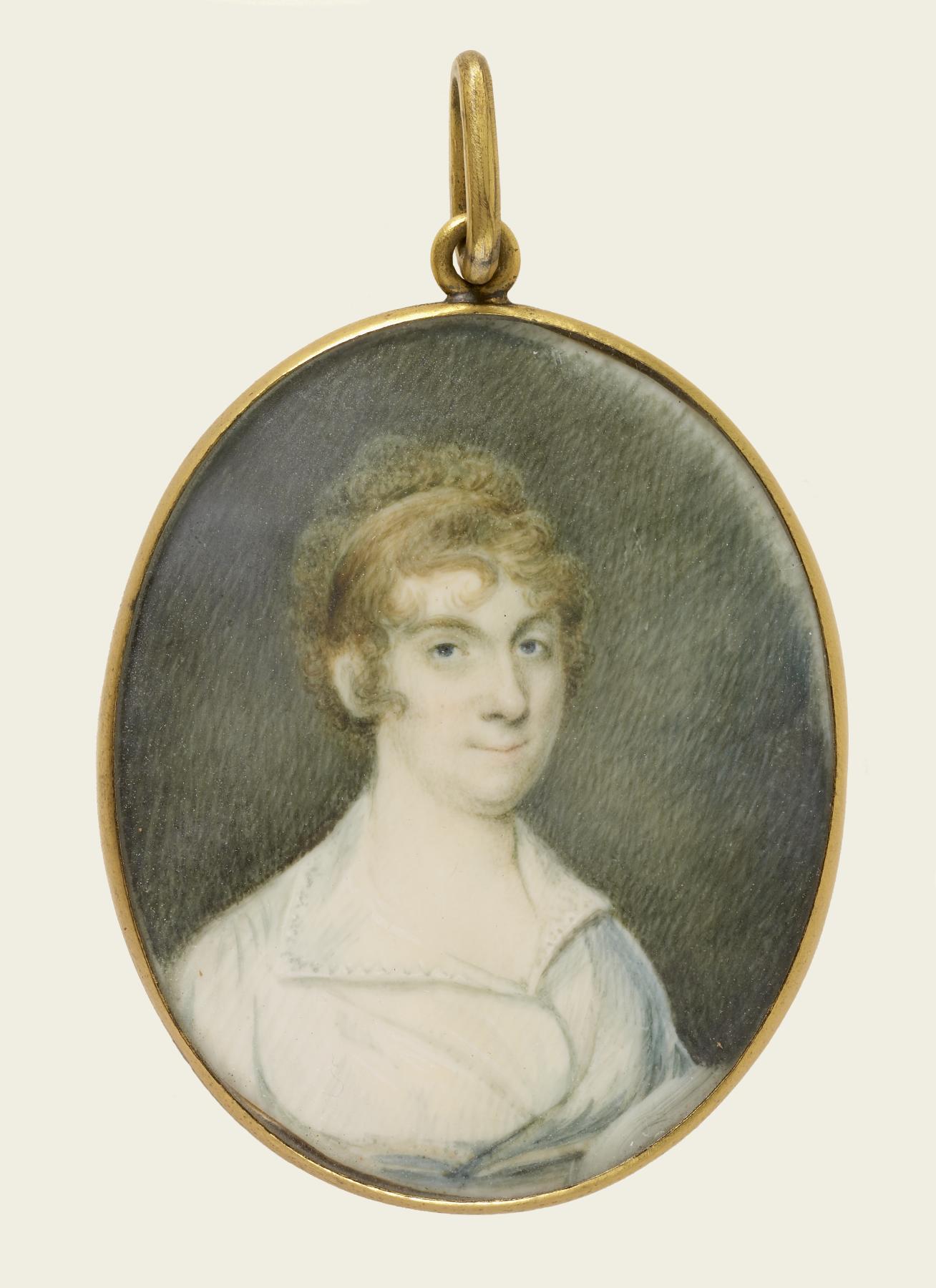 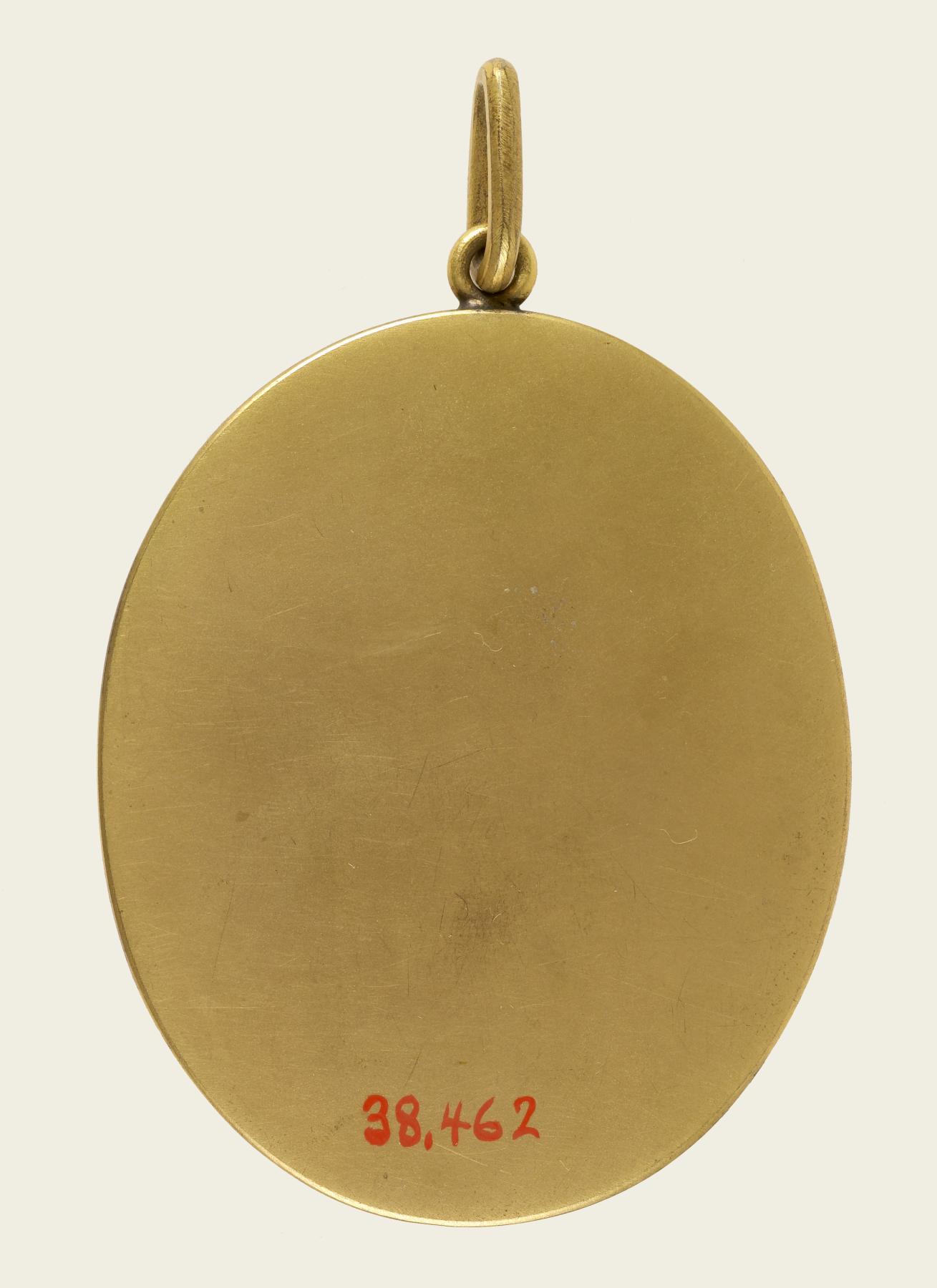 Waist-length, almost full face portrait of a woman, with dull-blond hair, curls falling over forehead and side with a band in her hair. She wears a white, high-waisted gown.

Ann Brunton (1769-1808) was the first actress of eminence that crossed the Atlantic. She acted first in Bath and London where she attained great distinction, and was rated by many as second only to Mrs. Siddons. In 1792 she married Robert Merry, a socially advantageous match, although her husband, who was an ameteur playright, had soon spent all of his inhertitance. She retired from the theatre after her marriage, and the couple lived in Paris, but financial constraints meant that she had to return to the stage. The couple for the United States, arriving in New York City in 1796. Ann found great success in her new home, and after Robert Merry's death, she married twice more, to Thomas Wignell, who had first offered her a role in American, and finally to William Warren, a fellow actor.