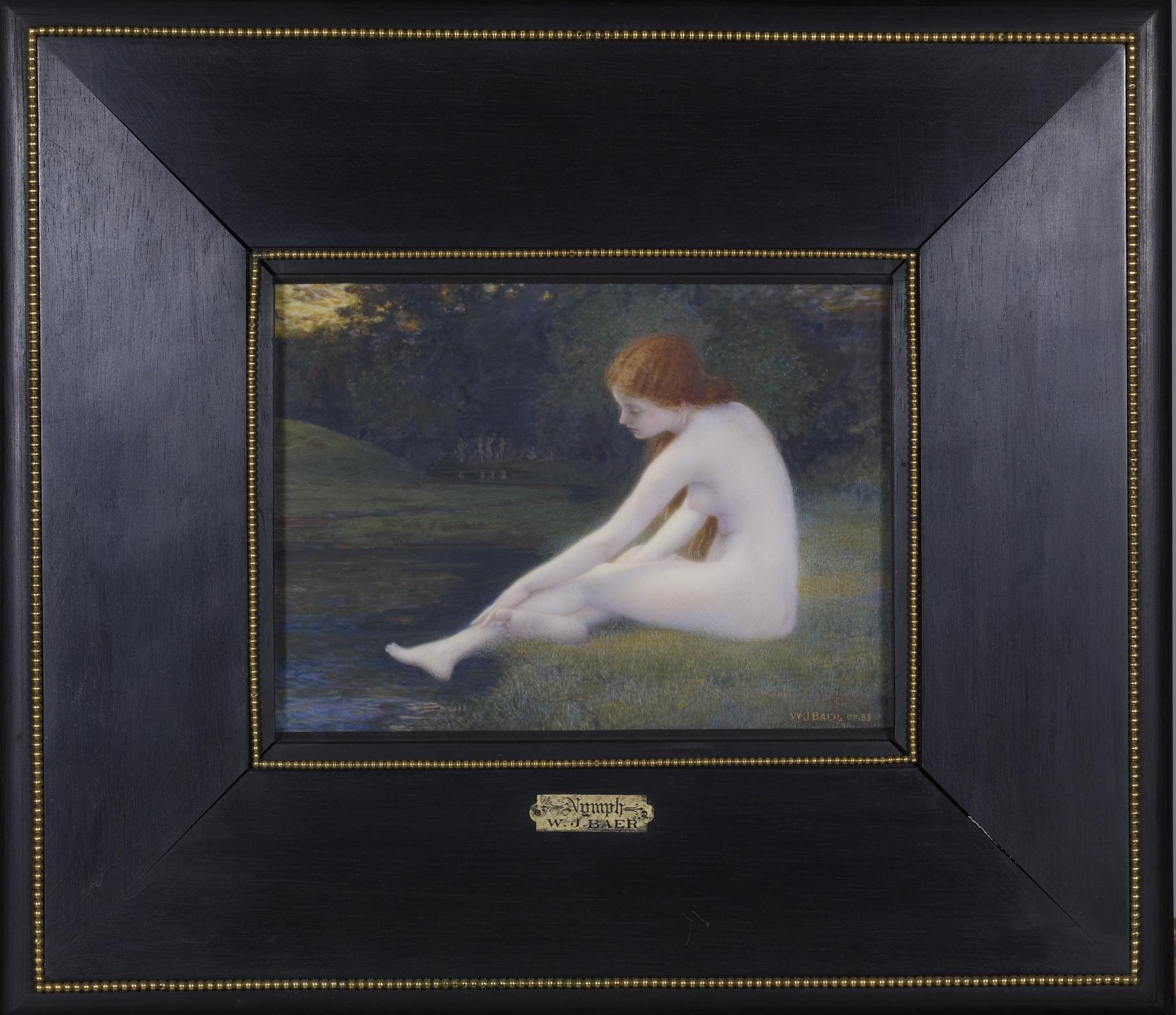 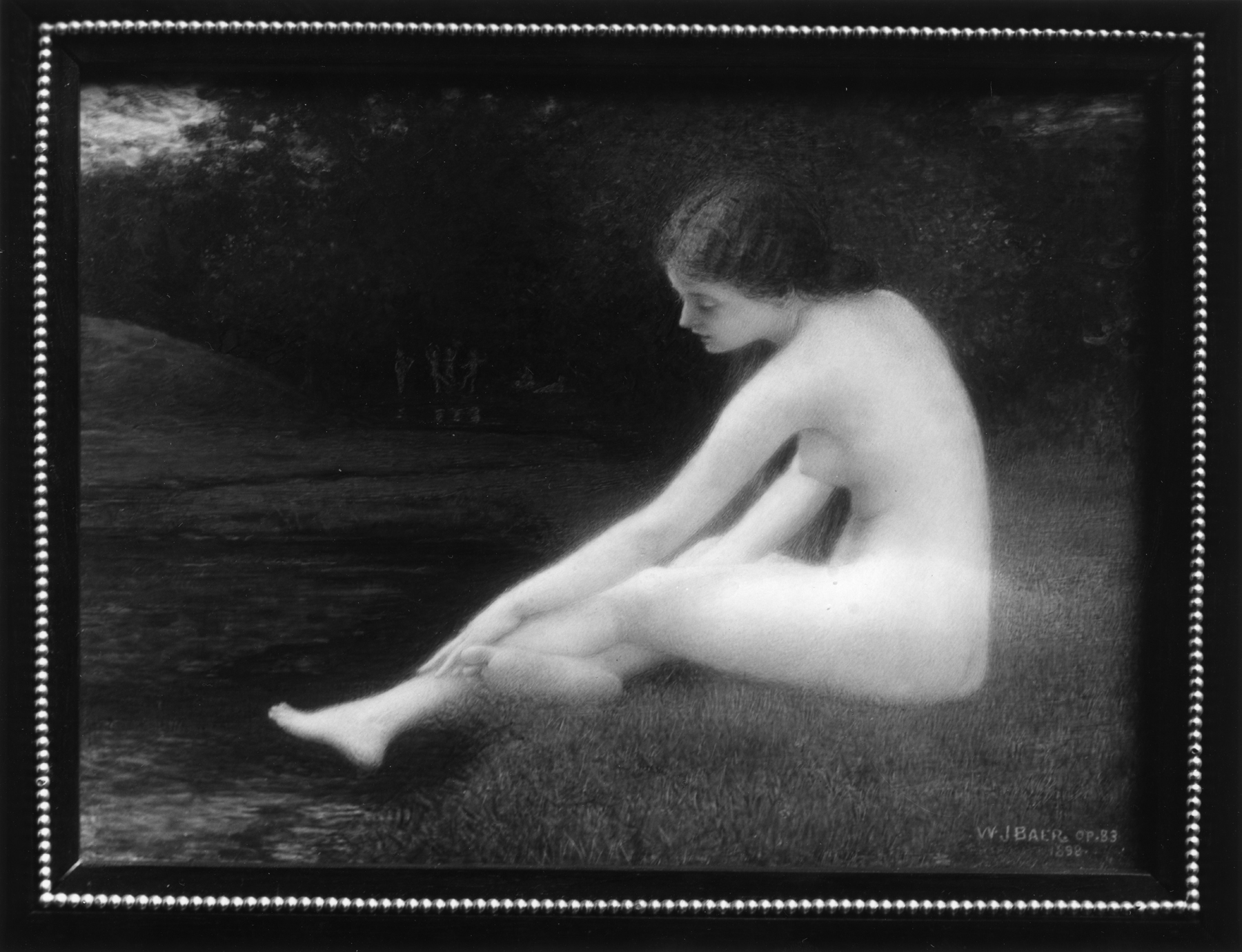 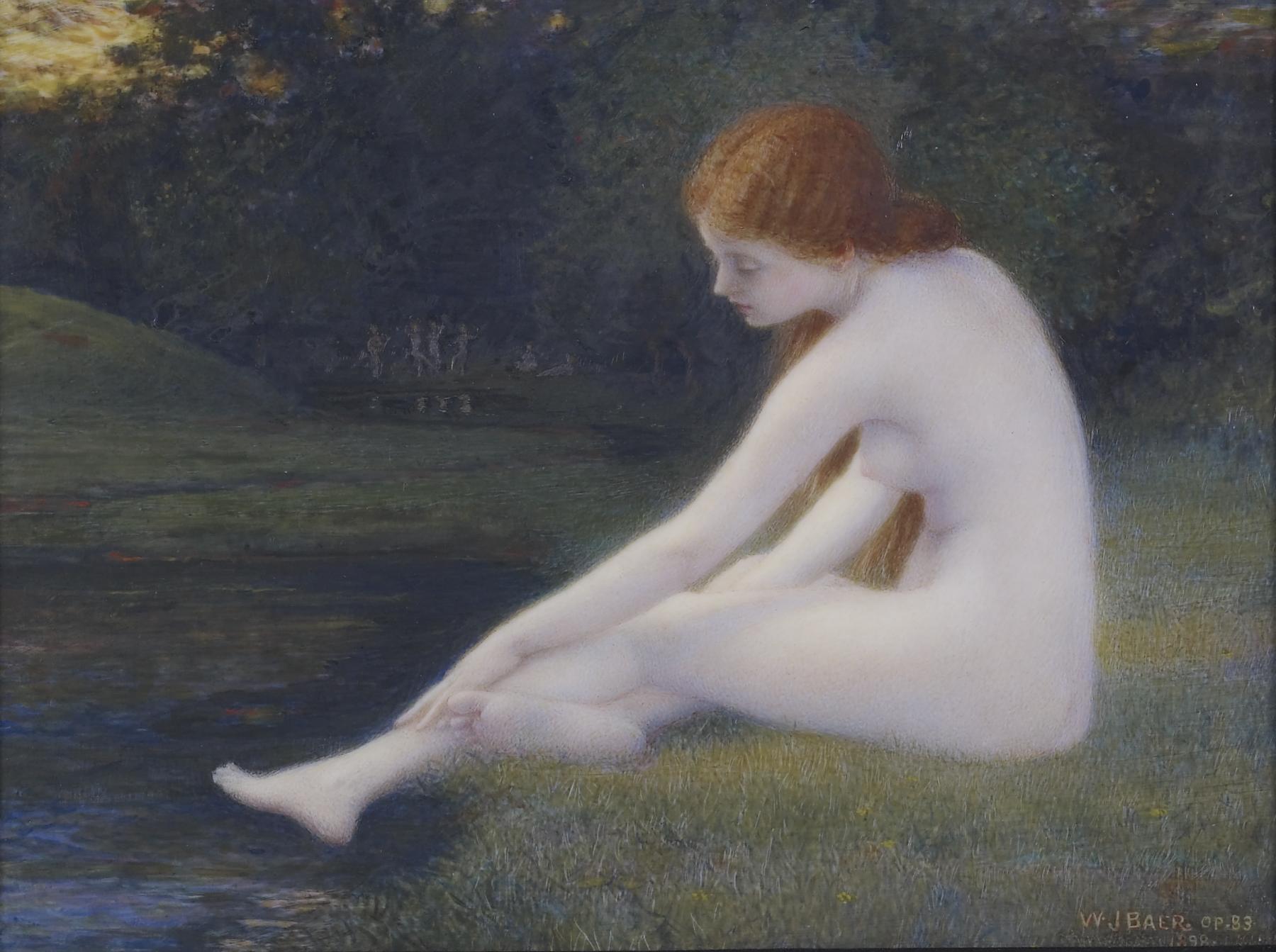 In this wooded landscape, a young nymph is bathing. Baer was admired for his "ideal" subjects as well as for his portraits. This miniature and "Aurora" (Walters 38.169) are among his most famous works.

William Jacob Baer was born in Cincinnati in 1860, where he was trained in lithography. In 1880 he traveled to Munich to study drawing and painting at the Royal Academy. When he returned to the United States, he lived in New Jersey where he taught drawing and painting at Princeton University. In 1893 he moved to New York and where he first painted portrait miniatures; by 1894 he had given up easel painting all together to focus exclusively on this genre. He helped found the American Society of Miniature Painters, and is considered instrumental in the revival of miniature at the end of the 19th century. Baer exhibited both nationally and internationally, at the Exposition Universelle (1900), Pan-American Exposition (1901), Louisiana Purchase Exposition (1904), and the Panama-Pacific Exposition (1915), where he work was well received. He seems to have found particular success with Henry Walters and his relatives. The Walters Art Museum holds six works on ivory by the artist.

Acquired by Henry Walters, before 1899