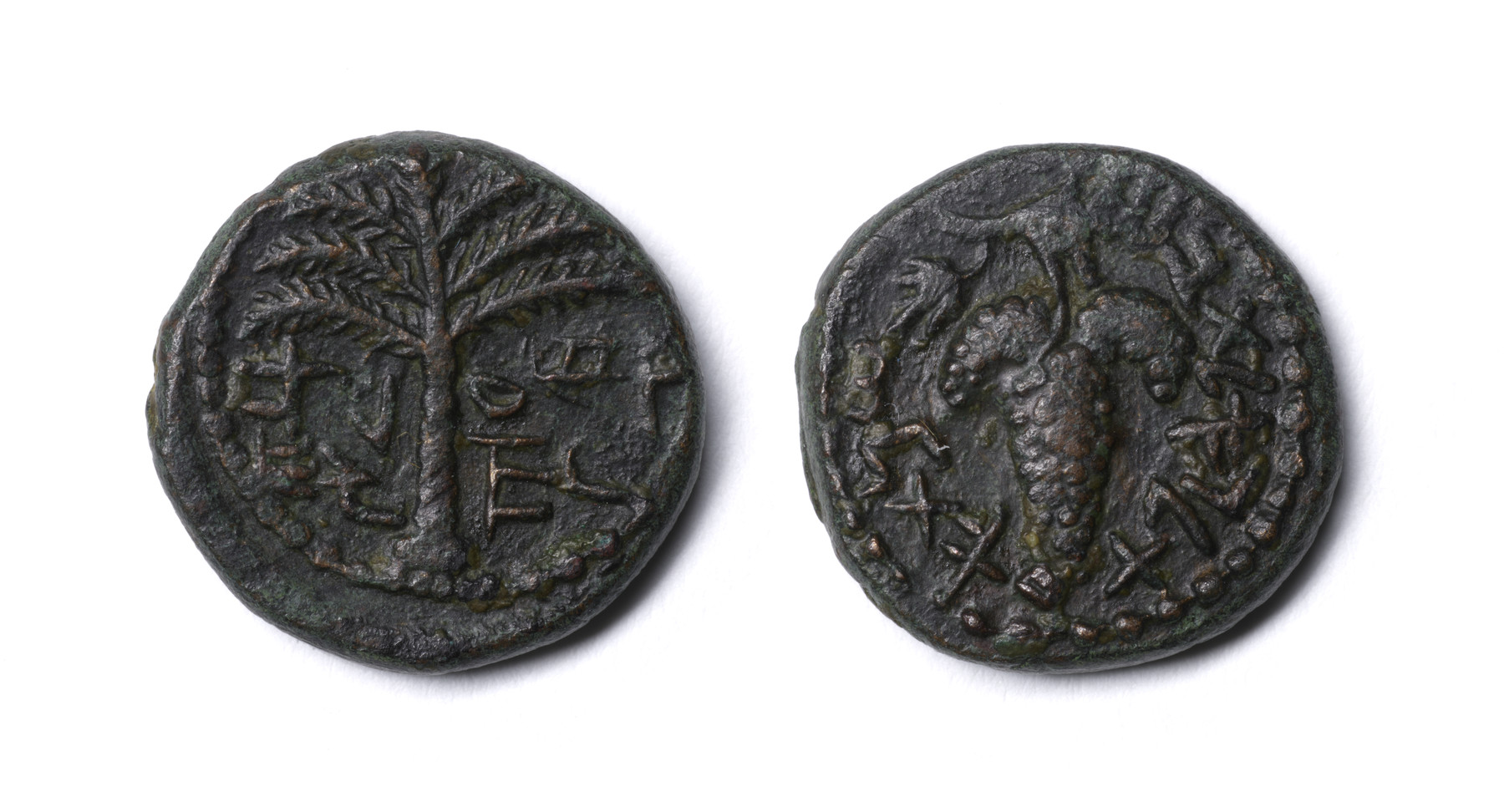 On the obverse is a palm tree with dates; the legend, in Paleo-Hebrew (written with retrograde letters), reads “Eleazar the Priest.” On the reverse is a grape bunch surrounded by a Hebrew inscription that proclaims it is “Year One of the Redemption of Israel.” This coin was struck during the conflict between Judea and the Roman empire commonly known as the Bar Kochba Revolt (132-136 CE), after the leader Shimon Bar Koseba or Bar Kochba (son of the star). Minting coinage was itself a sign of rebellion against the Romans and a claim to sovereignty. Most of the Bar Kochba coins are struck over foreign coinage that was taken out of circulation and filed to remove the existing imagery. The Judaeans then struck the coins with symbols, such as the date palm and grapes, and legends related to Judaea and the Temple, which was destroyed by the Romans in the First Jewish Revolt (66-70 CE).