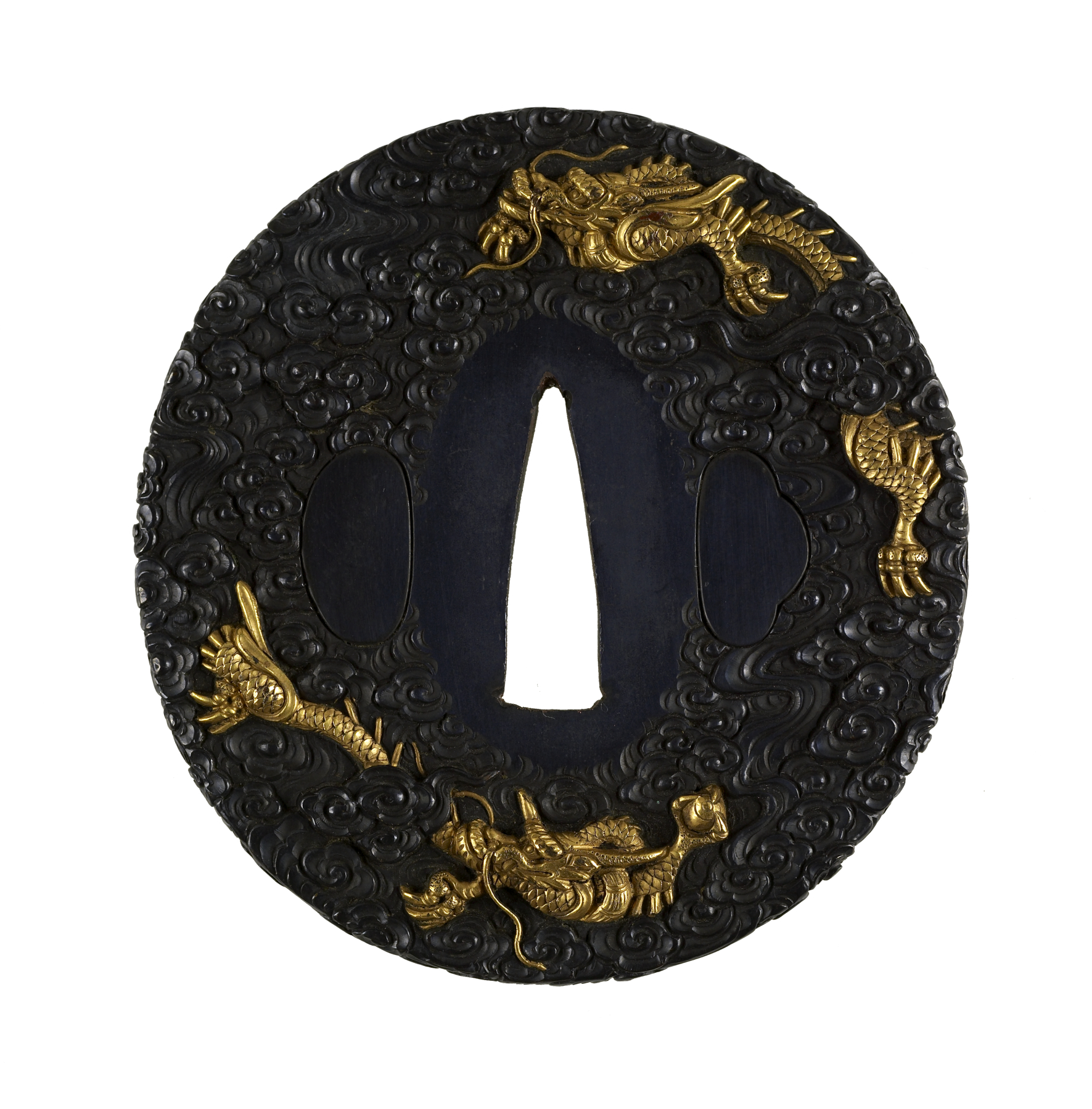 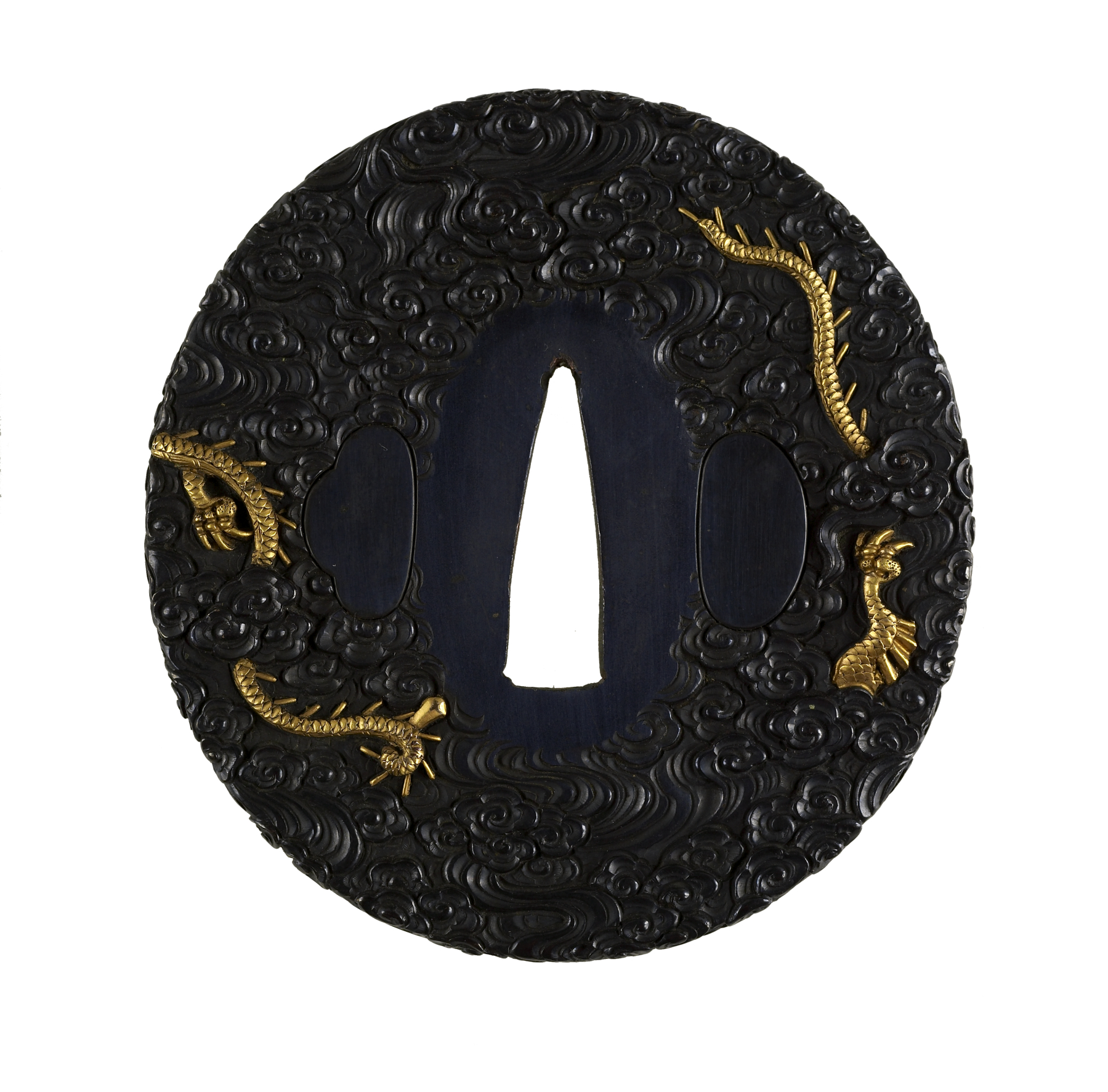 Two gold dragons wrap around the tsuba. Their bodies are partially obscured by clouds and can also be seen on the reverse. The lower dragon holds a jewel. Dragons are often depicted with jewels, which are taken from Buddhist belief and also related to the two tide ruling jewels controlled by the Dragon King of the sea. This is part of a mounted set.