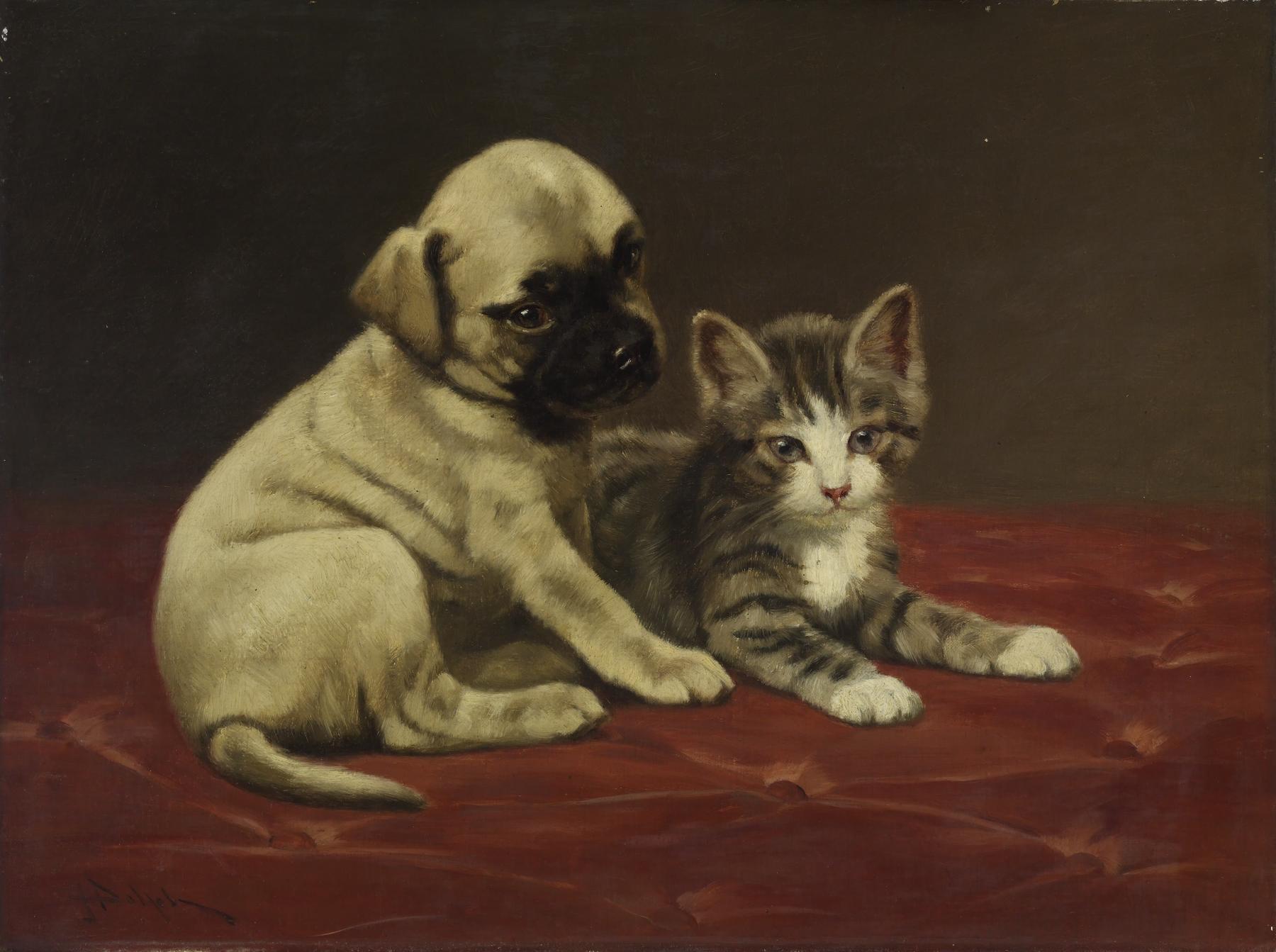 Dolph lived primarily in New York City, he trained with the animal painter Van Kuyck in Antwerp and in Paris from ca. 1868-73. He exhibited at the National Academy of Design and the Paris Salon among other places. He was best known as a painter of cats and dogs, and was referred to as "the American Landseer." He exhibited genre scenes and Hudson River landscapes until 1874 but in 1875 his painting of a Persian cat attracted such great attention that cats and dogs became his focus.