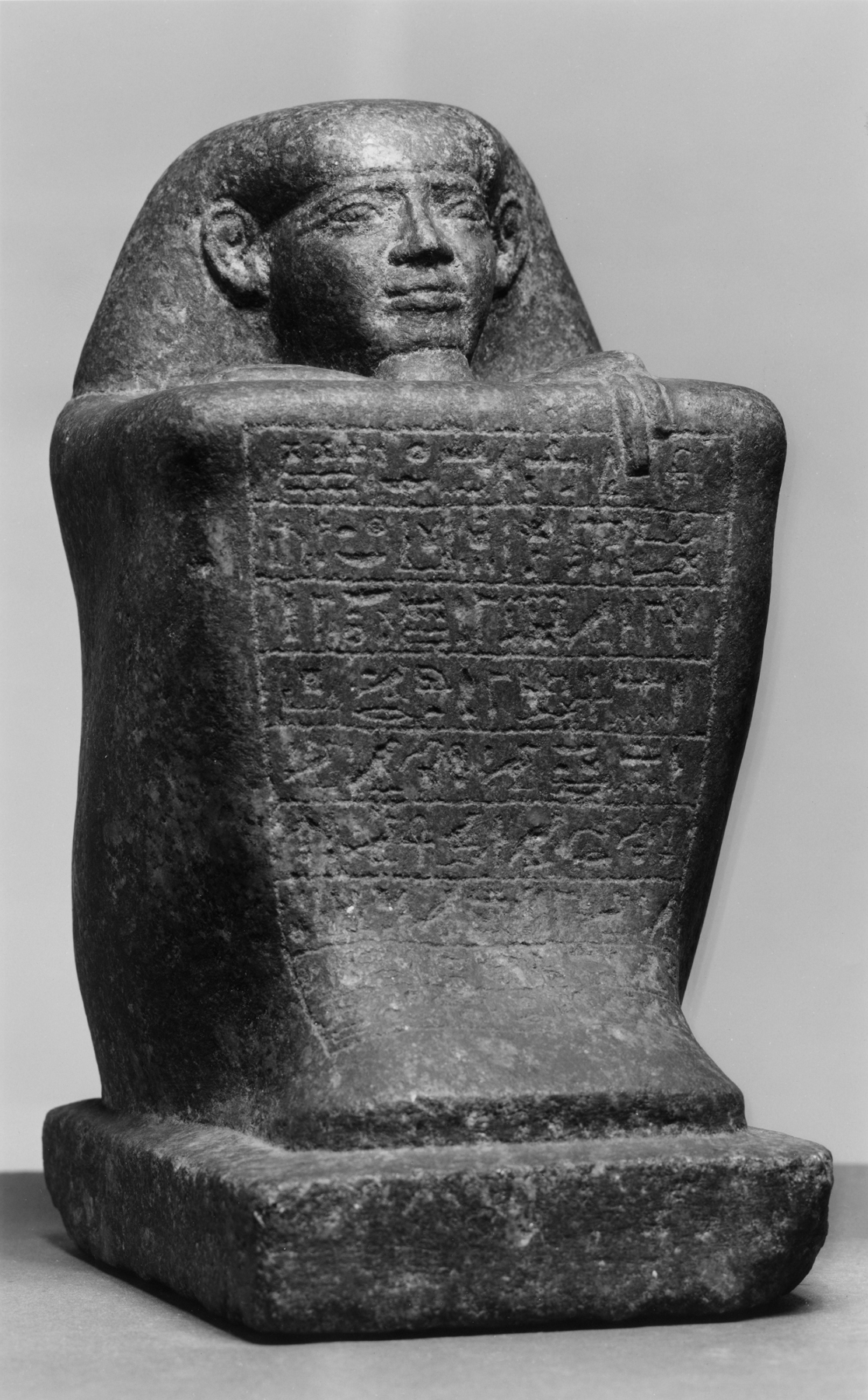 This block sculpture depicts a squatting priest. It is inscribed on the rear, the front dress and the lap.