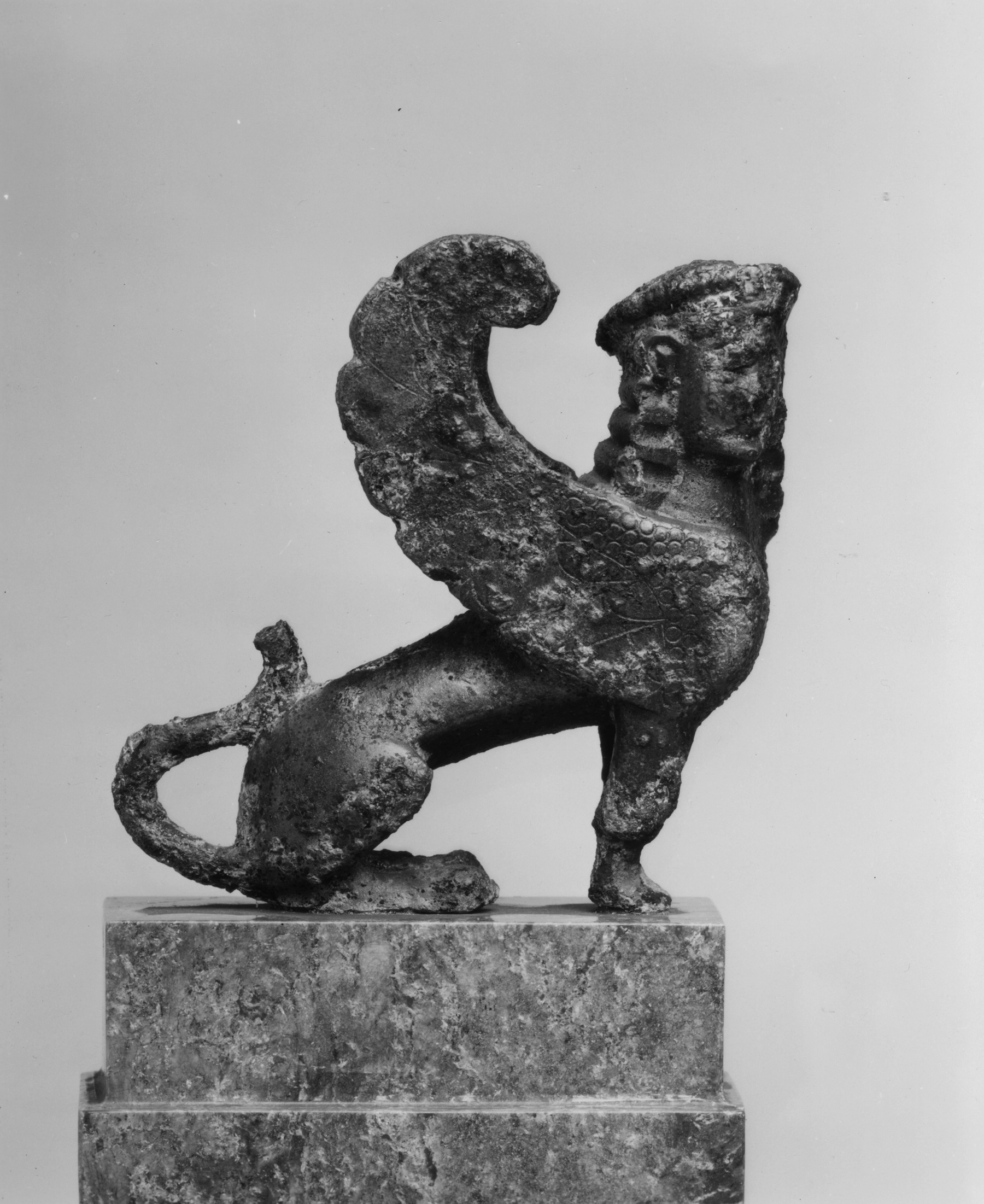 In Greek art, the sphinx was represented as a winged monster with a lion's body and a woman's head. According to the legend of Oedipus, the sphinx devoured men who failed to solve her riddle. Associated with the underworld, she was also a tomb guardian and a protector. During the 7th and 6th centuries BC, statues and statuettes of sphinxes were common dedications in sanctuaries or tombs and were also used as decorative elements on furniture or vessels, like the figurine shown here.