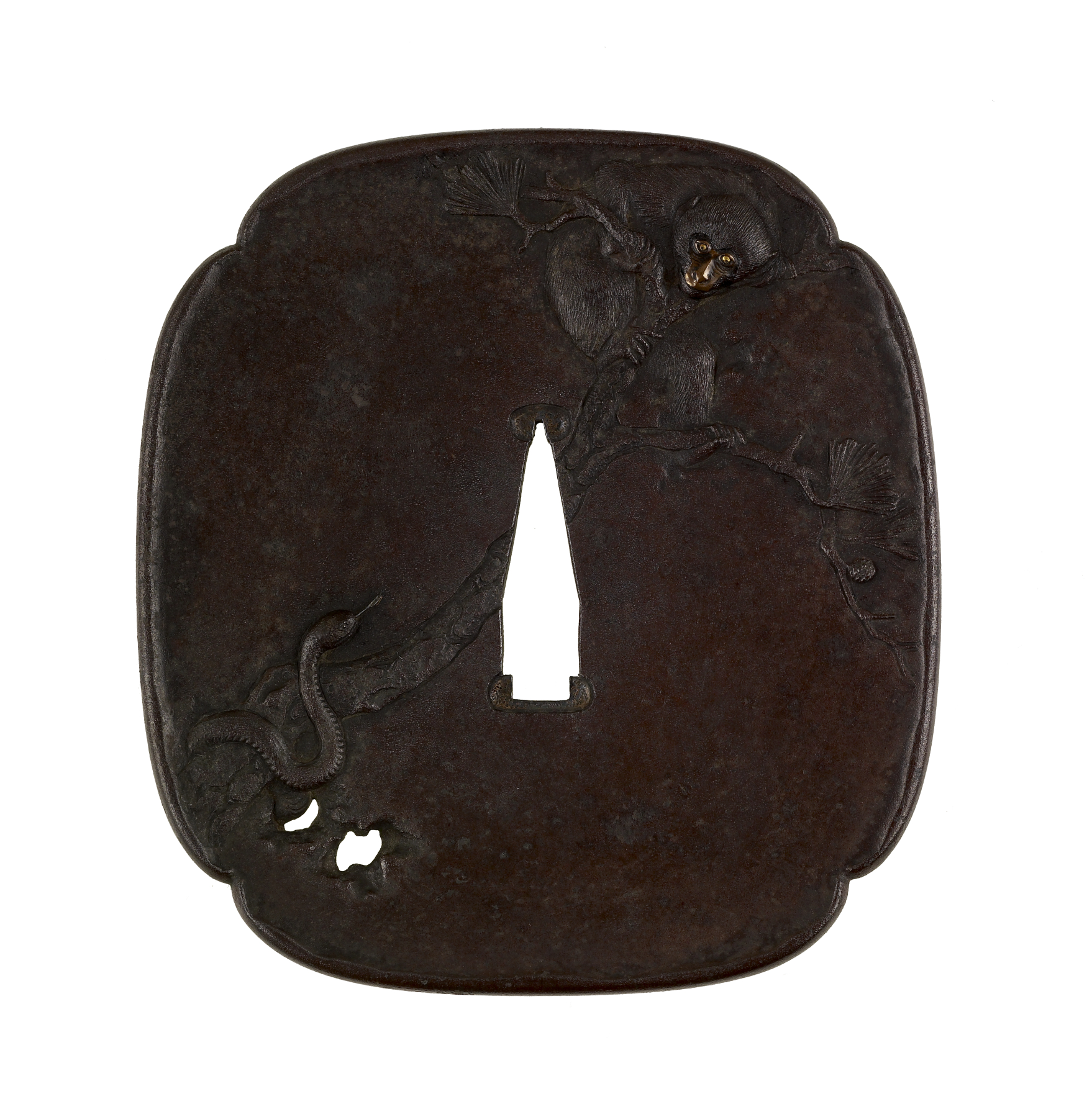 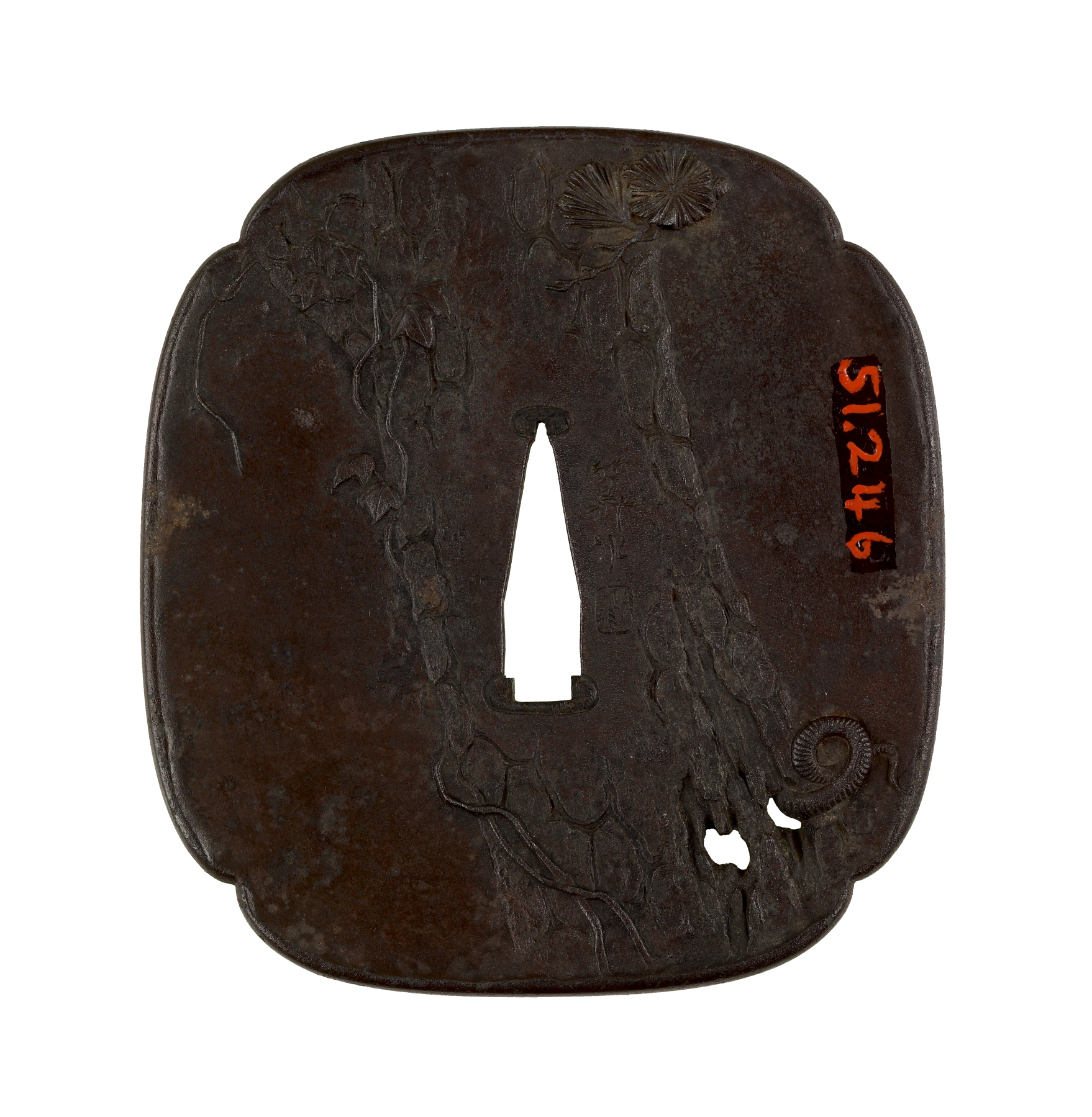 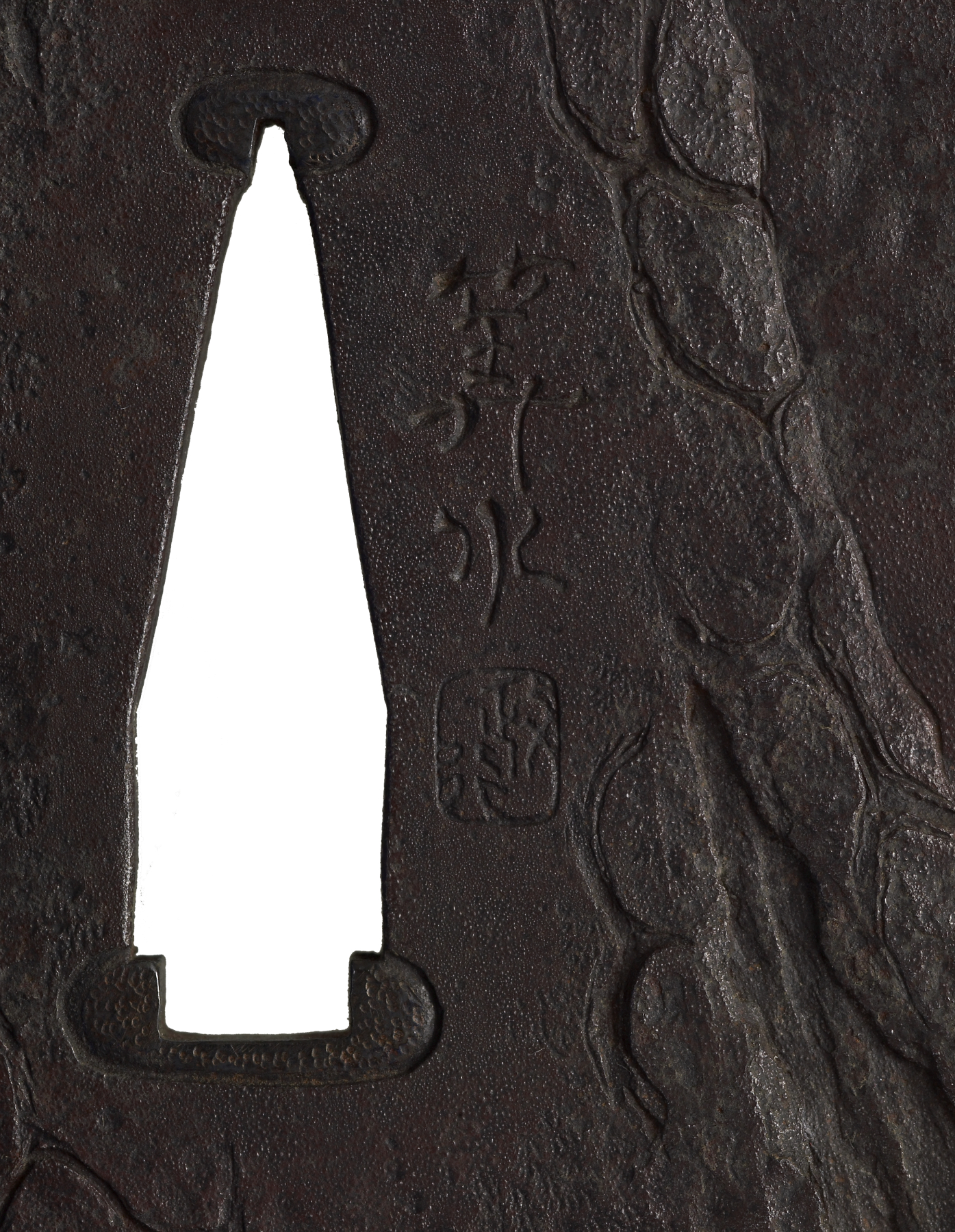 Tsuba with a Snake and a Monkey on a Pine Branch

At the upper right of this tsuba, a monkey sits on a pine branch. Below, a snake sits on the same branch. The tail of the snake continues over the edge of the tsuba. The back of the tsuba depicts the back of the scene from a different angle. The main trunk of the tree occupies the central portion. The tail of the snake reappears near the central opening, seemingly coming through a hole in the tree.