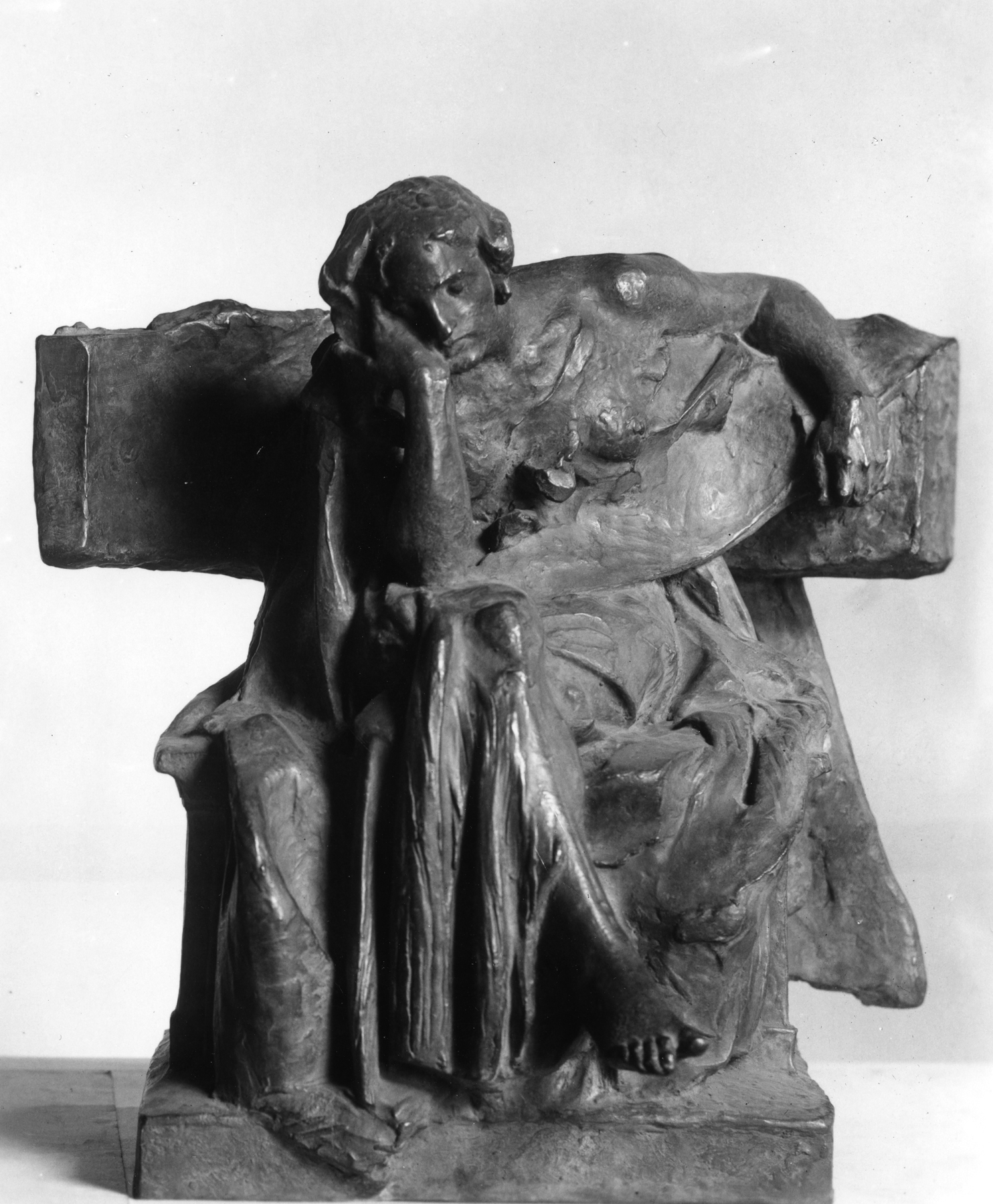 This statuette was cast from the original model for the crowing figure in the pediment of the permanent Art Palace, St. Louis Exposition, 1904 (present location unknown). The artist wrote in a letter to the Walters Art Museum in 1940: "I think I made them ["Inspiration" and "Justice" (WAM 54.693)] in 1903, that they belong to Mr. Hebrard, Rue Royale, Paris, and were by him sold to Mr. Walters in 1906. They are the original studies for other works and there are no other copies in existence."

[Signature] On left side: O'CONNOR; [Stamp] Within an oblong: CIRE PERDUE. A A HERBRARD