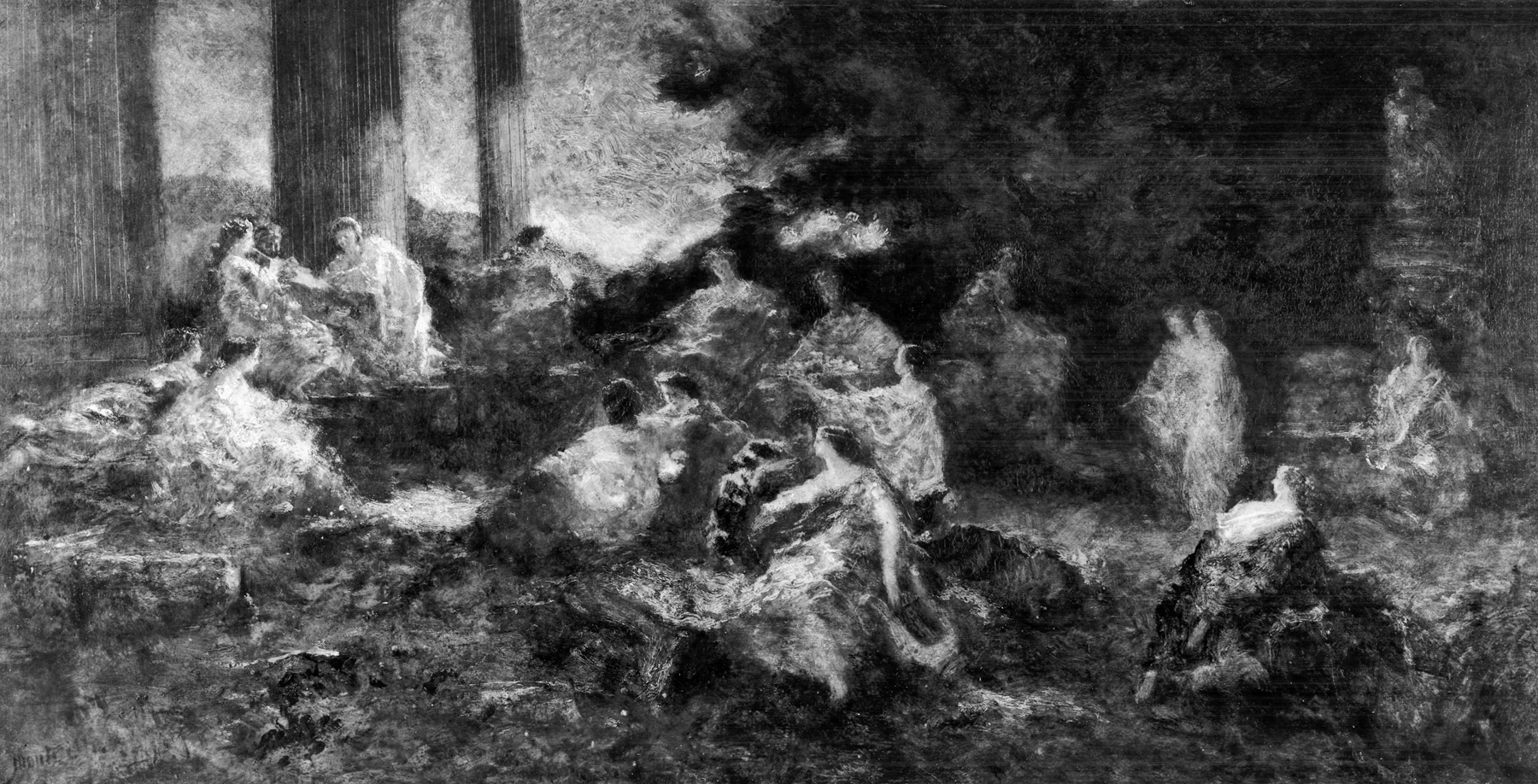 Monticelli, an artist from Marseilles, enjoyed a considerable following in the Paris of Napoleon III (reigned 1852-70). He specialized in pastoral vistas, such as this view of elegantly attired women relaxing in a park at twilight. The subject recalls the fêtes galantes, or outdoor scenes of amorous couples, painted by the 18th-century masters Antoine Watteau and Nicolas Lancret, but the unusual, rich colors and dense brushwork of Monticelli's paintings attracted such avant-garde painters as Paul Cézanne and Vincent van Gogh.