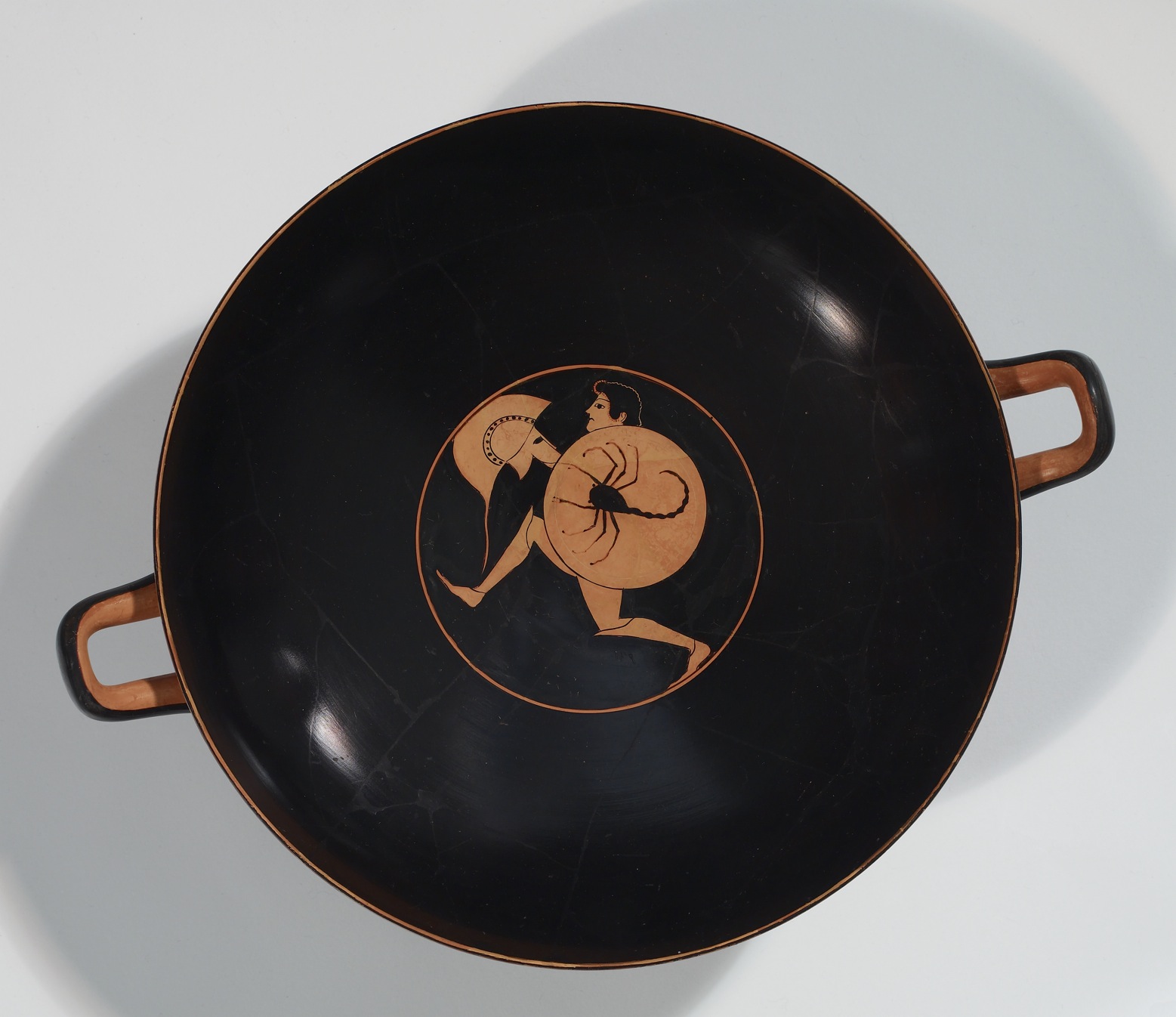 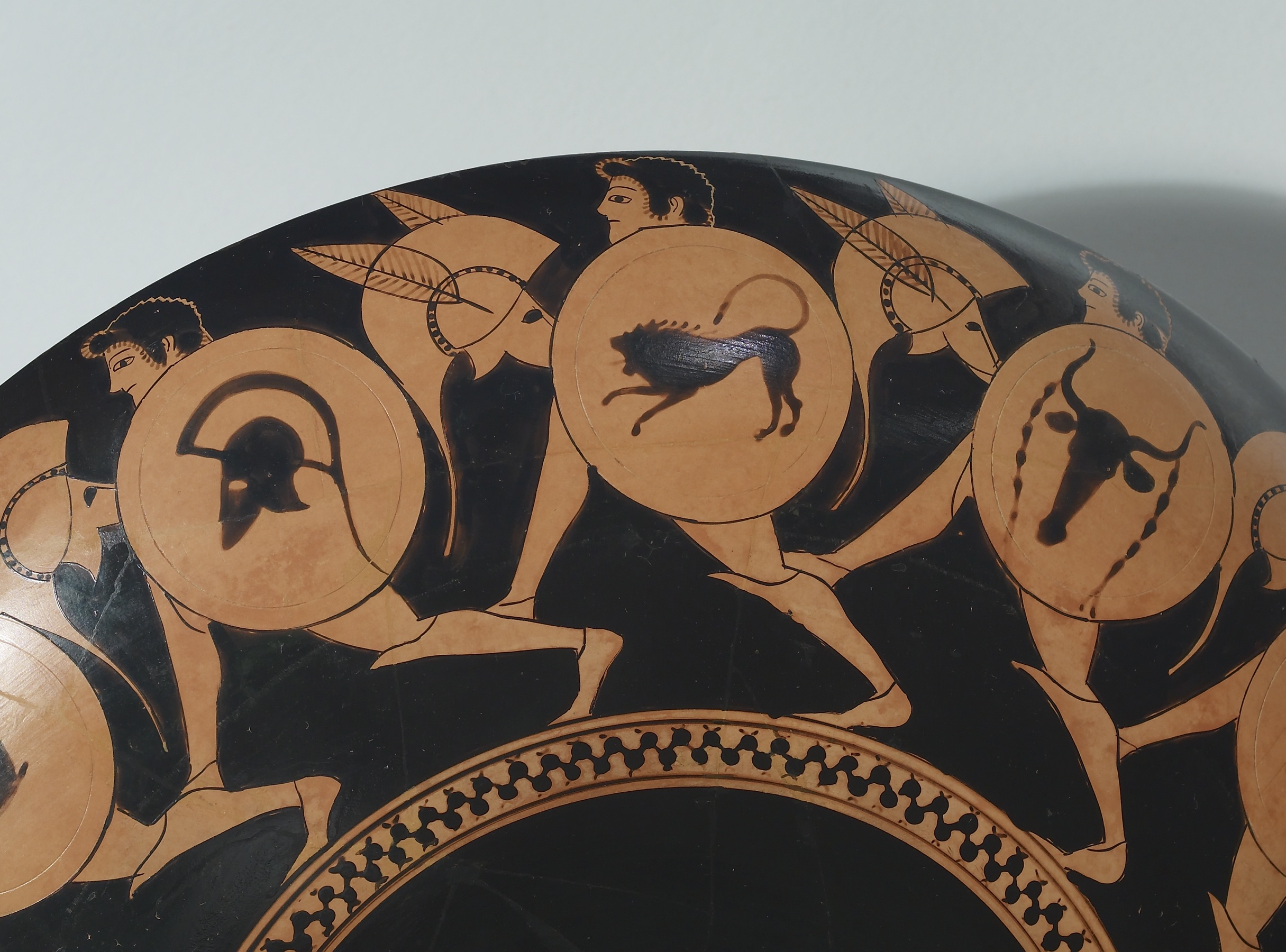 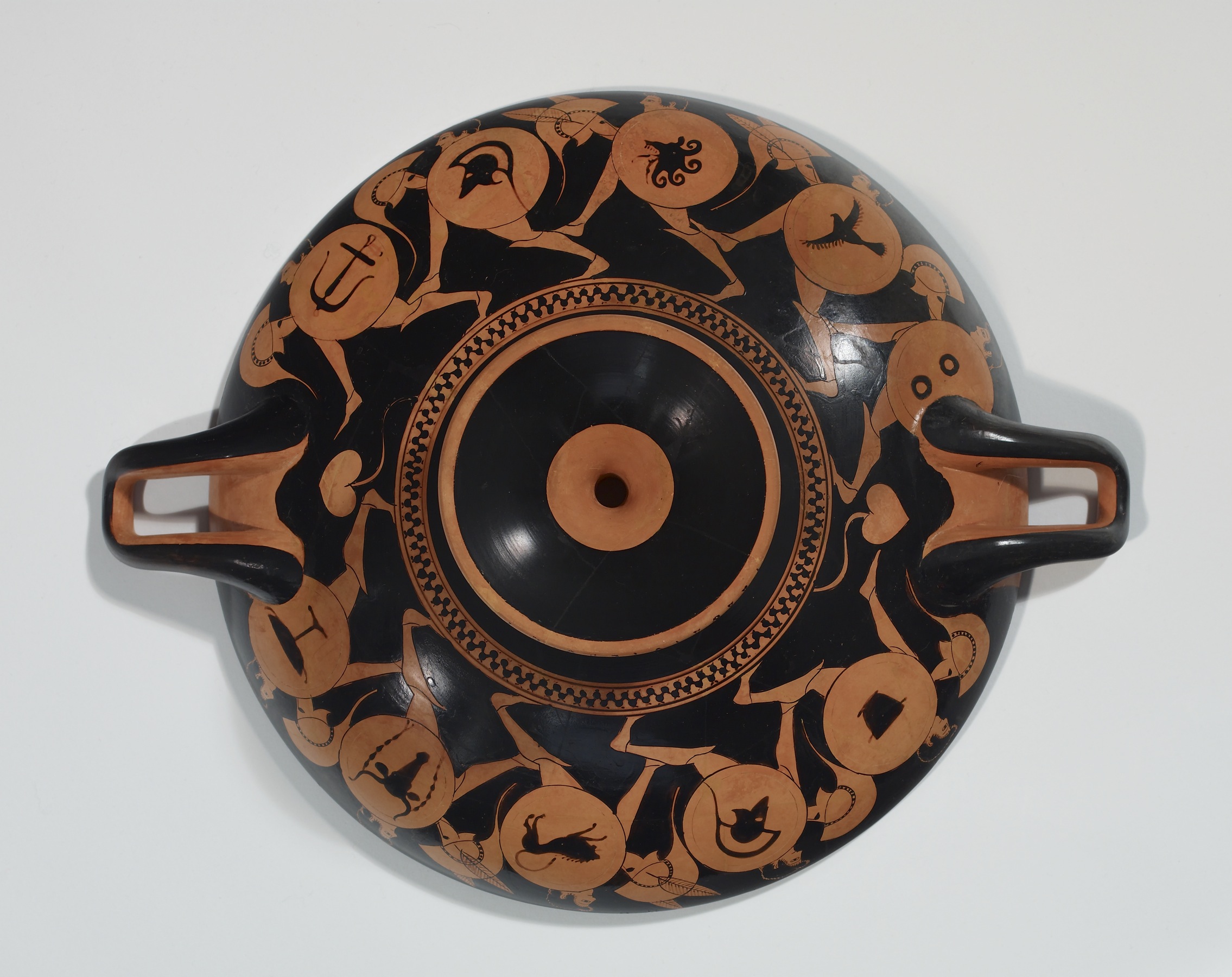 Ten warriors wearing greaves and carrying large, round shields and Corinthian helmets race around the exterior of this kylix (shallow two-handled cup), perhaps participating in a hoplitodromos, a footrace performed while carrying armor as part of the Panathenaic Games. Almost every shield bears a different emblem, including two drinking cups, a bukranion (cow skull), a bird, an anchor, a lion, and two helmets, while a scorpion covers the shield of the single figure decorating the central tondo (medallion). The vessel itself was formed by Pamphaios, who signed his name on the edge of the foot, while an artist known only as the Nikosthenes Painter created the decorative scenes.

Kylikes were the most common form of drinking vessel in ancient Greece. The exterior was often elaborately decorated, while the tondo in the center was revealed after the contents of the cup were consumed (the scenes were sometimes amusing as well as artistic). Some kylikes had large eyes painted on the exterior, like this one, making the cup appear to be a mask, with the foot acting as a nose, when the drinker raised the kylix to his mouth. At the end of a symposium, the reveler might have used this kylix to participate in a game of kottabos, which involved flinging the dregs of his wine from his cup at a target.