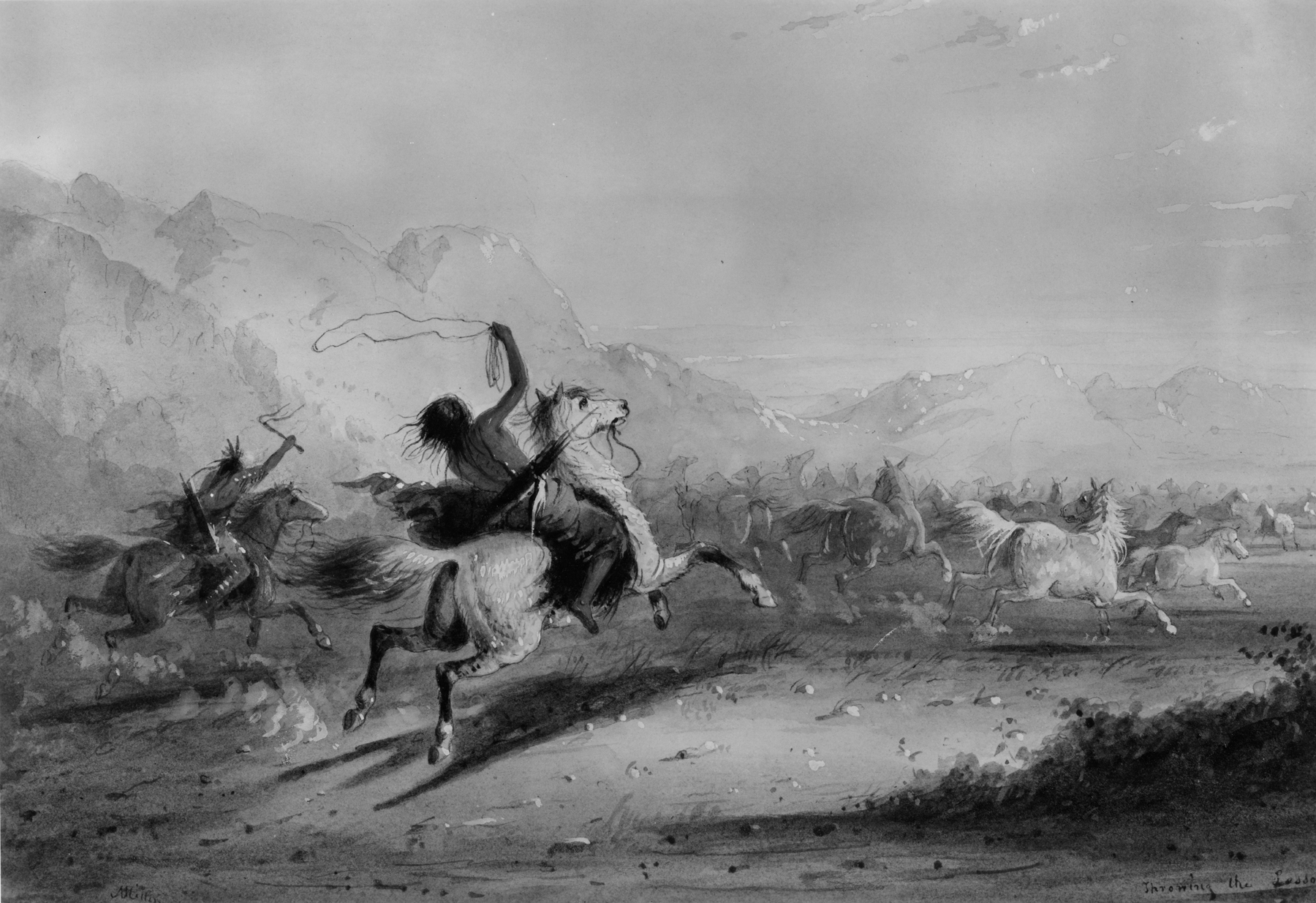 Capture of Wild Horses by Indians

"The Lariat used for this purpose is composed of plaited Bull-hide, is remarkably strong, pliable, and of sufficient weight for throwing well, about 25 feet ong, one end generally secured to the rider's horse, the other having a running noose, held by the right hand, the coil being so arranged as not to tangle when the rope is thrown. On approaching the band, his body swaying to and fro, the noose part is flourished above the head, and as opportunity offers, is flung with great precision and dexterity, around the neck or leg, whichever appears most feasible to the Indian; and the tame horse is so trained that he immediately resists the strain by bracing himself back, against the suddenness of the jerk. Another mode of capturing is called by the trapper 'creasing' with the rifle, the object is to lodge the ball at the junction of the mane with the neck; if this is attained. the horse is knocked down, and only stunned, is secured and broken. This requires of course, a good marksman, or in the Vernacular, one who shoots 'Center.'" A.J. Miller, extracted from "The West of Alfred Jacob Miller" (1837).