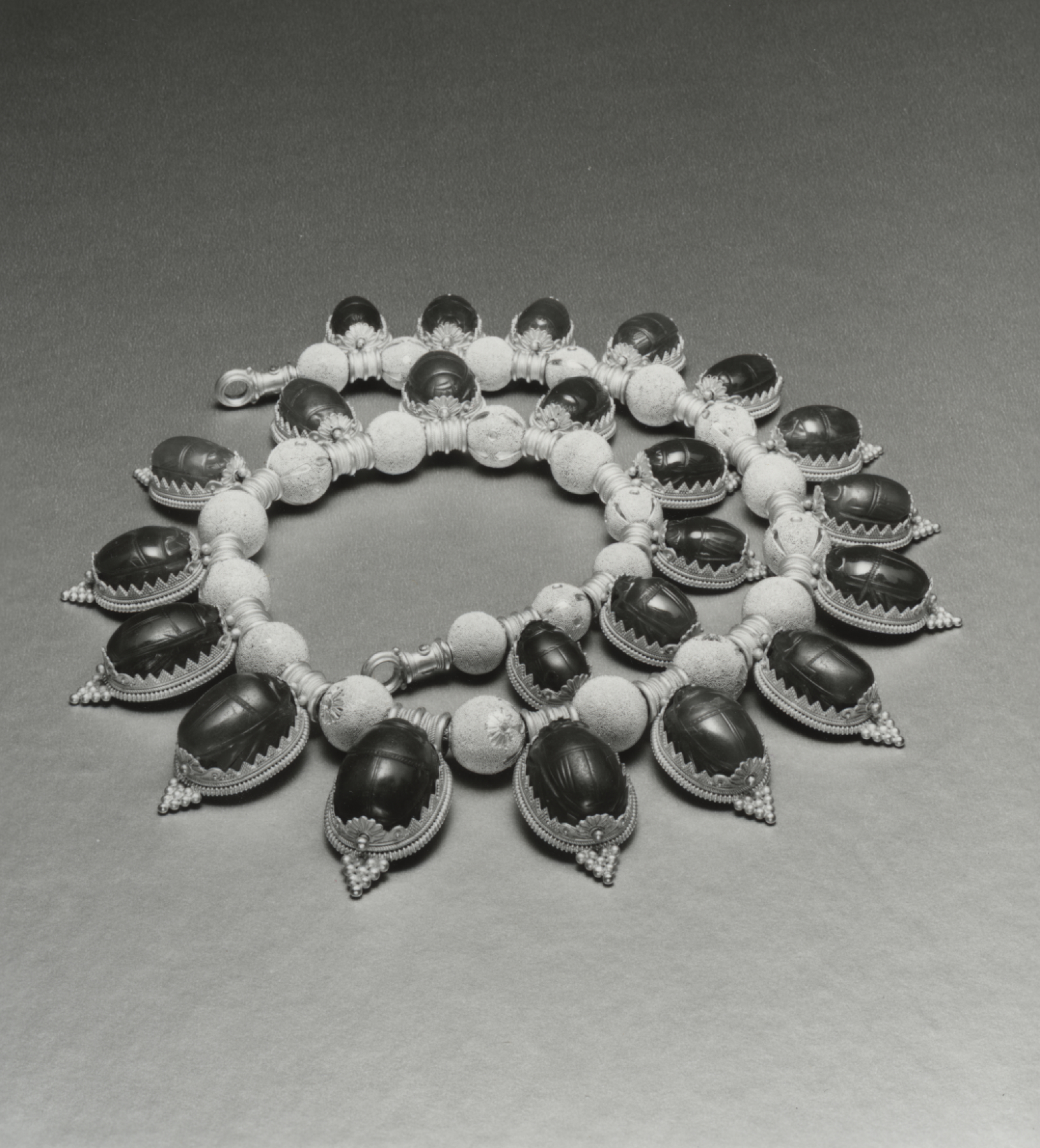 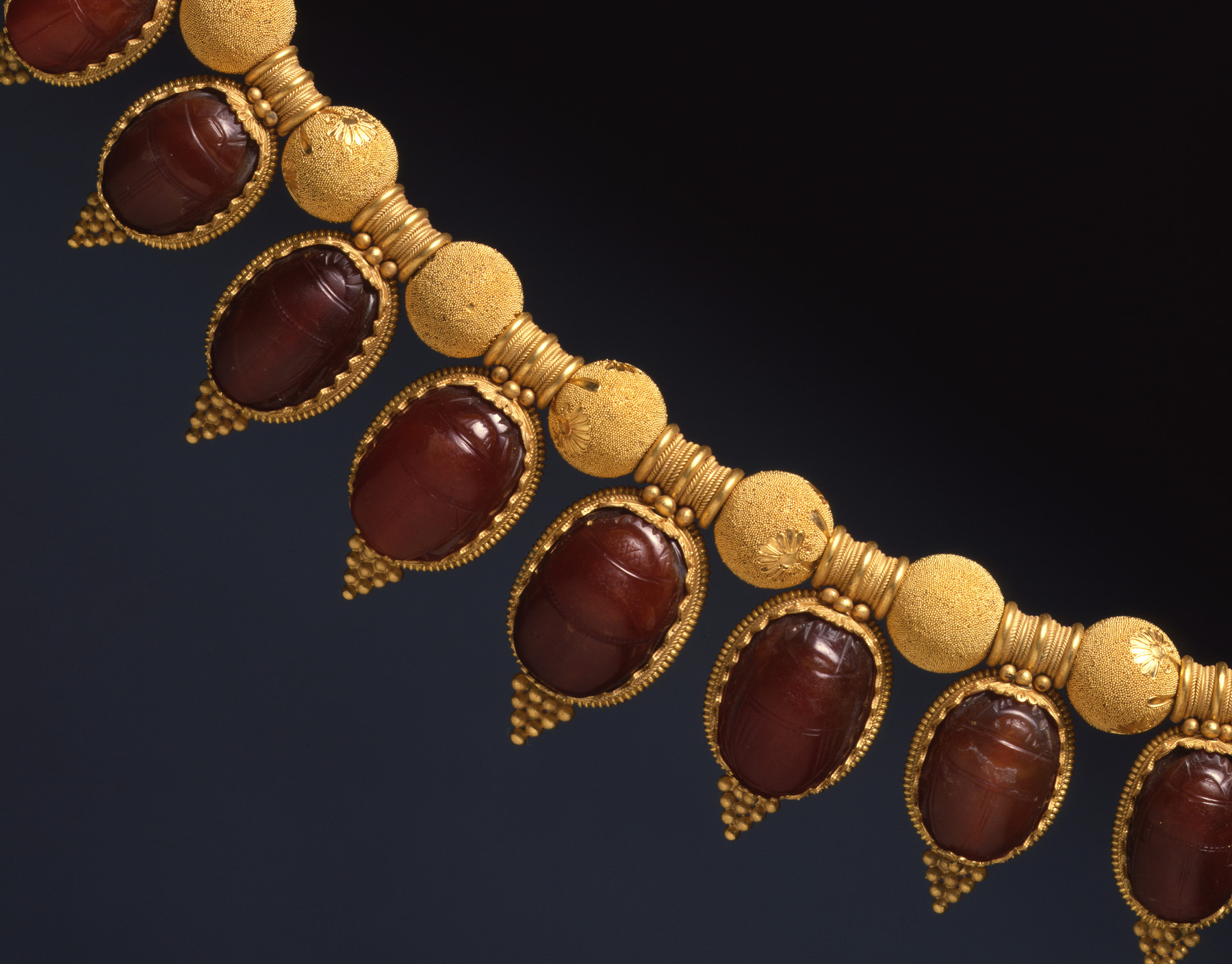 Archaeological jewelry decorated with ancient and modern scarabs was popular in Europe during the second half of the 19th century. The Castellani workshop was famous for its copies of ancient jewelry, and this necklace has been attributed to Giacinto Melillo, one of Alessandro Castellani's apprentices and protégés (another similar necklace in the Walters Collection, 57.1530, bears his mark on the clasp). In 1865 Melillo took over Castellani's workshop in Naples, which Henry Walters visited in 1903.