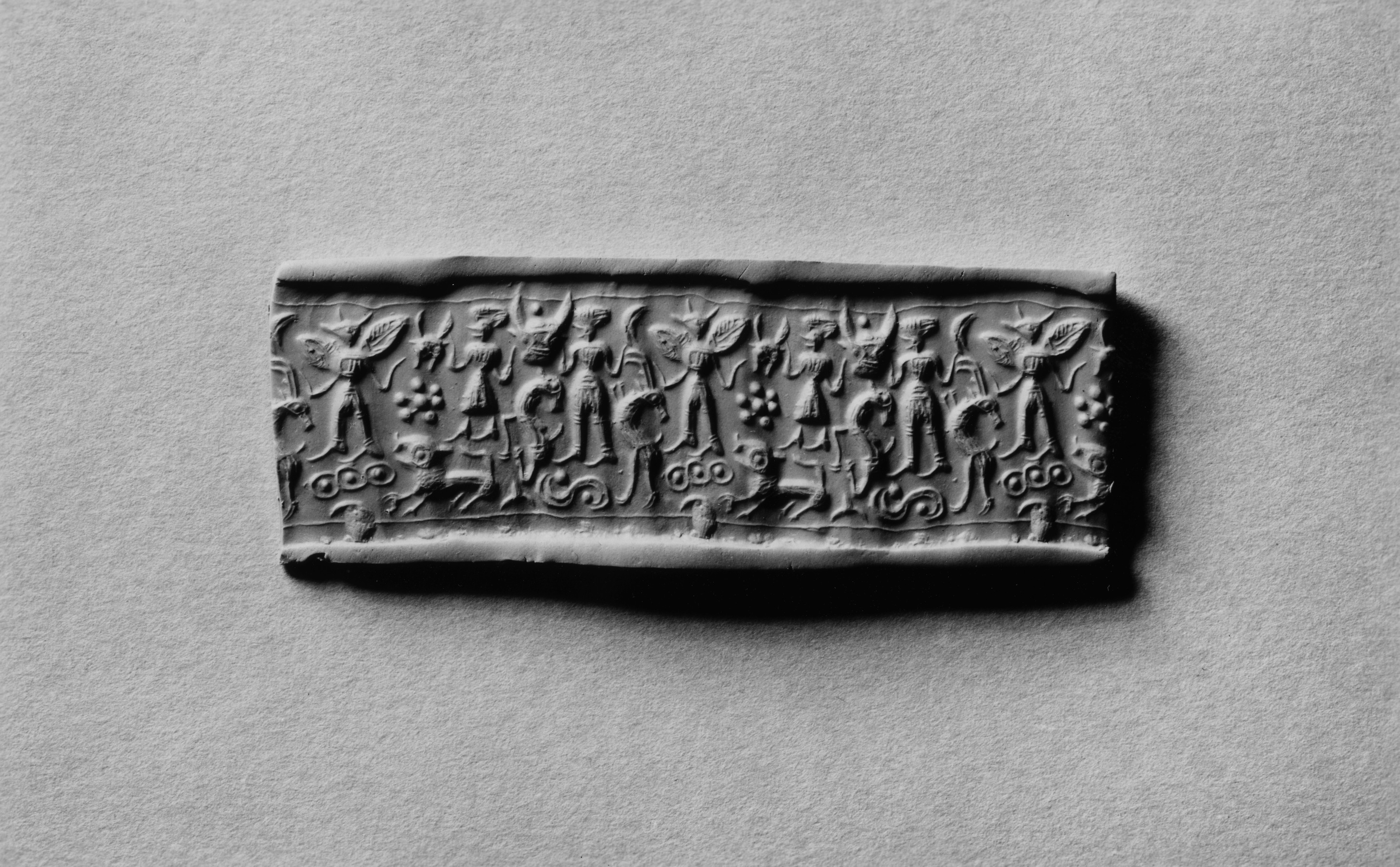 Cylinder Seal with Figures, a Winged Genius, and Animals