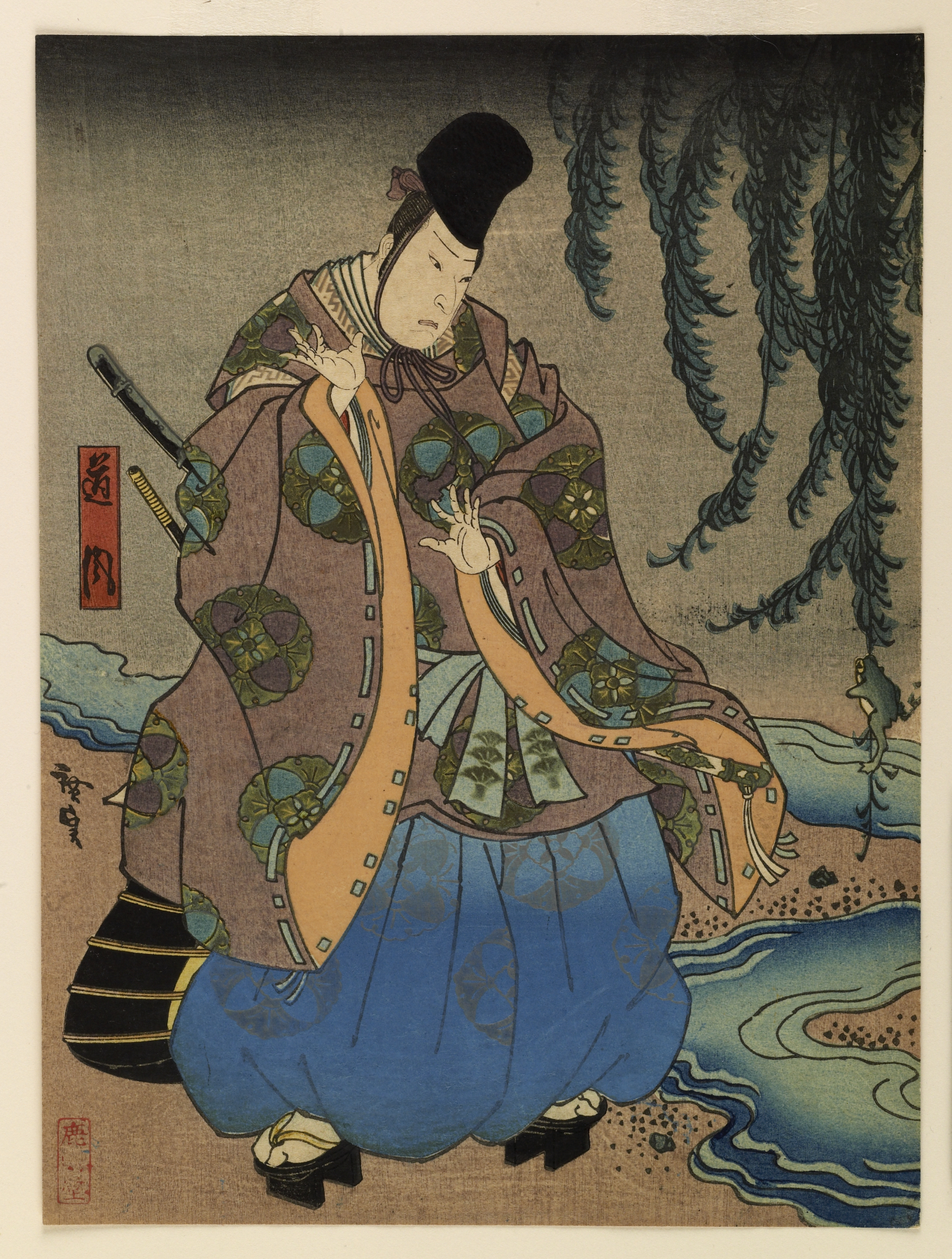 Ono no Tofu, a 10th-century calligrapher and statesman, seven times failed to achieve promotion at the imperial court. Leaving the palace one day, he noticed a frog attempting to leap up to the branch of a willow tree. Seven times the frog leaped; seven times it failed. On the eighth try it succeeded, and Ono no Tofu took heart, embarking on his illustrious career and serving in later centuries as a model for schoolchildren learning to write.