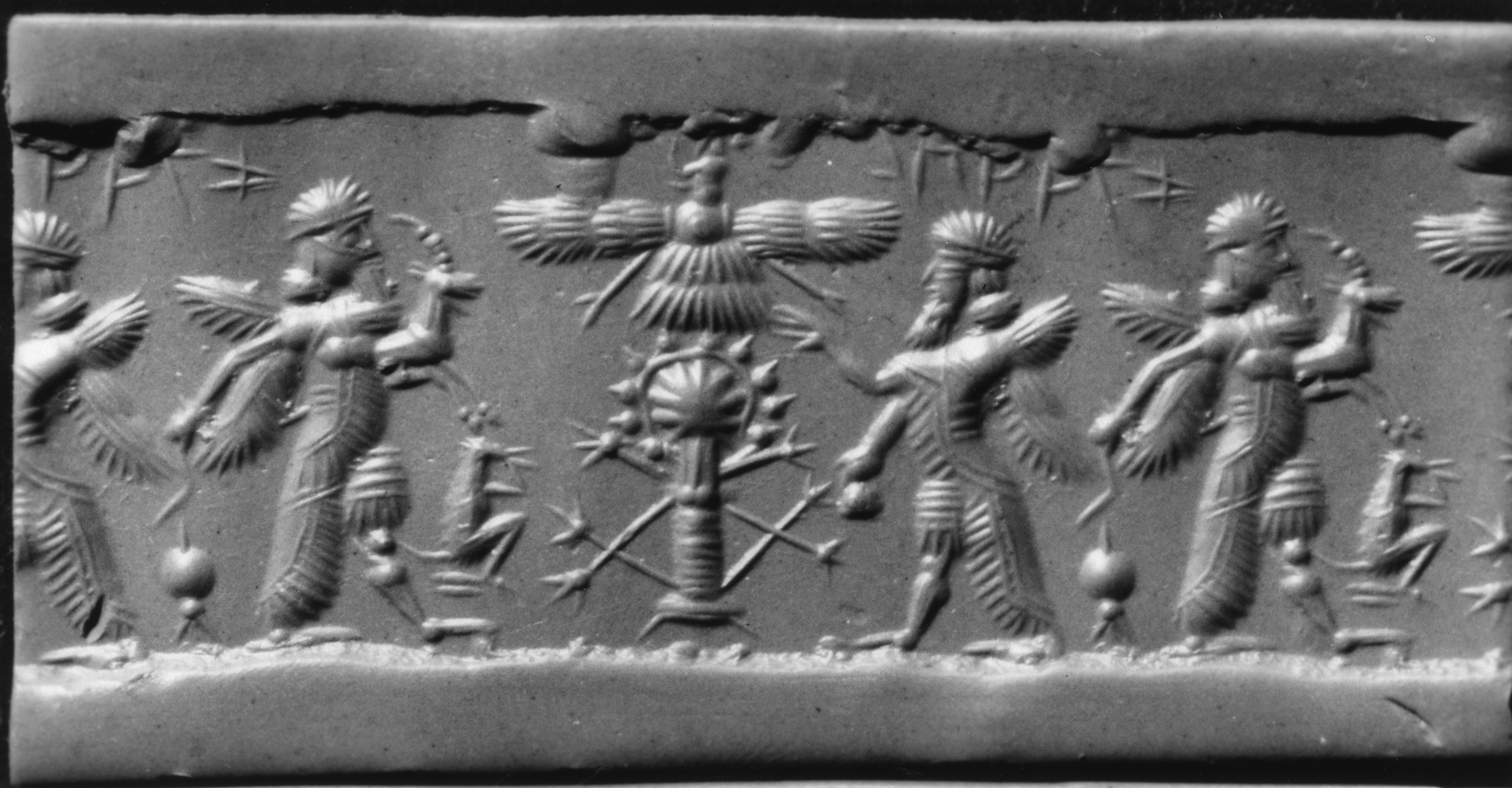 Cylinder Seal with Winged Animals with Human Heads and a Bird

This seal depicts two winged deities flanking a stylized tree and signed sun disc. One deity holds a pinecone and the other holds a kid. An inscription is incorporated in the scene. The authenticity of this piece has been questioned.