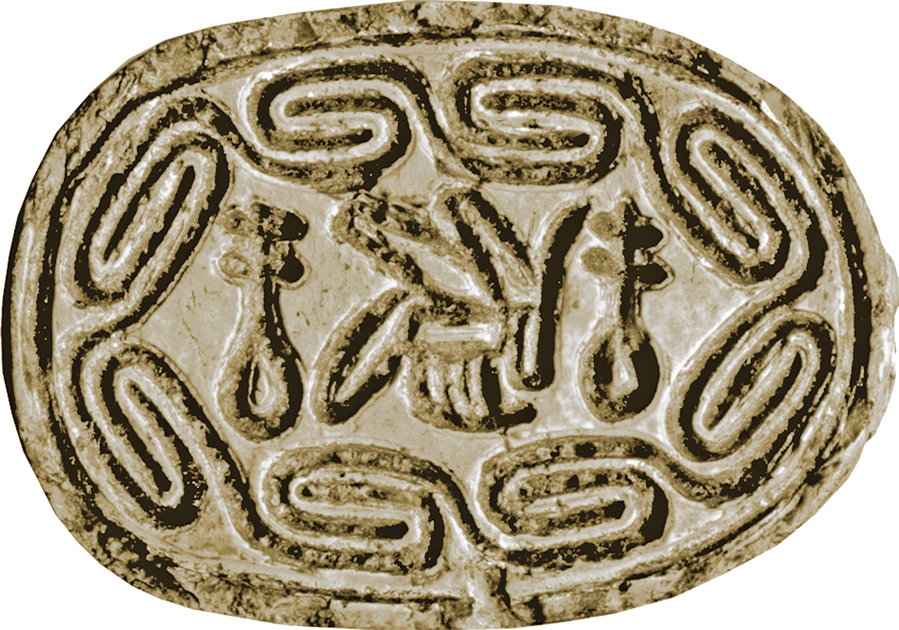 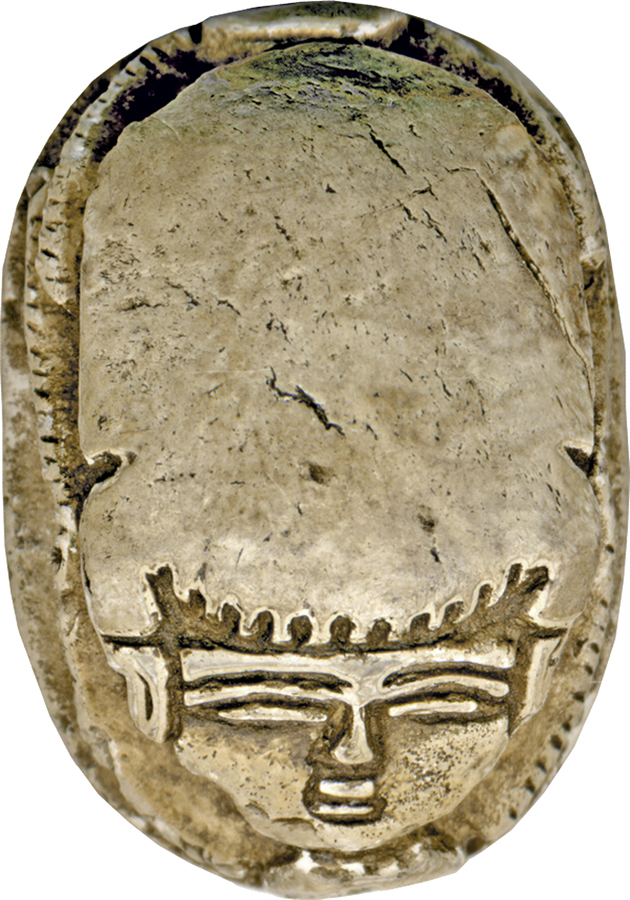 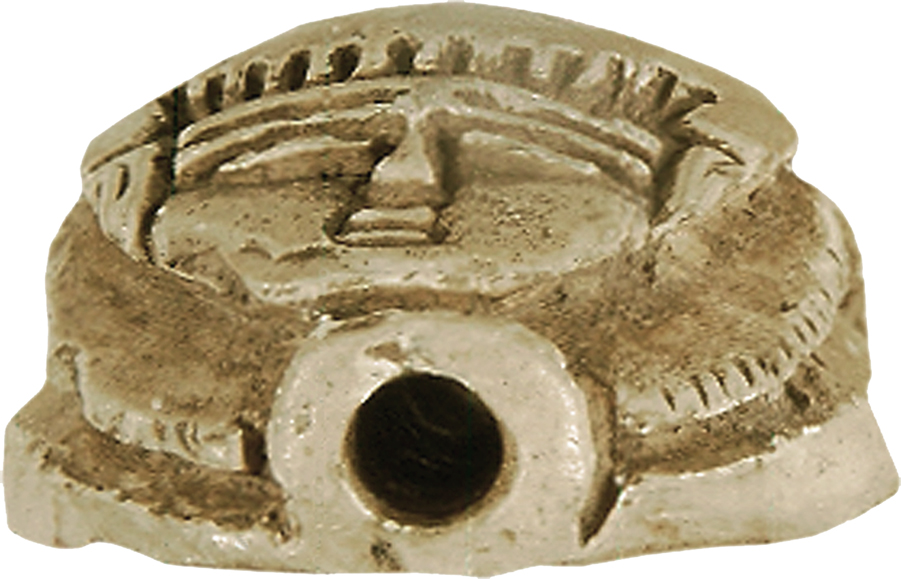 Scarab with a Human Face

The head of this scarab is carved as a human face, the rest of the body as a beetle. The highest point of the back is the pronotum (dorsal plate of the prothorax), and two side-notches at shoulder height define the partition between pronotum and elytron (wing cases). The proportions of the top are almost balanced, but the head section protrudes into the pronotum. The raised, slender extremities have natural form and diagonal hatch lines on the upper sides for the tibial teeth and pilosity (hair); the background between the legs is hollowed out. The long-oval base is symmetrical, and the drill-holes are framed. The bottom design displays a line with three hieroglyphs: the bee ("kingship") in the center, flanked by two nfr-signs ("perfection"). The hieroglyphs are enclosed by eight interlocked Z-shaped spiral scrolls, two elongated horizontally on each length side, two elongated diagonally (with different orientations) on the short sides; the arrangement is framed by an oval line. The numeric arrangement of the spiral scrolls is: 2+2+2+2 = 8. The layout of the bottom design is well organized, and the line flow almost regular.

The scarab is longitudinally pierced, was originally mounted or threaded, and functioned as an amulet with kingship and good luck connotation. It should ensure royal support (bee), good luck (nfr), and total renewal (8 spiral scrolls). The combination of scarab body and human face may indicate the transformation process of the renewing sun god. Erik Hornung and Elizabeth Staehelin comment to scarabs with human heads that they base on the Egyptian tendency of personification and anthropomorphism. Nevertheless, it seems obvious that this form represents a special aspect of the sun god. Images of Khepri since the New Kingdom in the books of the underworld show either the pure scarab or a mummified human body with scarab instead of a head; there is also the combination of beetle body and ram head, e.g. in the sixth part of the Book of Caverns, but no one with human face. The human head of scarab amulets could refer to different divine aspects (such as Atum or Osiris), but an interpretation as the face of the solar child seems the most likely one.

[Translation] The three hieroglyphic signs: nfr, bj.tj, and nfr have in this context most probably no syntactic relation, but are equally meaningful: Perfection - Kingship - Perfection.