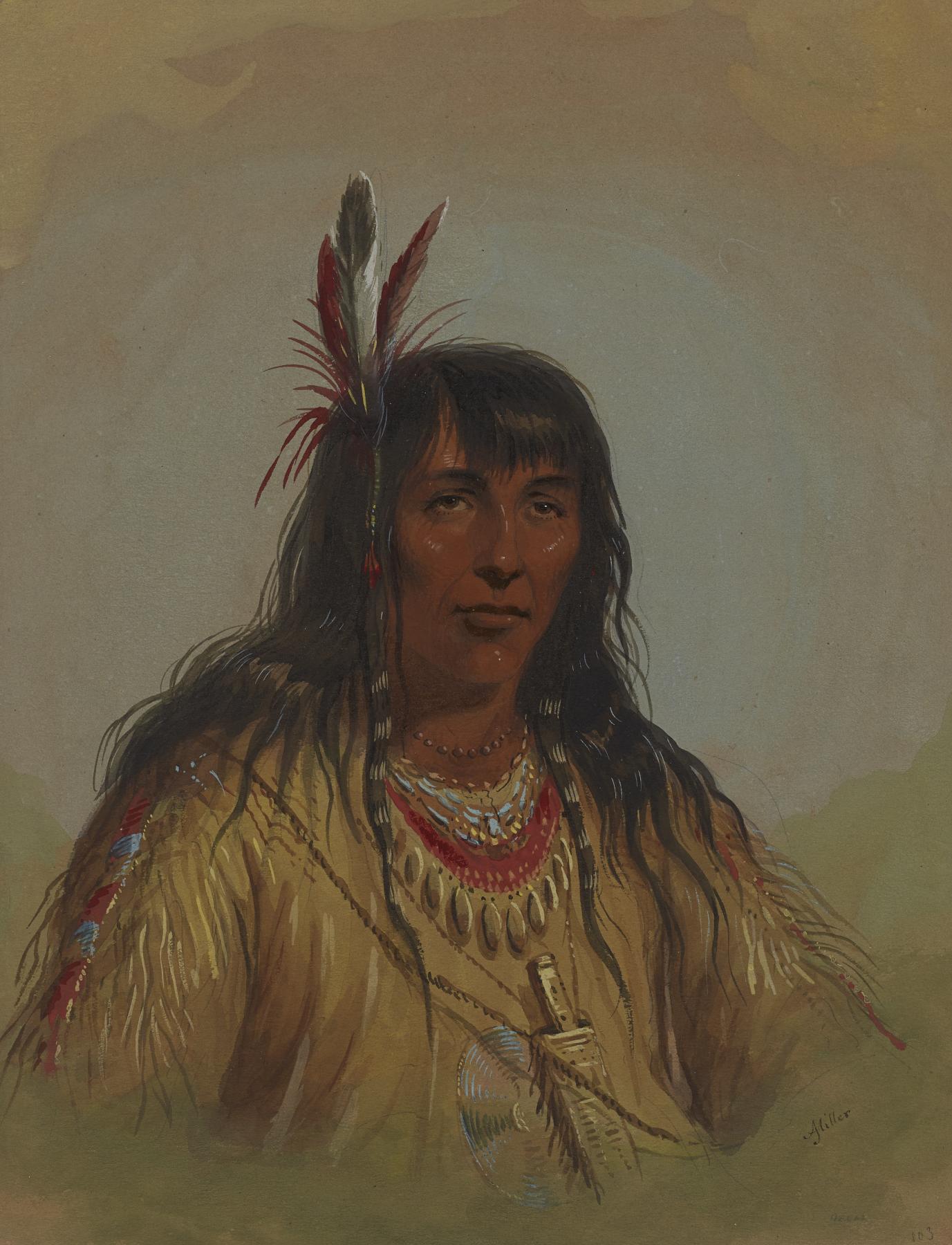 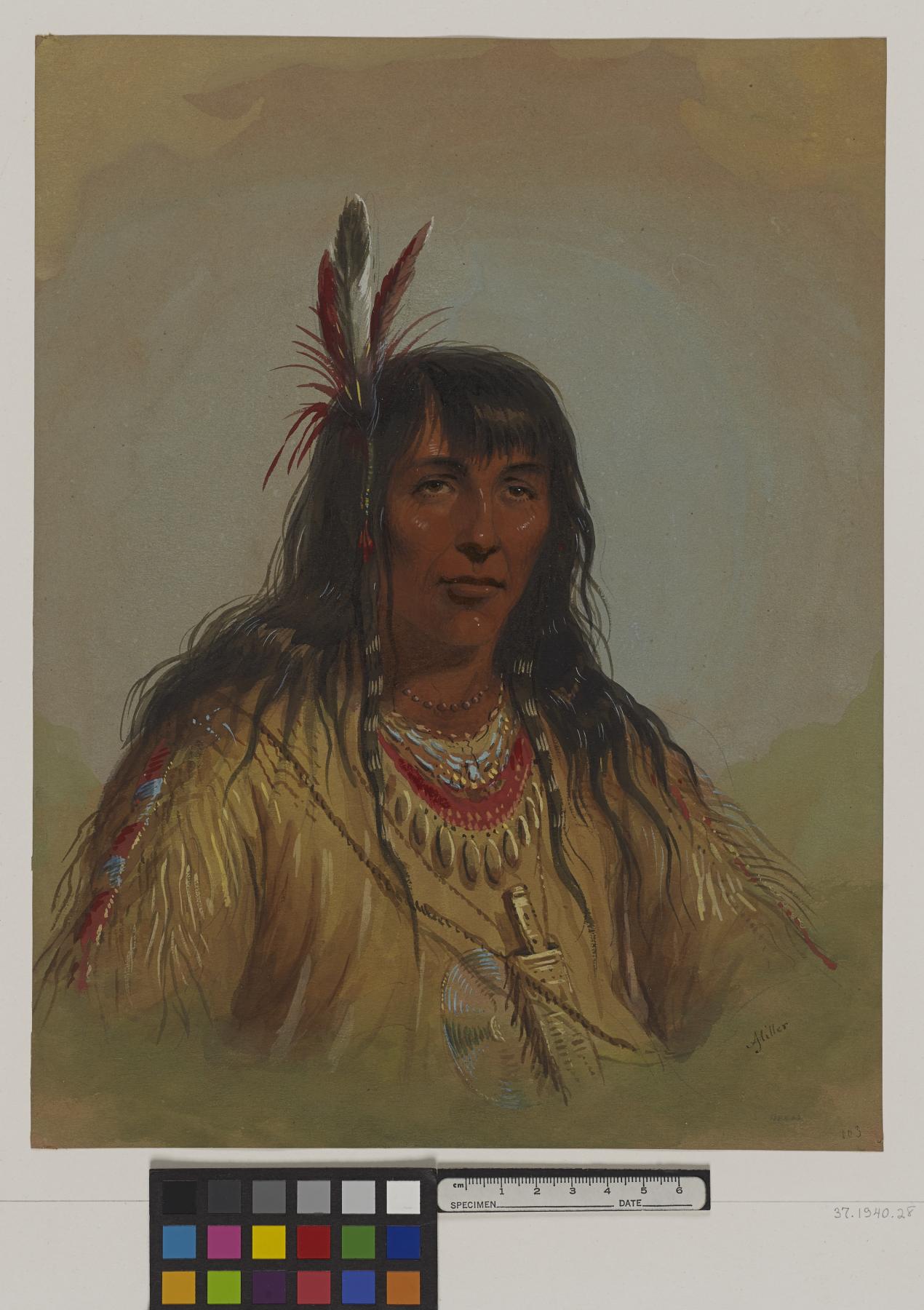 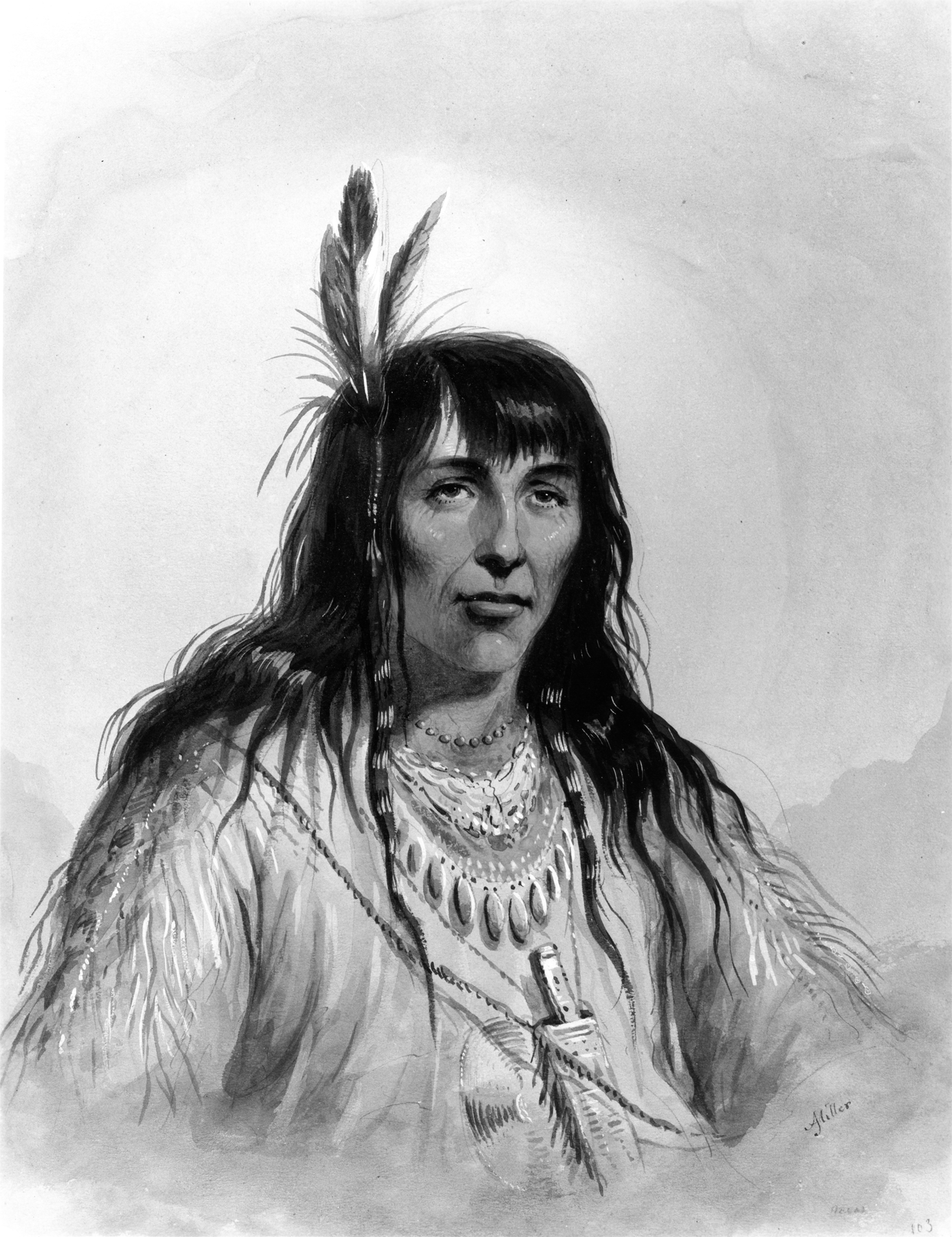 "A small deputation of this tribe visited us on Green River, and the sketch is from a favorable specimen; they have the reputation of being capital hunters; successful also in their defense against the Blackfeet." A.J. Miller, extracted from "The West of Alfred Jacob Miller" (1837).