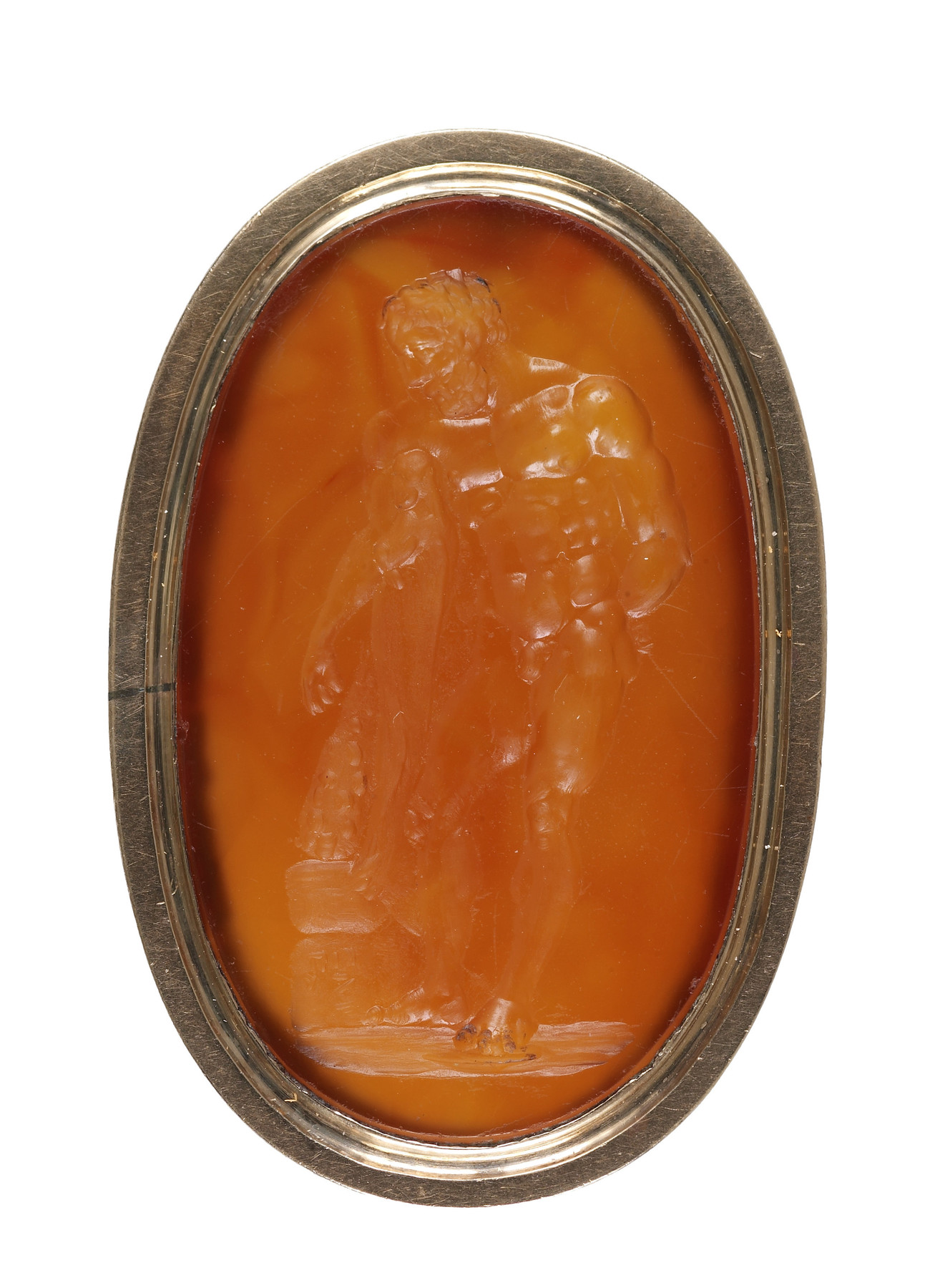 Ring with Sardonyx Intaglio of the Farnese Hercules

This intaglio represents a famous ancient statue of Hercules in the courtyard of the Farnese Palace in Rome. It is probably after a gem carved by a member of the Pichler family.

Museum purchase (formerly in the collection of Mrs. Henry Walters), 1942