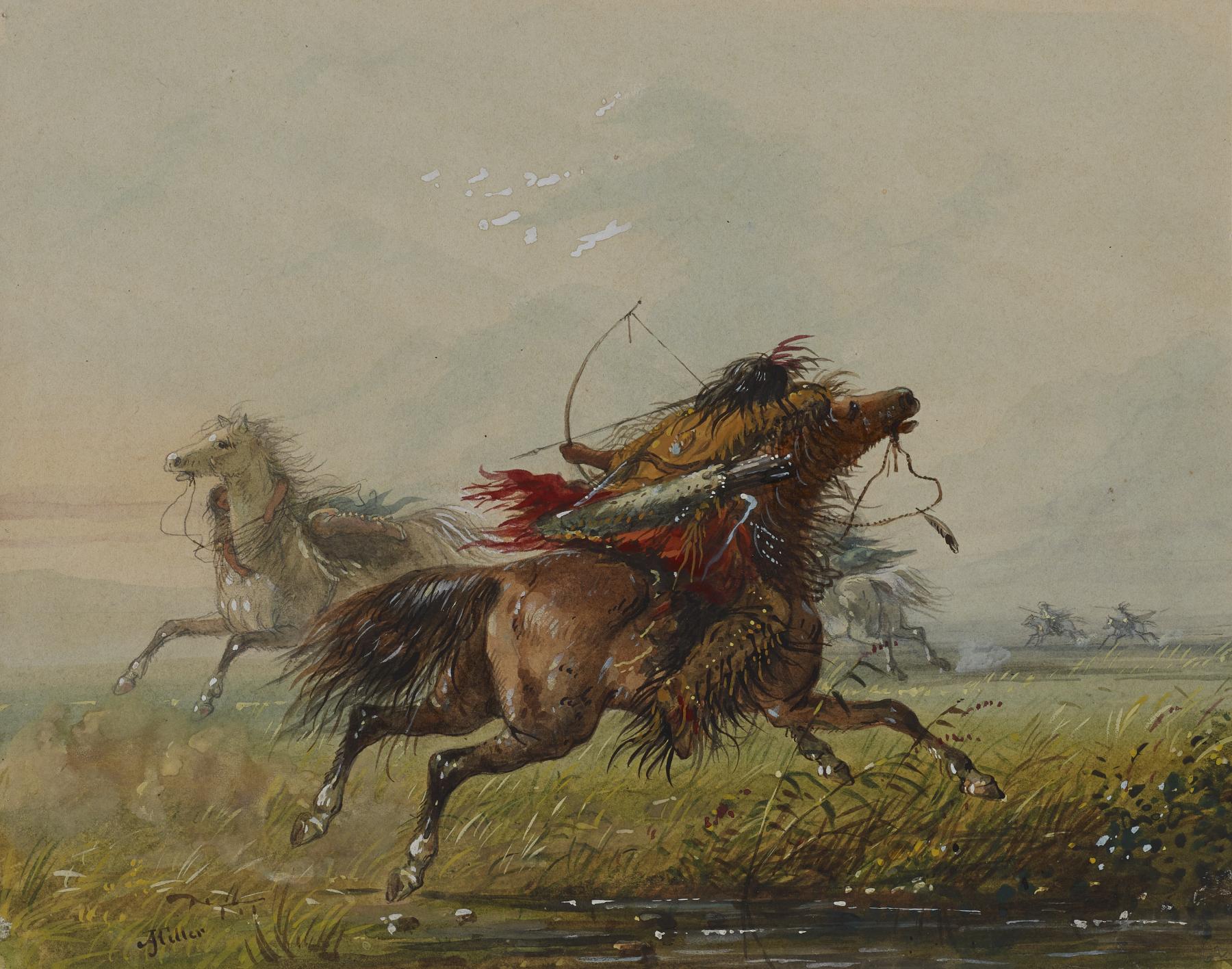 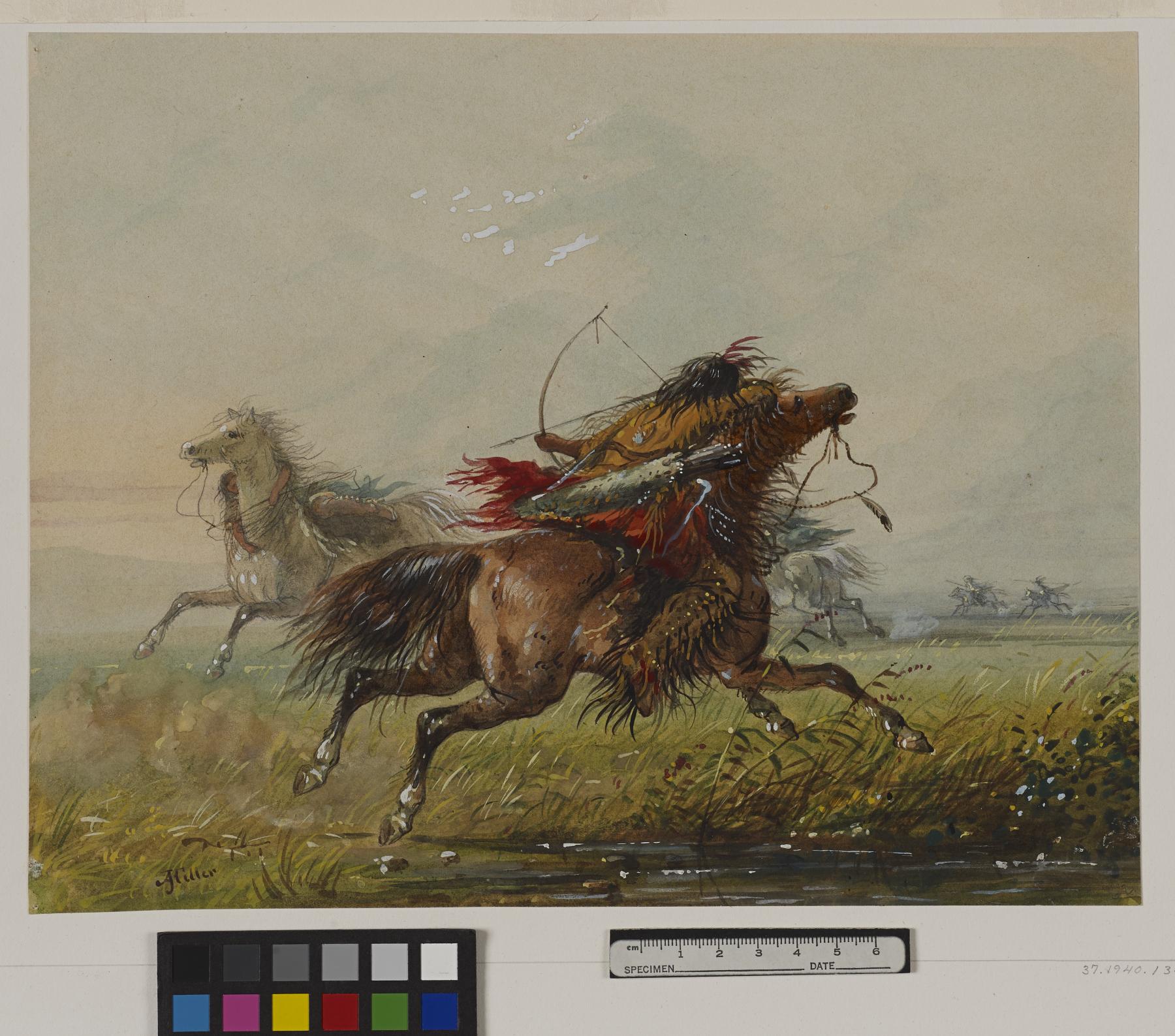 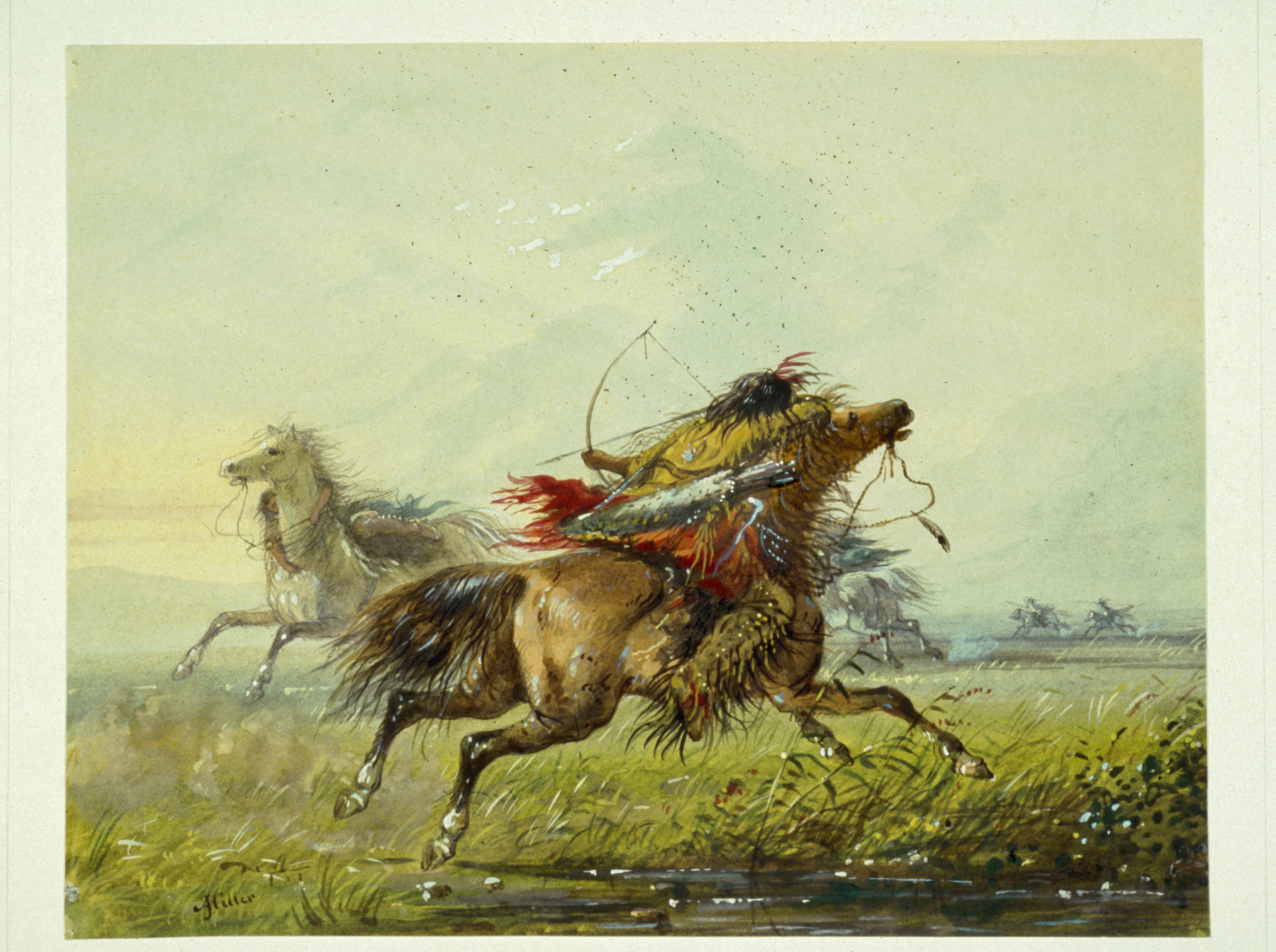 "Although an Indian's life is tolerably worthless to any but himself, yet he uses every stratagem, fair and foul, to preserve it, and is often indebted to his litheness and activity for this result. The duello would by no means suit him. In battle (if on foot) he chooses his ground, so that he may retreat behind trees, rocks &c. in case of emergency. In skirmishing on horseback, he makes a target of his horse, watching the deadly arrow of his adversary;- he quick as lightning clings to his horse's neck;- dropping his body to the opposite side, exposing but a part of his arm and leg to his enemy,- sometimes he holds on simply by the heel, while the horse is in full motion. In such an attitude he will discharge his arrows under the horse's neck, recovering his seat in a moment;- this is only attained by long practice,- a broken neck certanly awaits any one who tries to accomplish the feat for the first time." A.J. Miller, extracted from "The West of Alfred Jacob Miller" (1837).