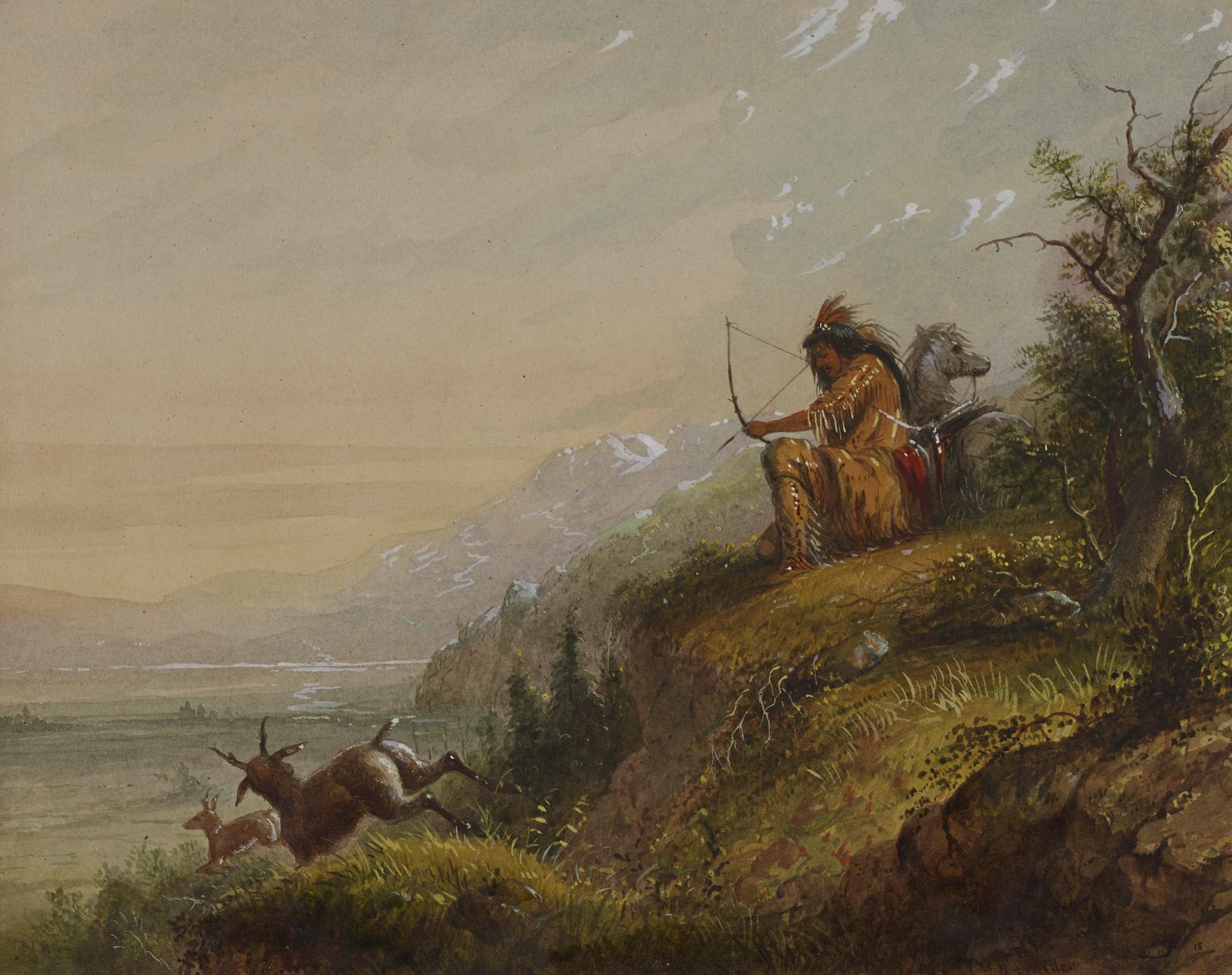 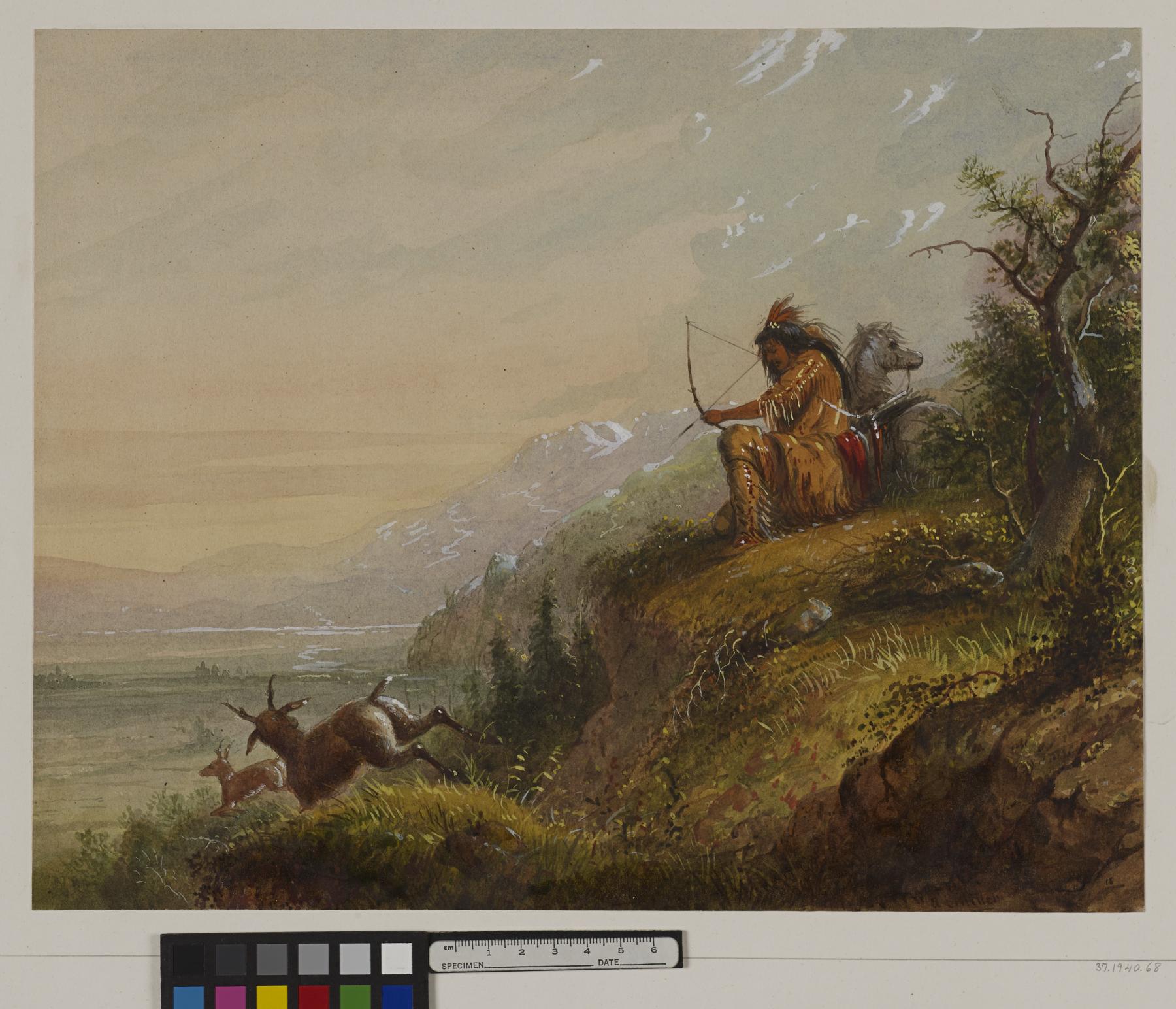 "As hunter, keen and active in pursuit of game, the Pawnees were well enough,- in other respects we could not say much for them, a band of about 20 came down on us one day as we were encamped, and although in their war paint, and looking ripe for mischief, made signs of friendship and good will;- our interpreter was put into communication, and among other questions, he was directed to as, 'where they were going?' Our gravity was sorely tried by the answer they made us and the perfectly innocent look that accompanied it. 'Oh,' said they, 'we are only going over here to the Mandans to try and steal a few horses.' Well - well. By dint of presence &c., we rid ourselves of them as quick as possible, a double guard was ordered out at night, and a general over-hauling of all the rifles in camp, amid the curses loud and deep of the bellicose trappers.A.J. Miller, extracted from "The West of Alfred Jacob Miller" (1837).