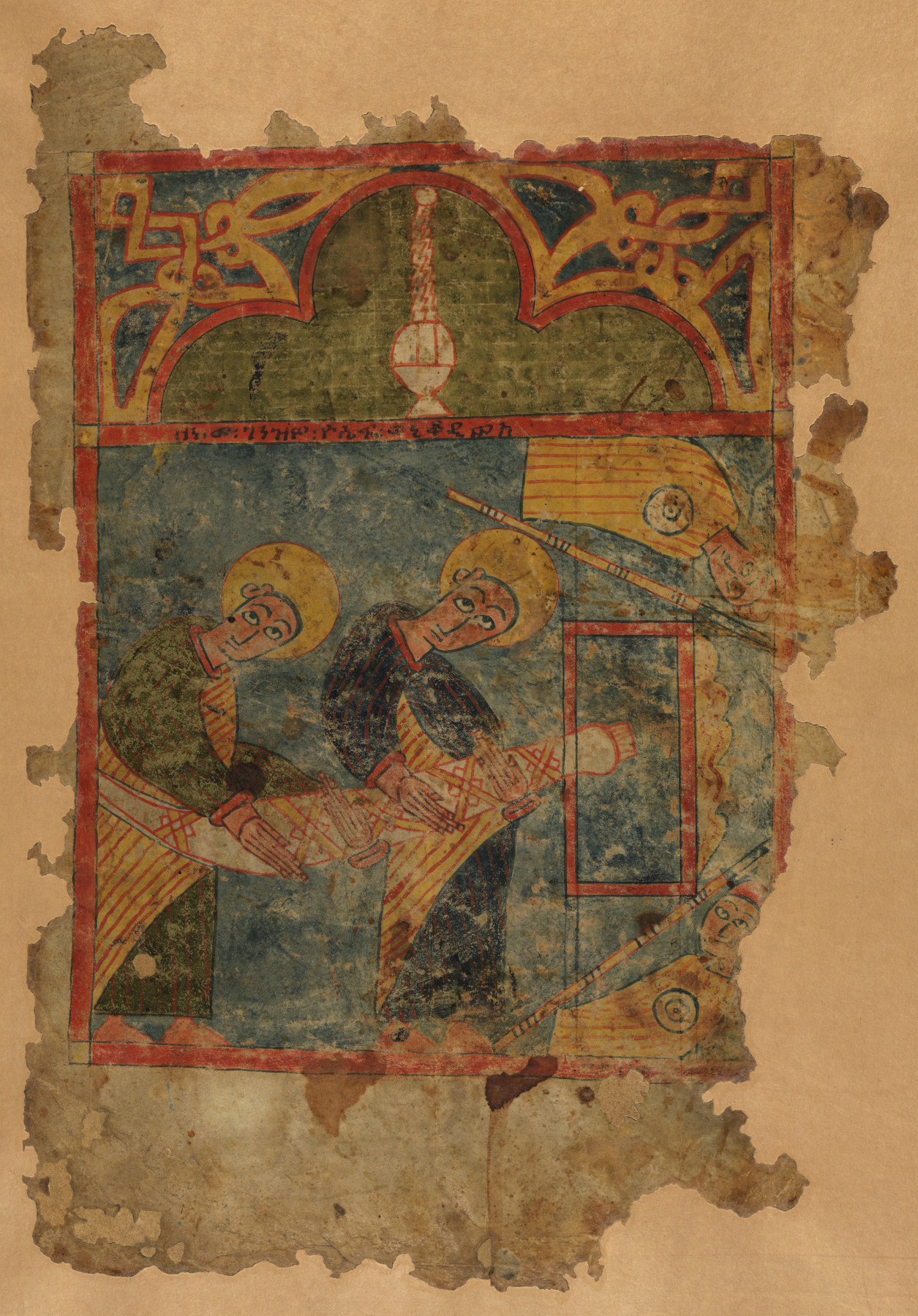 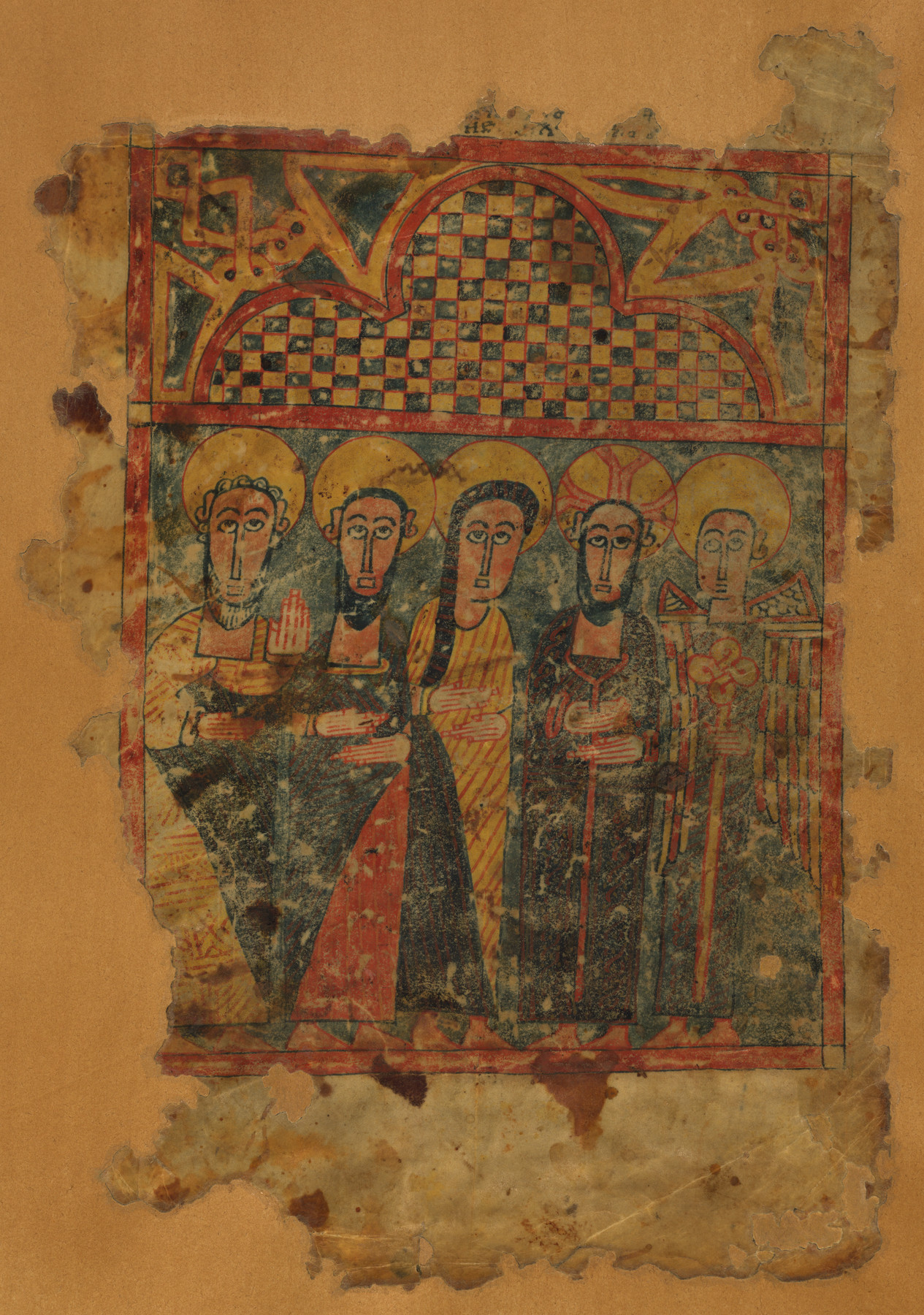 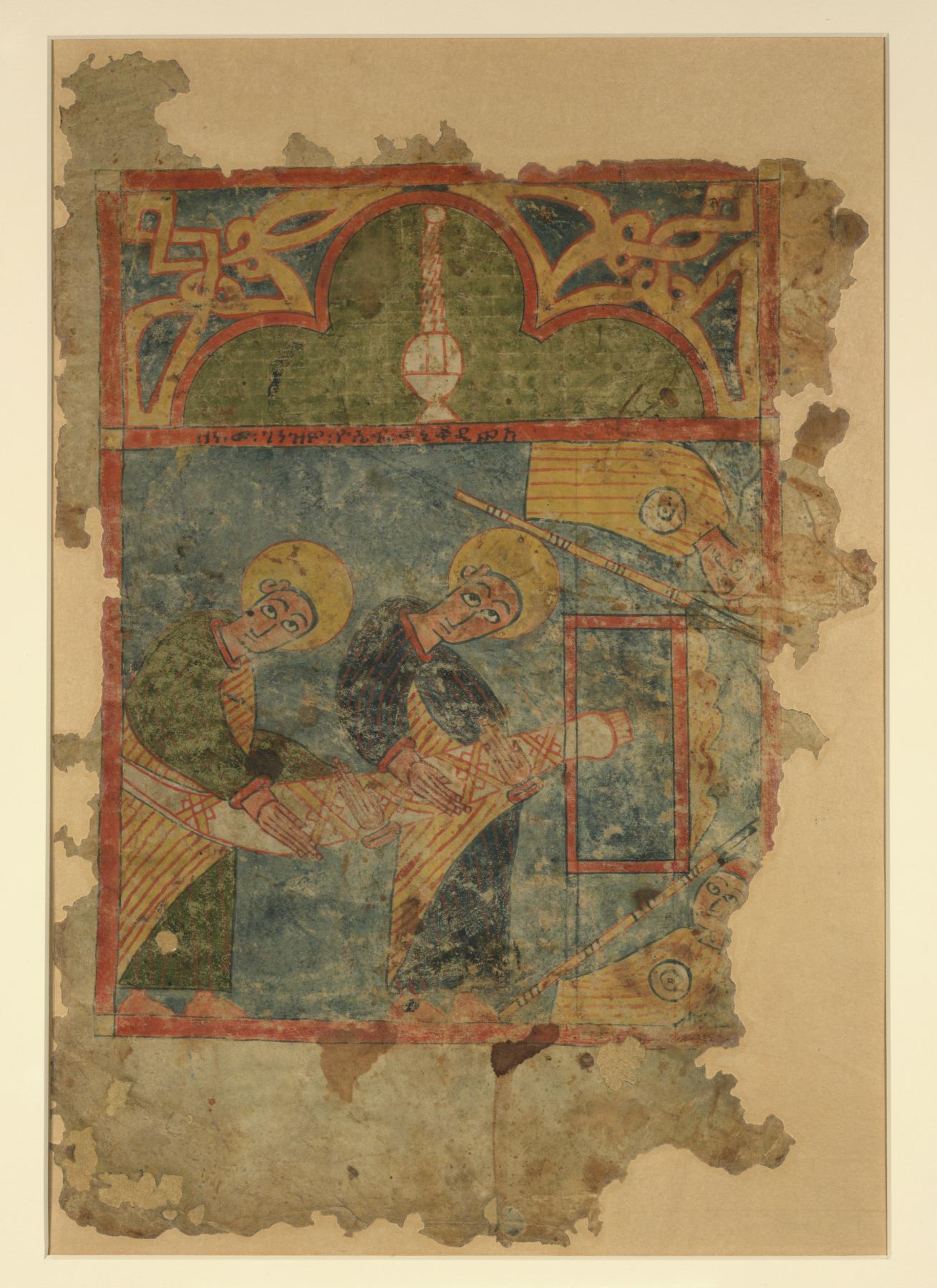 This fragmentary leaf once belonged to an Ethiopian Gospel book from the Lake Tana region. Dating from the late fourteenth century, the leaf contains two images from a prefatory cycle depicting the Passion of Christ, which would have preceded the Gospels. On the recto, a shrouded Christ is carried to the tomb by Joseph and Nicodemus. The verso depicts the resurrected Christ, accompanied by the Archangel Michael, appearing before Mary Magdalene, St. John, and St. Peter. Intact Gospel books with comparable image cycles, such as that at the Metropolitan Museum of Art (1998.66), and the J. Pierpont Morgan Library, Ms. M828, demonstrate that these two images likely fell between depictions of the Crucifixion and the Ascension. 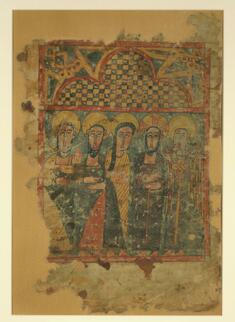 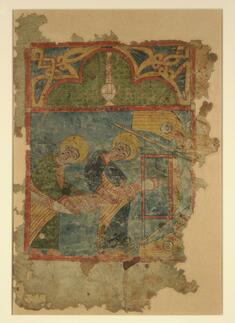 Burial of Christ by Joseph and Nicodemus