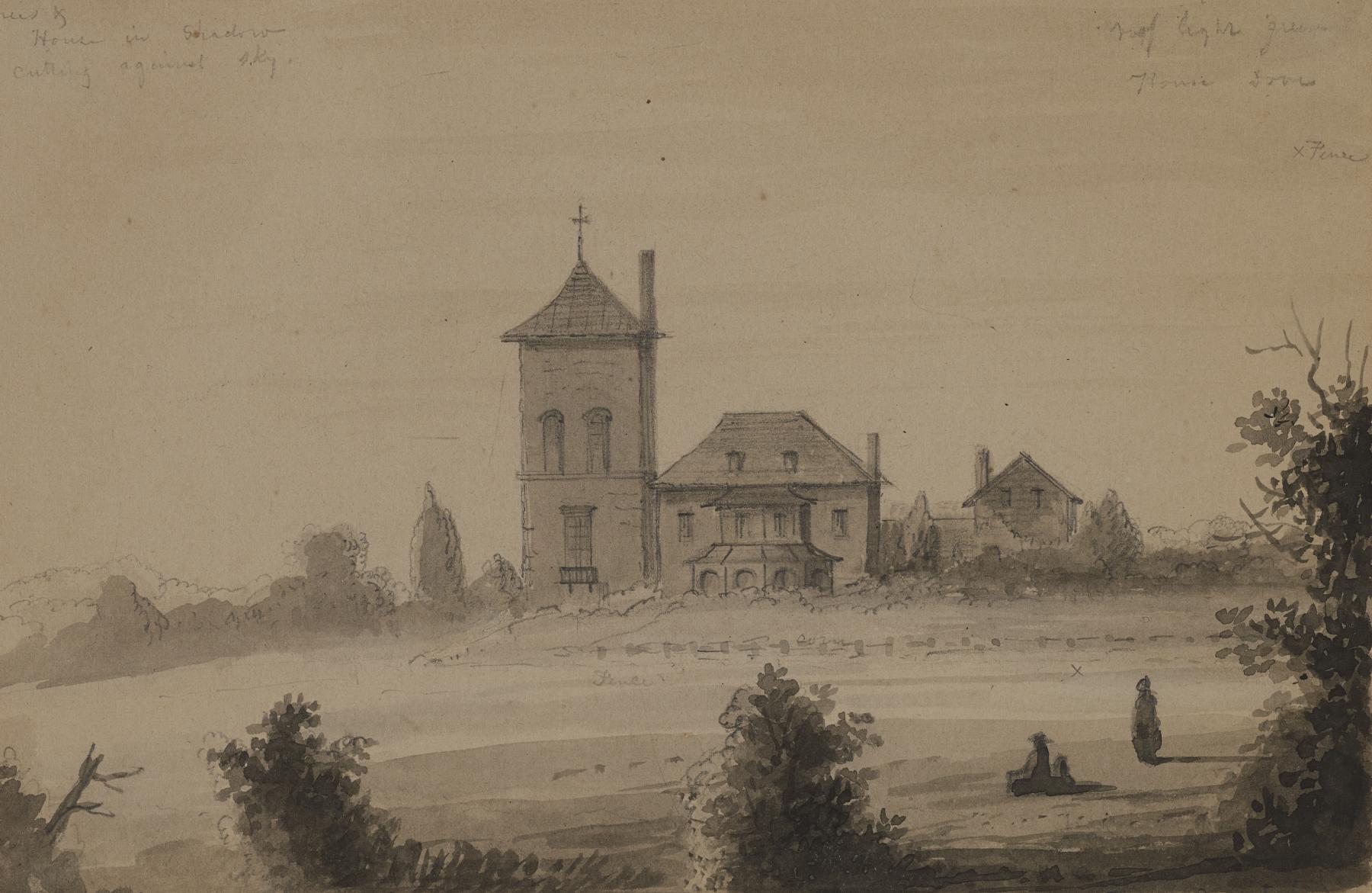 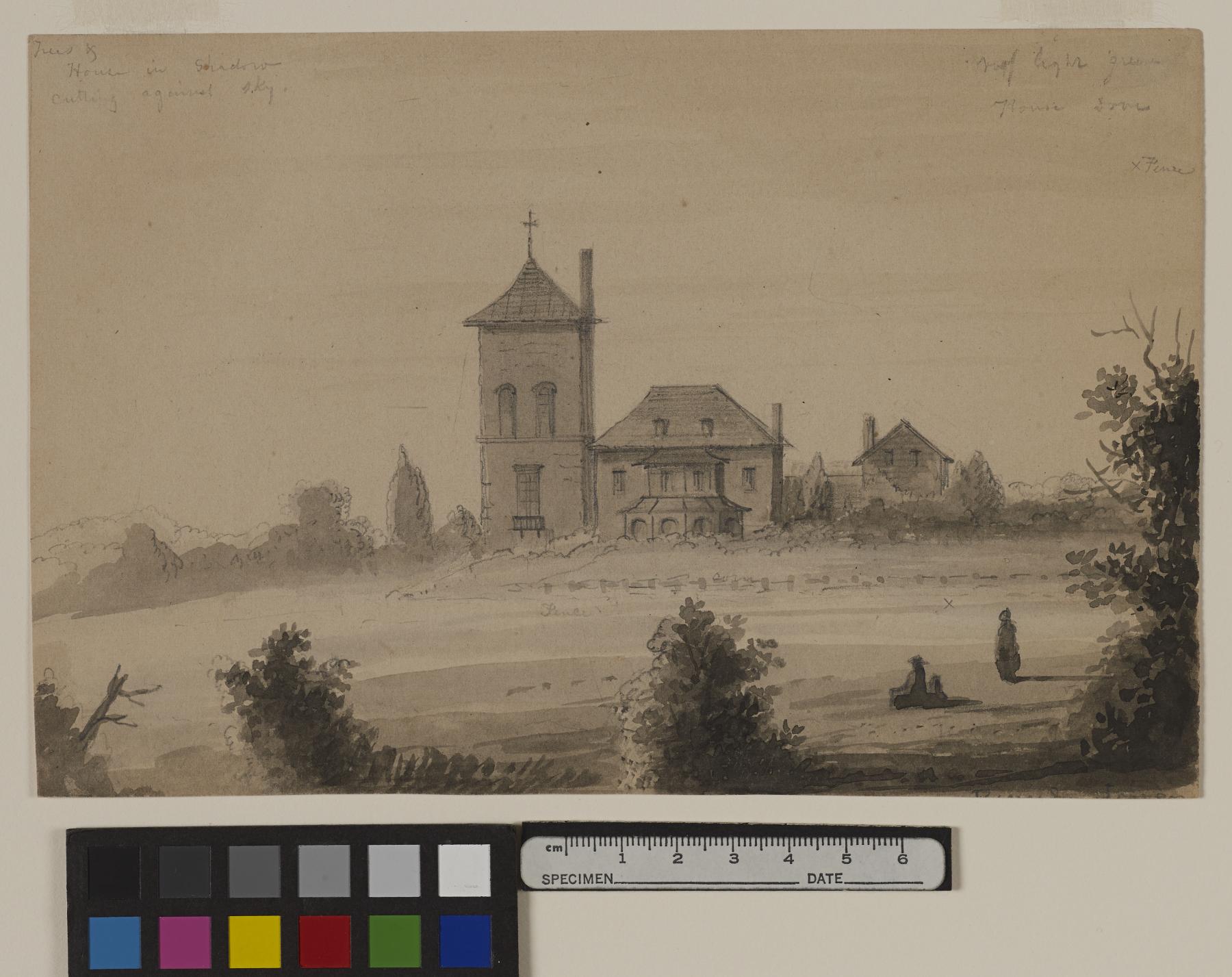 This Italianate villa in Baltimore County was the country home of Reverdy Johnson. Regarded as one of the most gifted jurists of his generation, Johnson served in the U.S. senate and as the American Ambassador to Great Britain.

The artist noted that the trees and house were in shadow and were "cutting against the sky."

This sketch comes from the family album of L. Vernon Miller, which contains works that have passed down through the Miller family directly from the artist.

[1] passed directly from the artist down through his family.

Gift of Decatur and Sally Miller, 1994