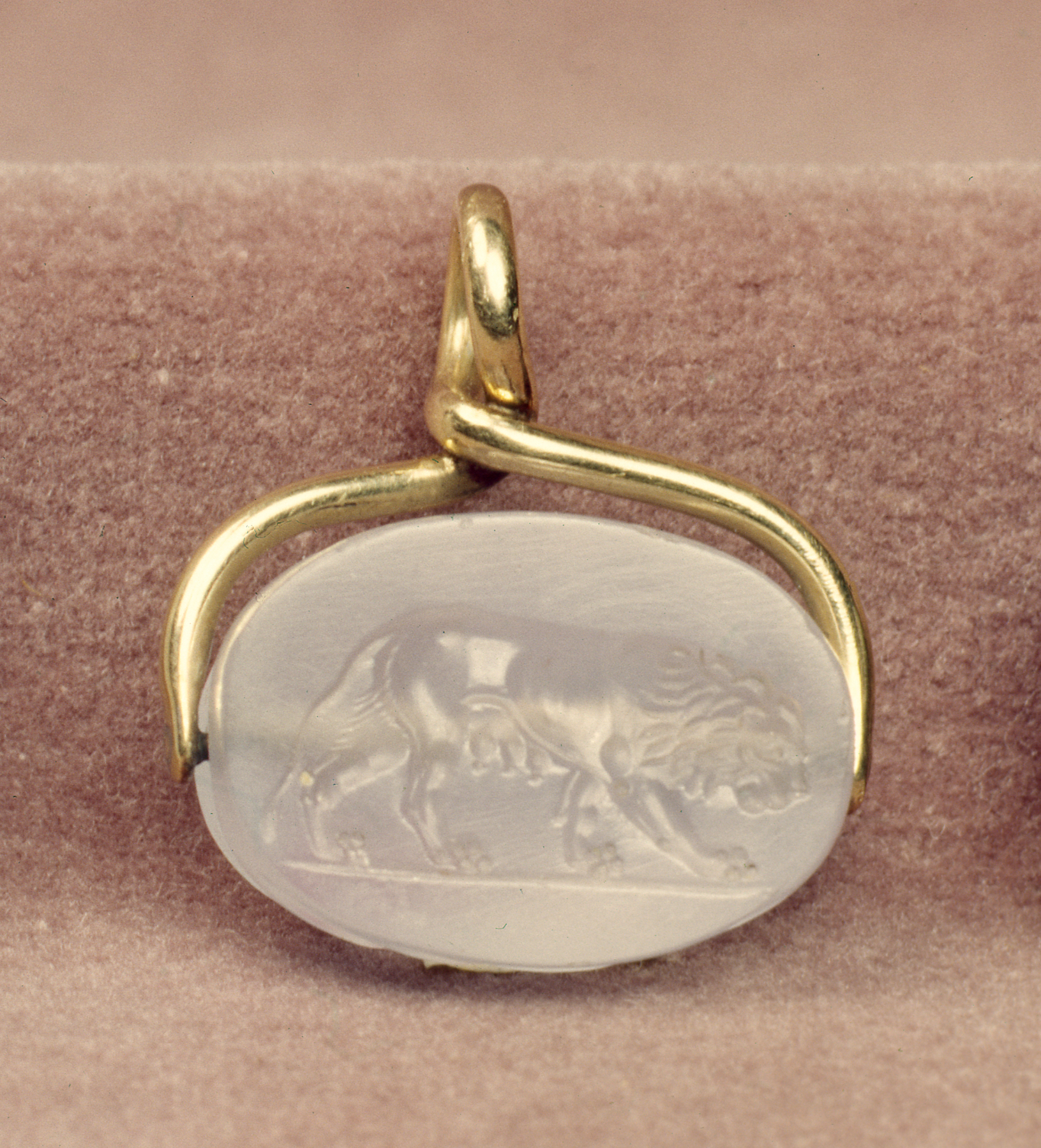 Scarab with a Lioness Set in a Swivel Pendant

This scarab bears an image of a lioness carved in intaglio on the underside. The lion is walking to the left on a ground line.