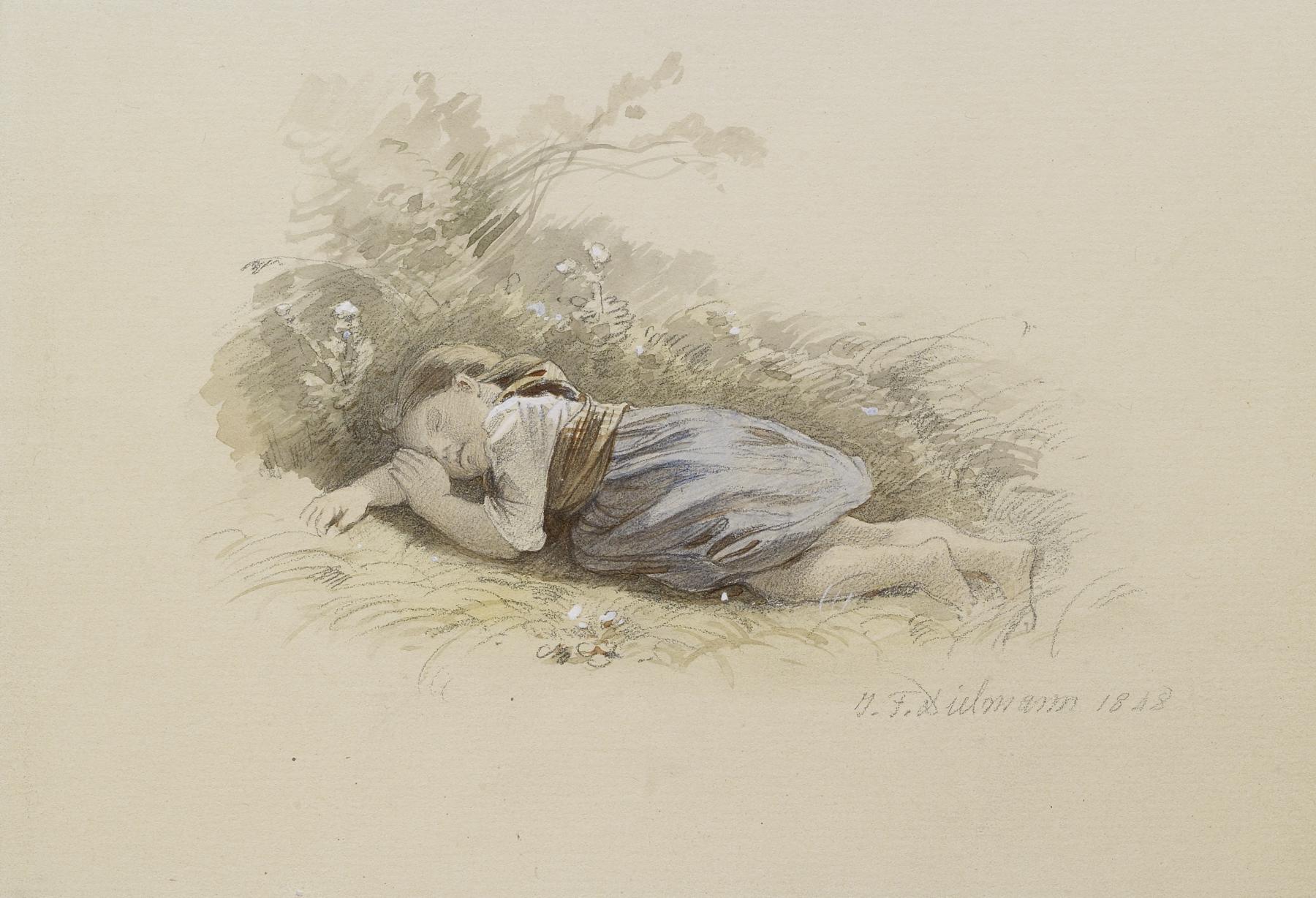 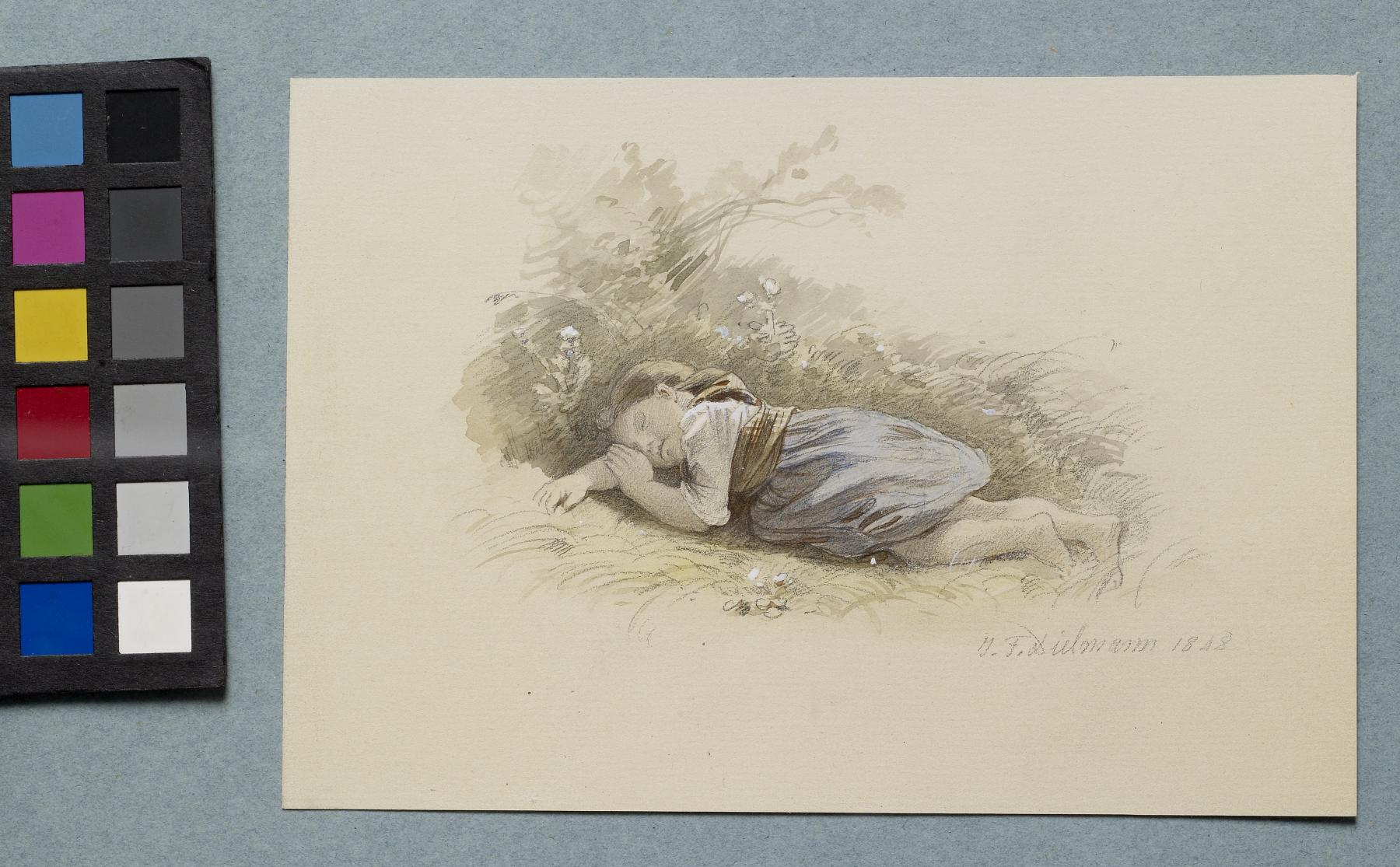 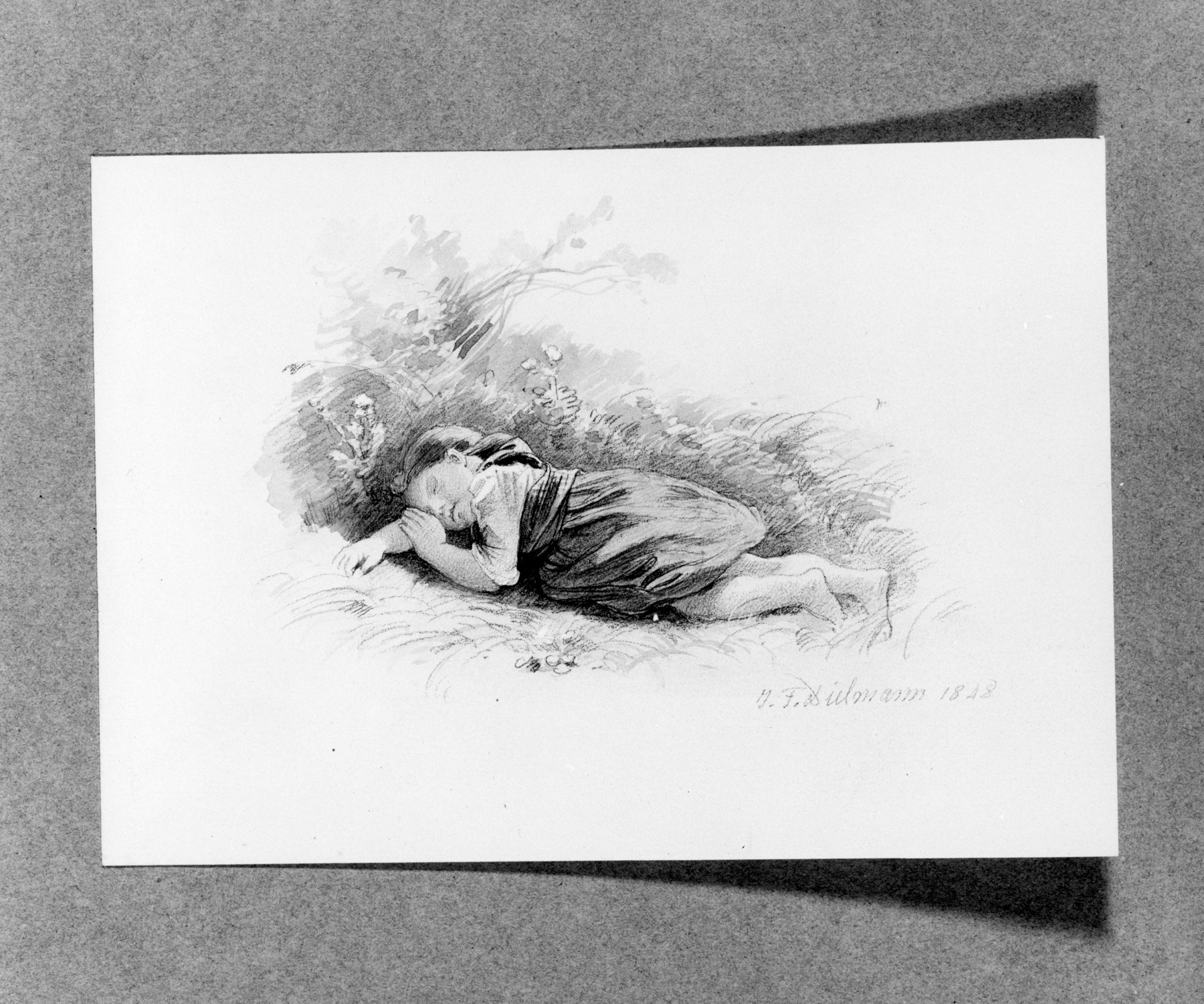 Girl Asleep in the Woods

Dielmann was a painter and lithographer, born in Sachsenhausen near Frankfurt am Main. He studied landscape painting in Düsseldorf under Schirmer. In 1858 he was one of the founders of the Kronberger Malerkolonie (Cronberg painting colony) located in Kronberg im Taunus, one of the earliest painting colonies in Germany. The members were influenced by Wilhelm Leibl, and through him the group was connected to the Barbizon school and Gustave Courbet. They emphasised "naturalism" and painting out of doors ("en pleine air").