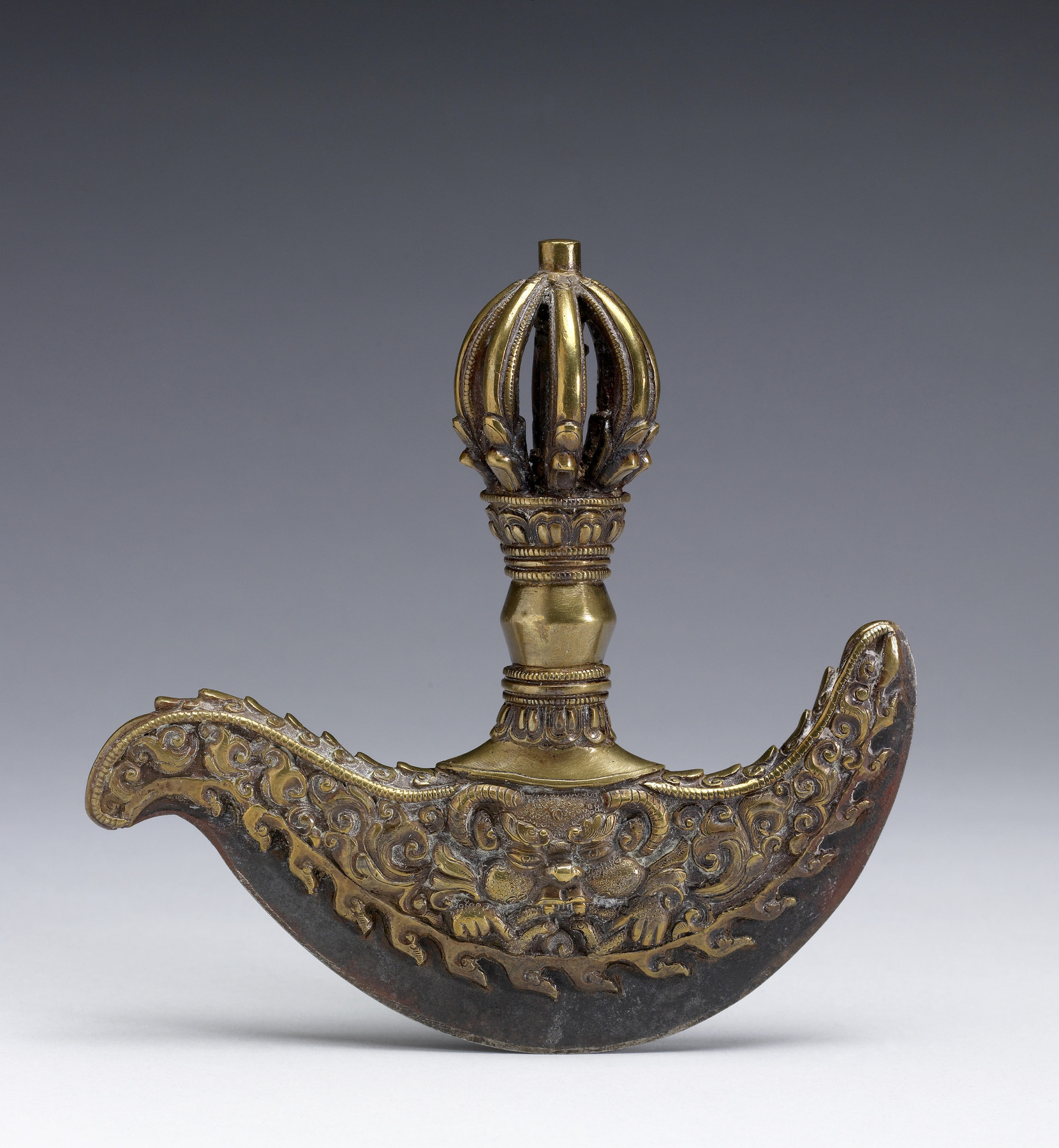 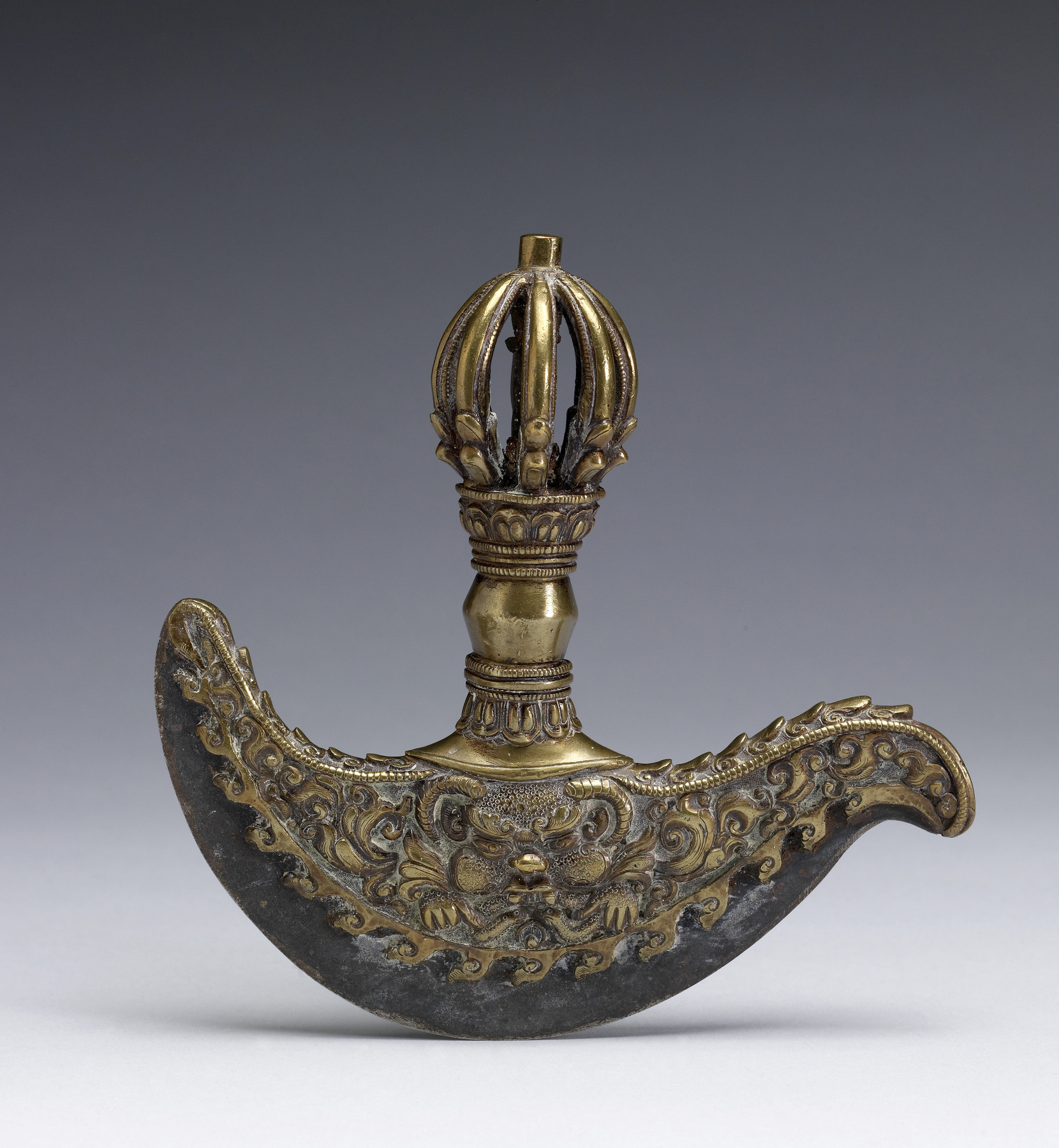 In Tantric Buddhist traditions, the curved knife is both a common attribute for wrathful deities and a ritual object used symbolically to destroy negative forces. Its form is modeled after an Indian butcher’s knife, with a crescent-shaped blade designed for flaying an animal’s skin and a sharp hook to make the initial incision. As a tool of enlightenment, it severs and strips away the layers of false knowledge inherent to ordinary existence, revealing a greater truth. Its handle has the form of a "vajra," the multipronged scepter used in Tantric Buddhist rituals. The horned animal face depicted in the relief work of this blade enhances the knife’s power, warding off dangerous forces.