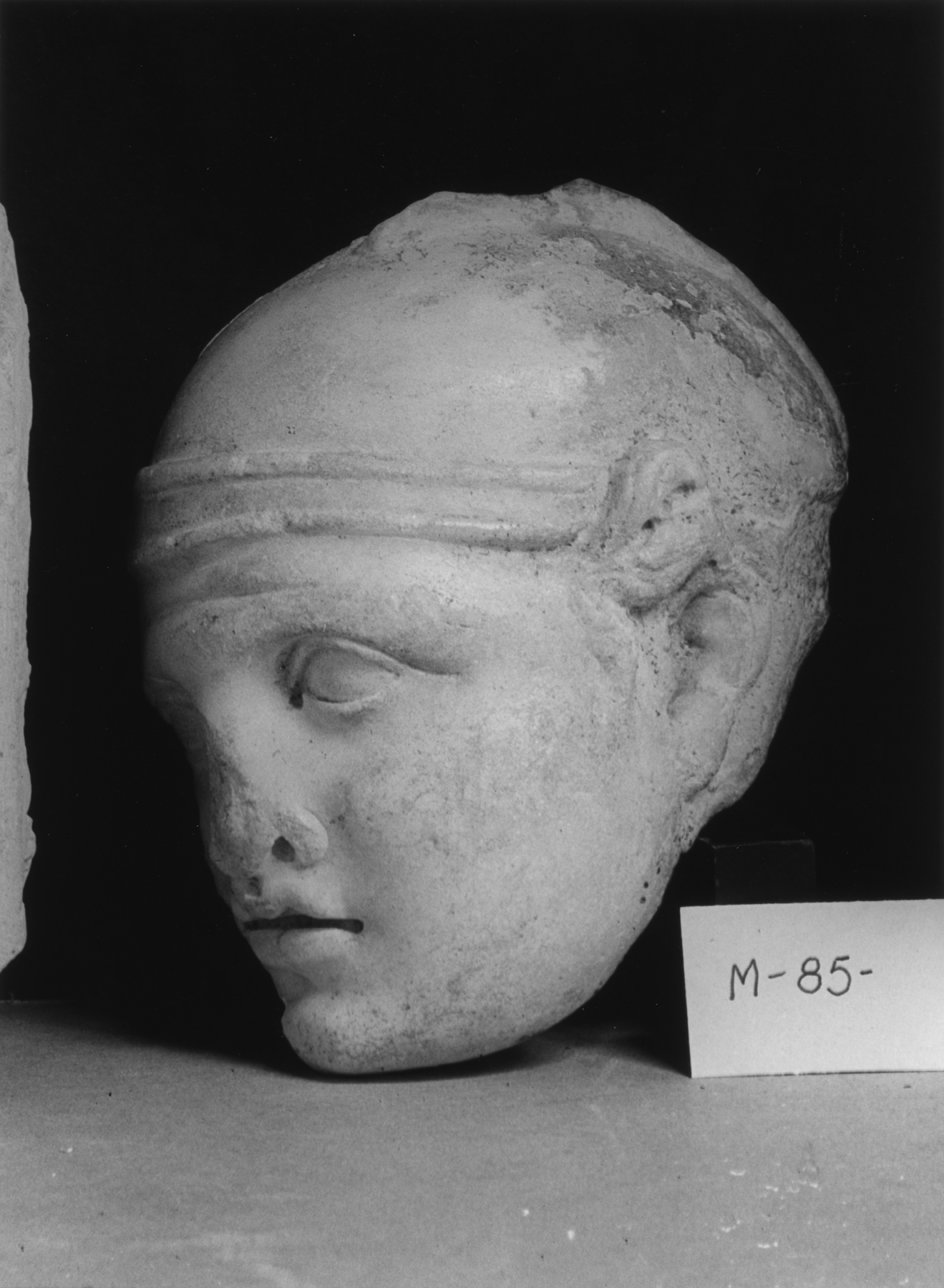 Head Fragment of a Soldier

This profile of a helmeted figure was rendered in high relief, and more than half his head is carved in the round. The right eye is slightly smaller and lower than the left when viewed frontally, due to its location with respect to the surface of the sarcophagus. When viewed in profile, however, the soldier’s face appears to be idealized. He wears an Attic helmet, the front of which is accentuated by two horizontal bands, and an attachment for a crest rises from the crown of the head. Just above the temple, a fragmentary cheekpiece, common in Italian versions of the Attic helmet, interrupts the helmet’s horizontal bands. This relief fragment likely belonged to a Roman sarcophagus that depicted a mythological battle scene, a typical motif for an elite burial.