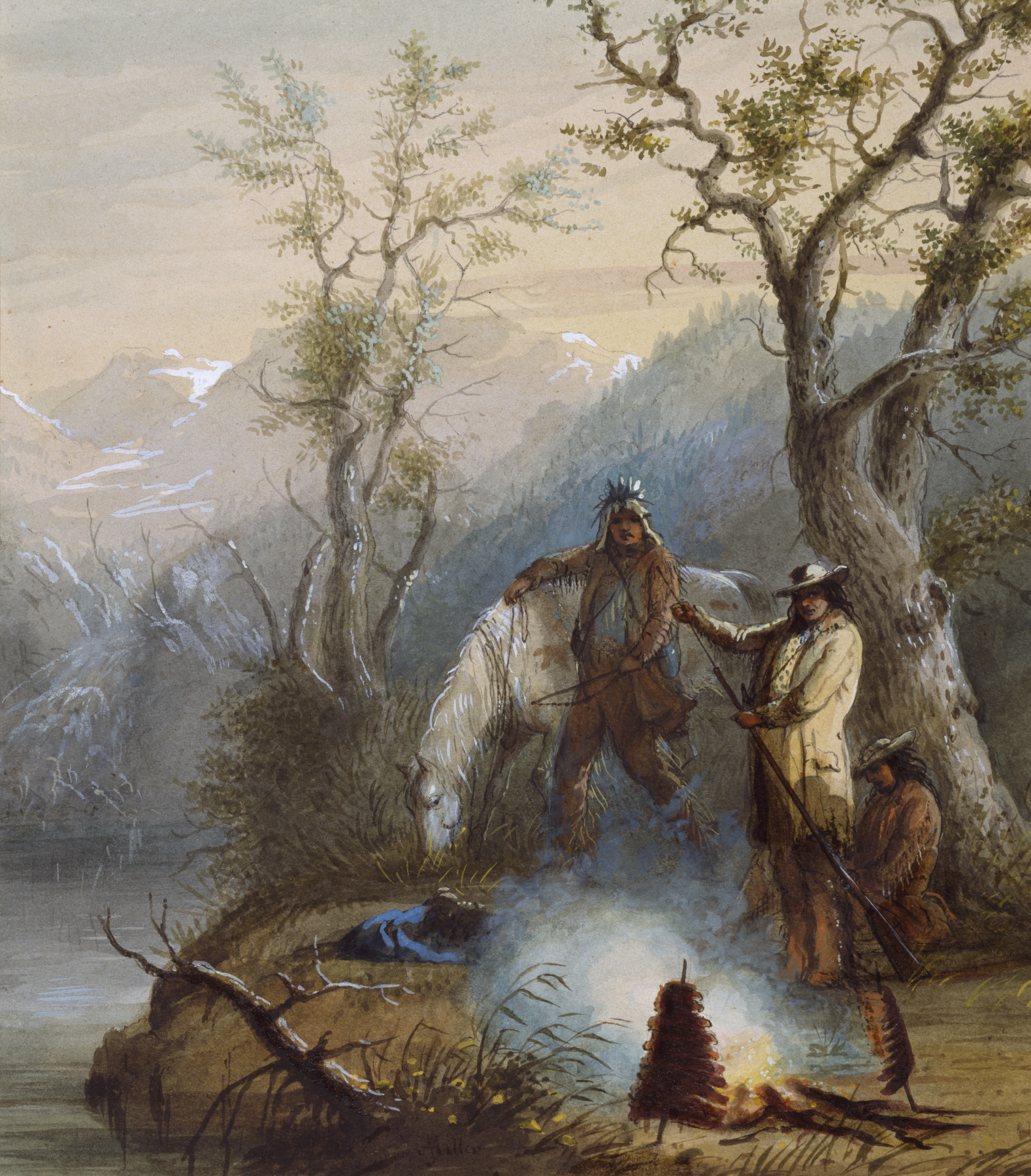 Once the meat is in camp, it is turned over to John, the cook, and his preparation, wrote Miller, "although simple, in the extreme, is perfection in itself. With a stick sharpened at one end he skewers it lengthwise leaving about sixteen inches of the stick bare. This part he plants in the ground near the fire, inclining the meat inwardly at the top. Gradually a crisp surface forms over the fat and as the roasting process goes on it is thus driven back into the meat without need of any basting. When done it is a dish for an Emperor, exceeding the flavor, richness and juiciness [of] all other beef preparations."

But John was not the only one who knew how to prepare the hump rib, as Miller shows here. The hunters LaJeunesse, Burrows, and François have prepared that most delicate of treats and are roasting it around a smoldering fire. After the meal, the trappers would settle down for an evening of exchanging accounts of impossible deeds, and Sir William Drummond Stewart would entrance them all with stories of his Napoleonic battles or of exotic and undreamed-of places.

This small watercolor, prepared for William T. Walters, is similar in composition to the large oil painting that Miller made for Stewart, although some of the individuals pictured are different. In the large oil, Antoine Clement is shown instead of LaJeunesse, Pierre instead of François, and Stewart is shown in the distance.