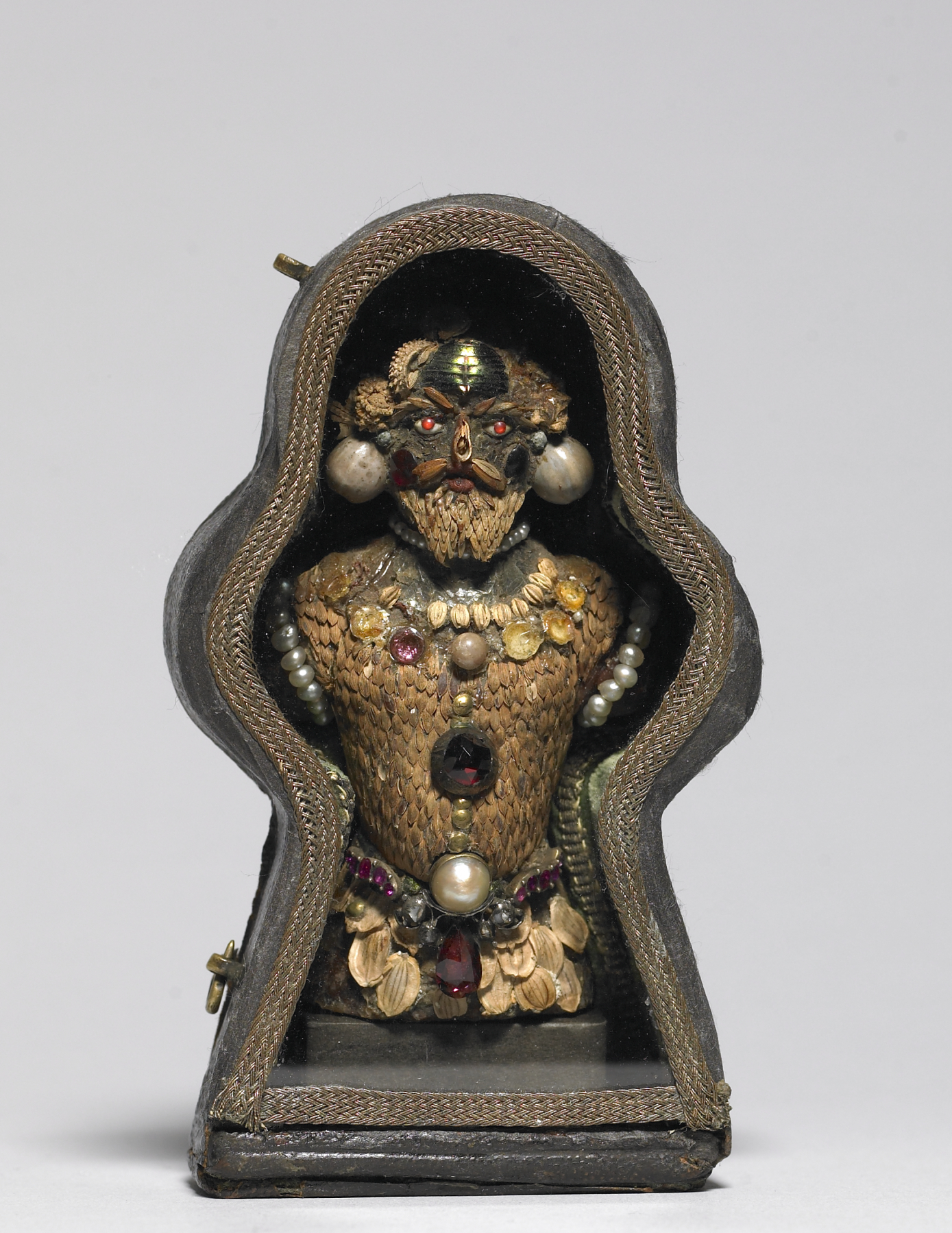 This is a rare example of a kind of bizarre composite figure that achieved popularity around 1600, especially in Milan. The most famous exponent was Guiseppe Arcimboldo (1527-1593), whose painted portraits combining carefully observed natural elements were at once intriguing inventions and serious allegories, for example his Portrait of Emperor Rudolf II as Vertumnus, Lord of the Seasons in which he flatters the emperor by suggesting that imperial power encompasses nature itself.

Made of materials ranging from seeds to a beetle abdomen to pearls, around a wax core, this curious figure exemplifies the notion of human beings as encompassing all the virtues and frailties of the physical world. The 1598 inventory of the collection of the duke of Bavaria included a small Mexican "idol" decorated with seeds and nuts. This is lost but may have inspired this type of figure. Due to his fragility, the figure stays in his (original) case.