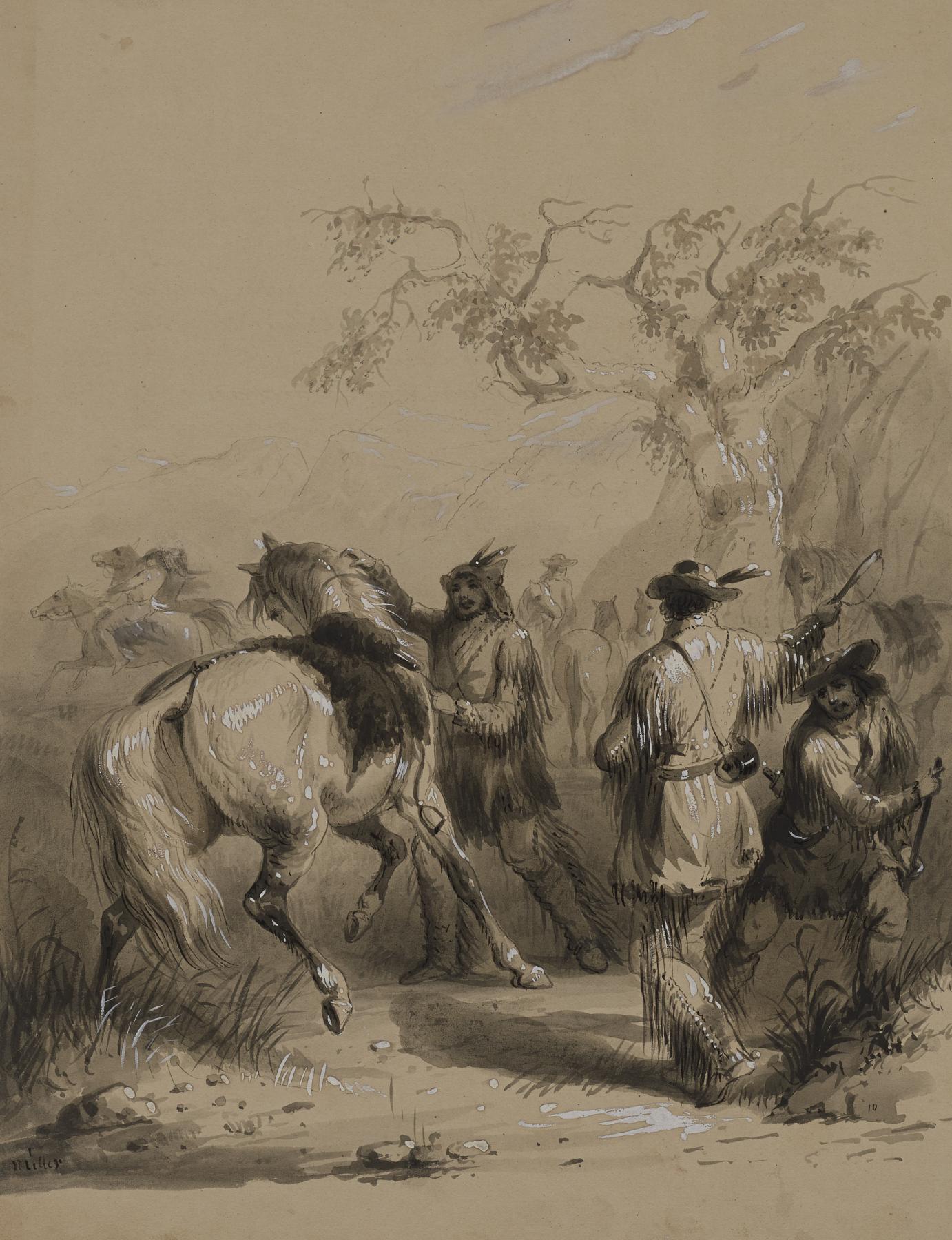 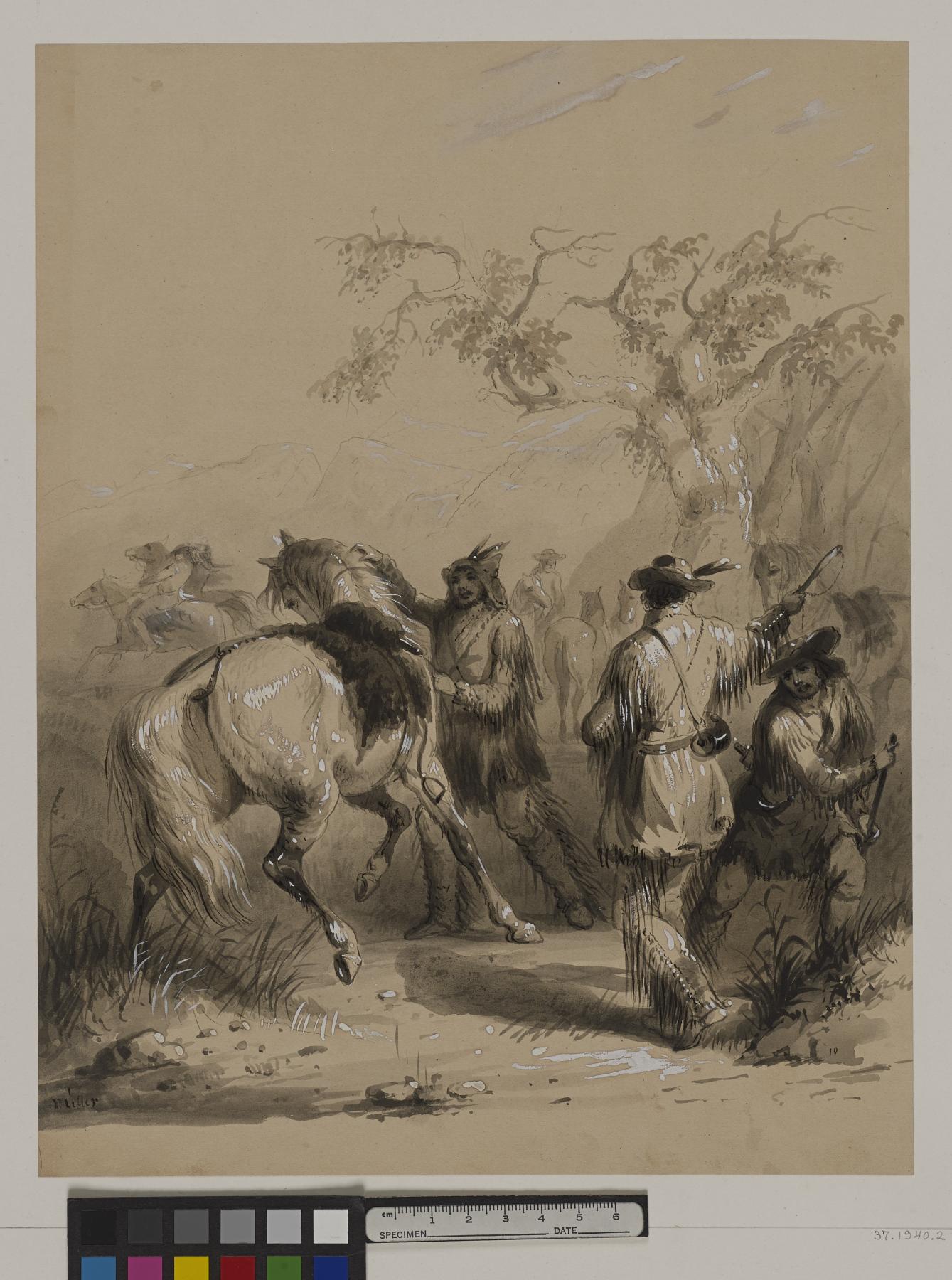 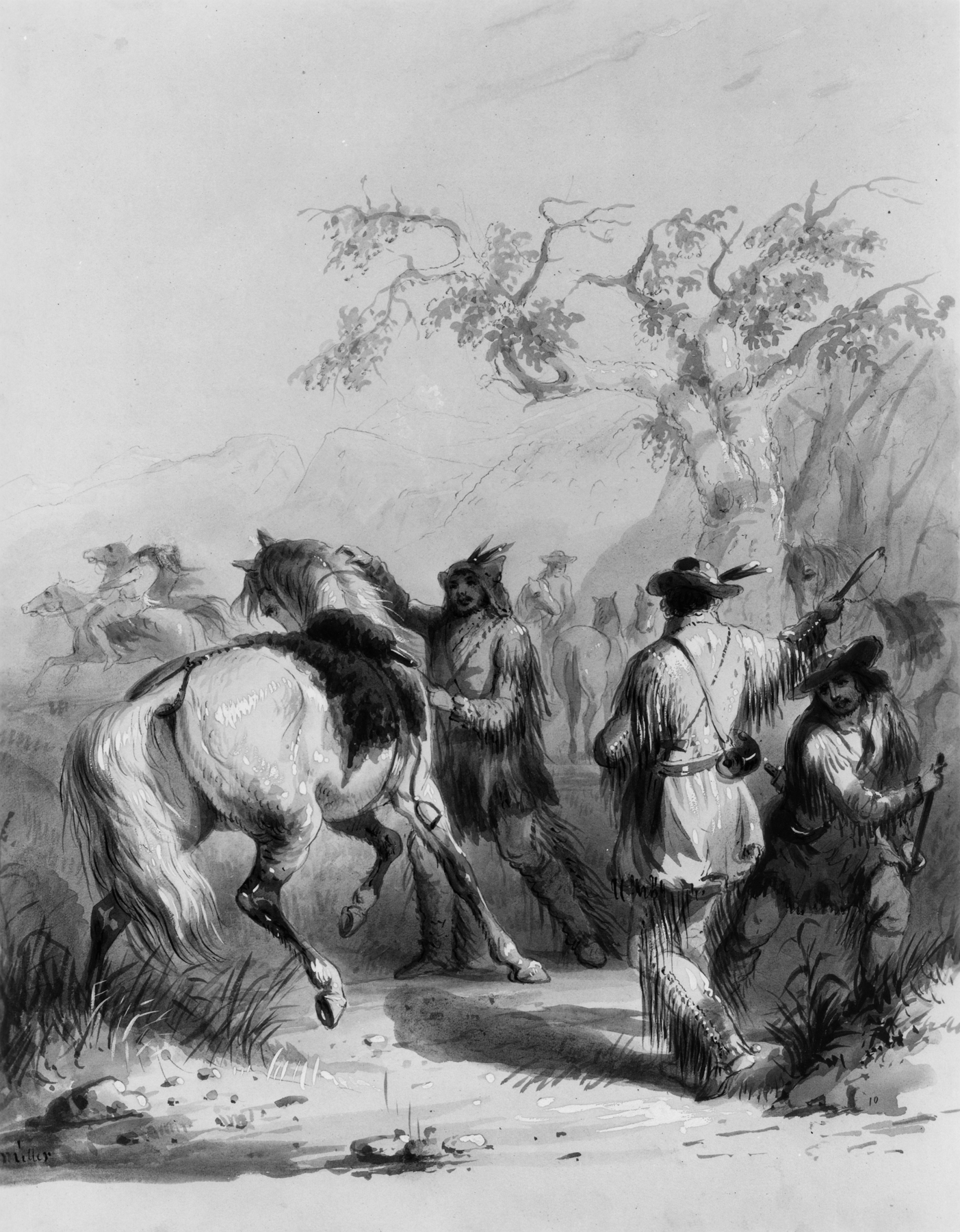 Preparing for a Buffalo Hunt

"Auguste has ready the Captain's horse, who is giving some directions to Antoine (a Canadian half-bred), his prime hunter to the camp: While in London, the Captain had purchased 3 'Joe Mantons' at about 40 guineas each; these guns were famous in their day for shooting point blank, or as the Trappers style it, 'plum centre,' and in the hands of a true marksman like Antoine, the Buffaloes had to 'go under.'" A.J. Miller, extracted from "The West of Alfred Jacob Miller" (1837). The Captain referred to here is the Scottish nobleman, William Drummond Stewart. Antoine is Antoine Clement, his companion and, later, butler.