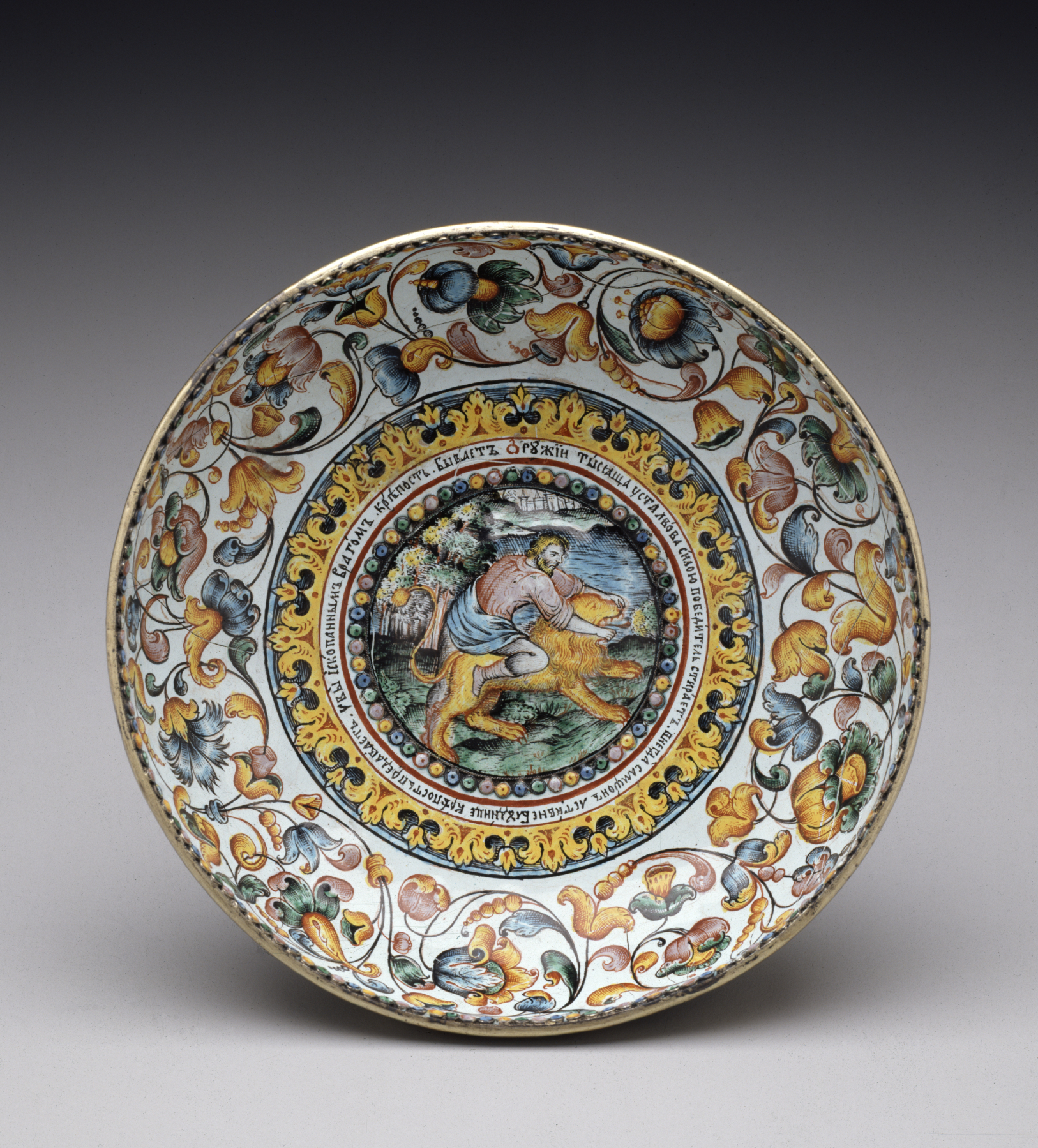 In 17th-century Russia, cups often carried moralizing maxims and images, thus urging one to drink with moderation. Here, the depiction of Samson and the accompanying versified inscription warn the cup's owner not to surrender to the wiles of immoral women. The painting on the underside probably depicts the fox and the crow from Aesop's Fables and has a similar message: as the harlot decieved Samson, so the fox decieved the crow with sweet talk, thus making him drop the cheese he held in his beak. Aesop's text was translated into Russian in 1700 but was probably known even before then through Western sources.