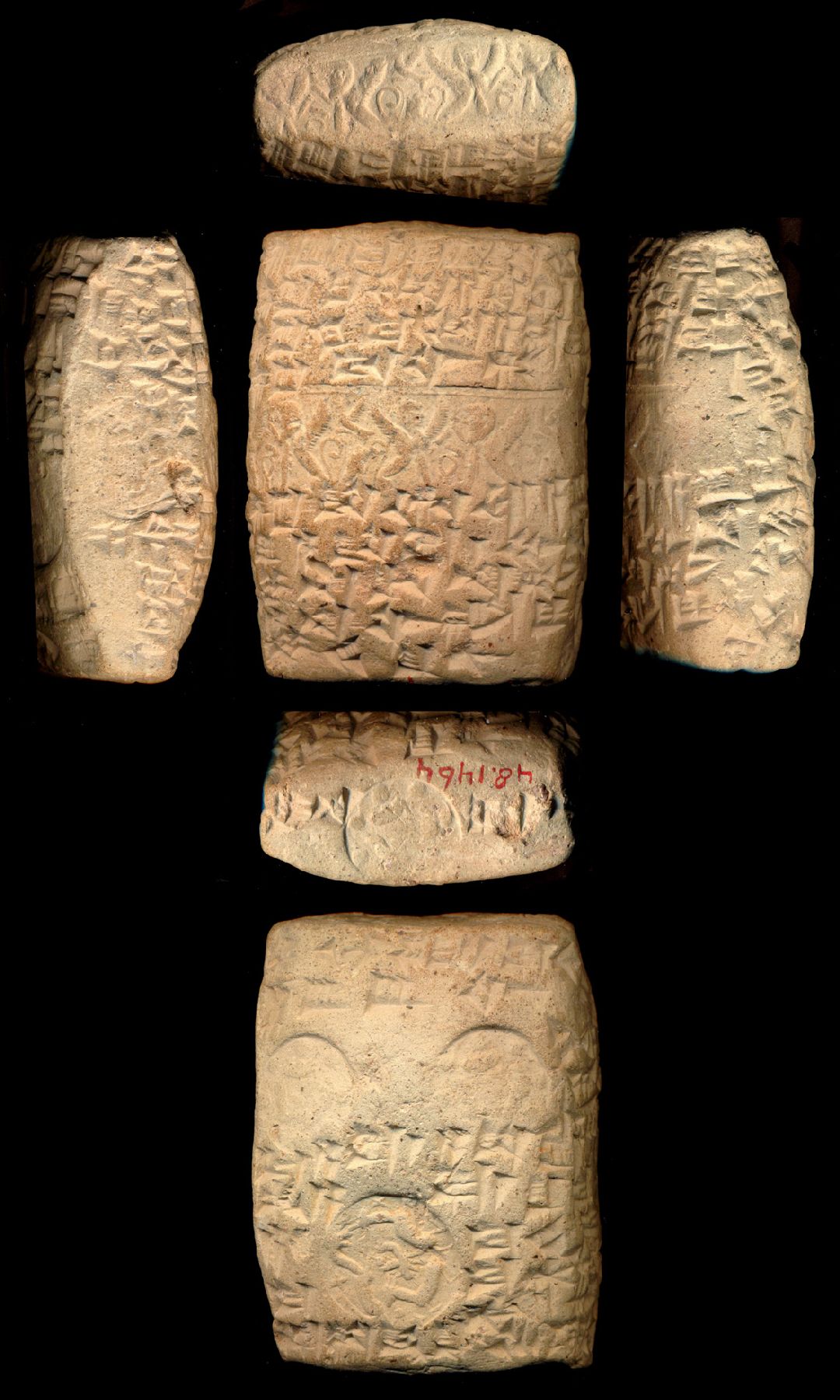 This thick, rectangular clay tablet is impressed with seals seven times. On the face and top of the tablet, a cylinder seal was rolled, creating a rectangular band the repeats the image of two sphinxes with large eyes seated up on their haunches facing in toward one another, holding a plant between them. A lion sits behind each of the sphinxes’ curled tails as birds fly overhead. The five other impressions were made with circular stamp seals and appear on the back, bottom, and left side of the tablet. The stamp seal depicts three animals, maybe onagers, in a circle surrounded by a series of dots. A scorpion sits at the center. The tablet details how Aluluwa and his wife became slaves of Walkuwa.