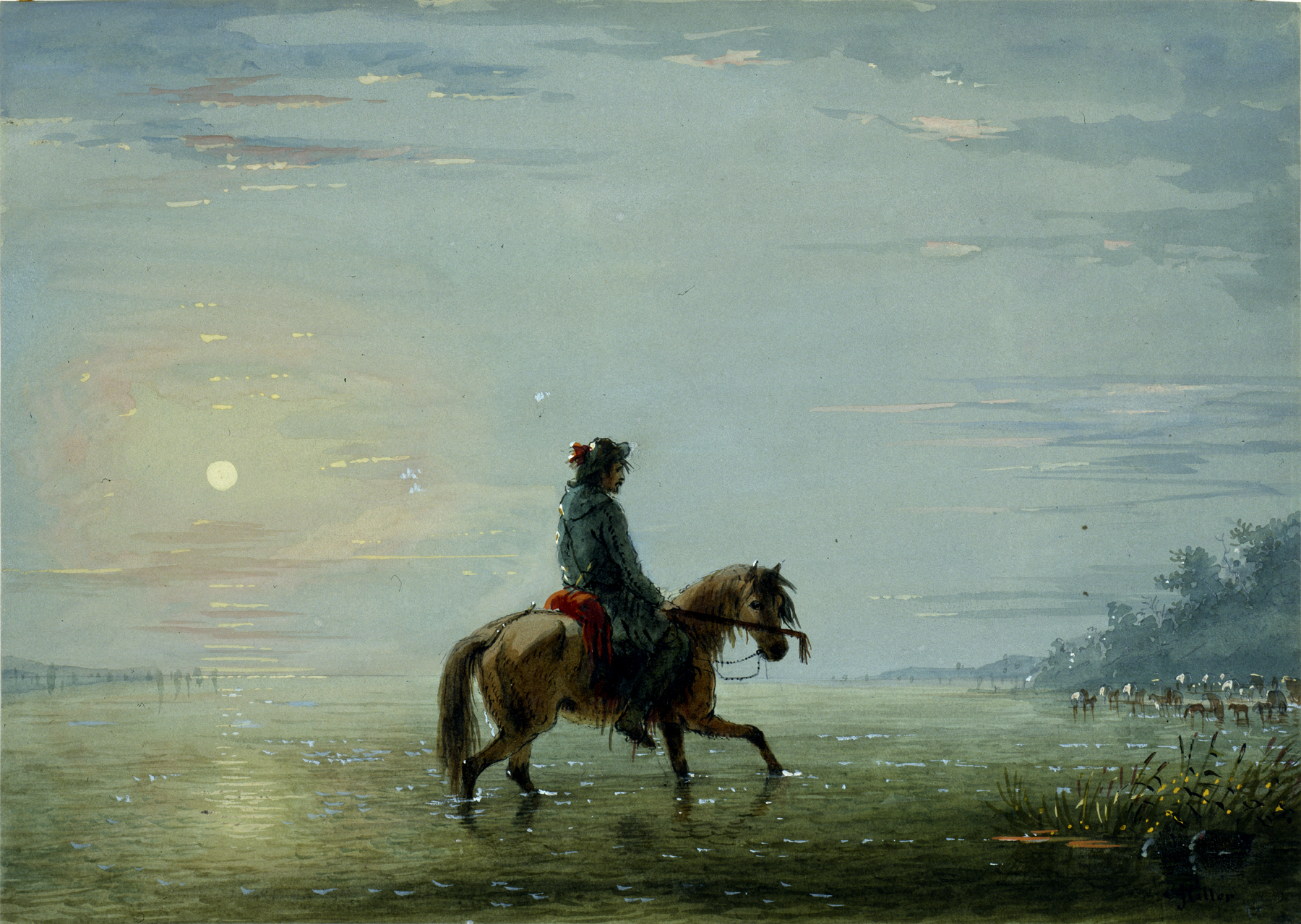 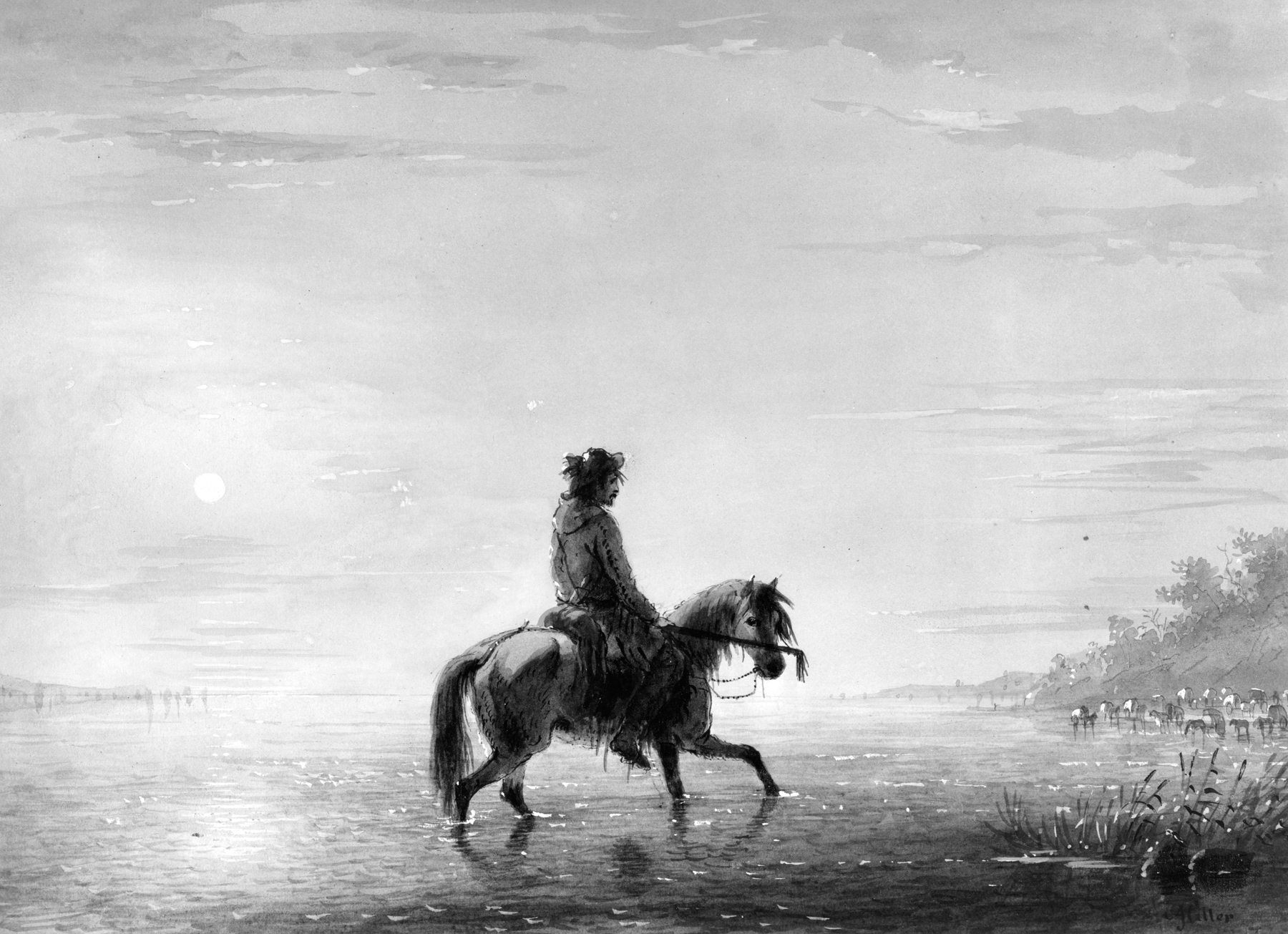 When the caravan approached a river, "a trusty and experienced man is... selected whose business it is to cross the river and try its depths, and then return by a different route, looking out [for] the shallowest parts and marking them in his mind's eyes as a trail for the company." If the river was not shallow enough for the wagons to cross, everything had to be unloaded and bull boats- the wagon beds covered with buffalo hides- had to be constructed and all the caravan's goods floated across. Extracted from "The West of Alfred Jacob Miller" (1837).