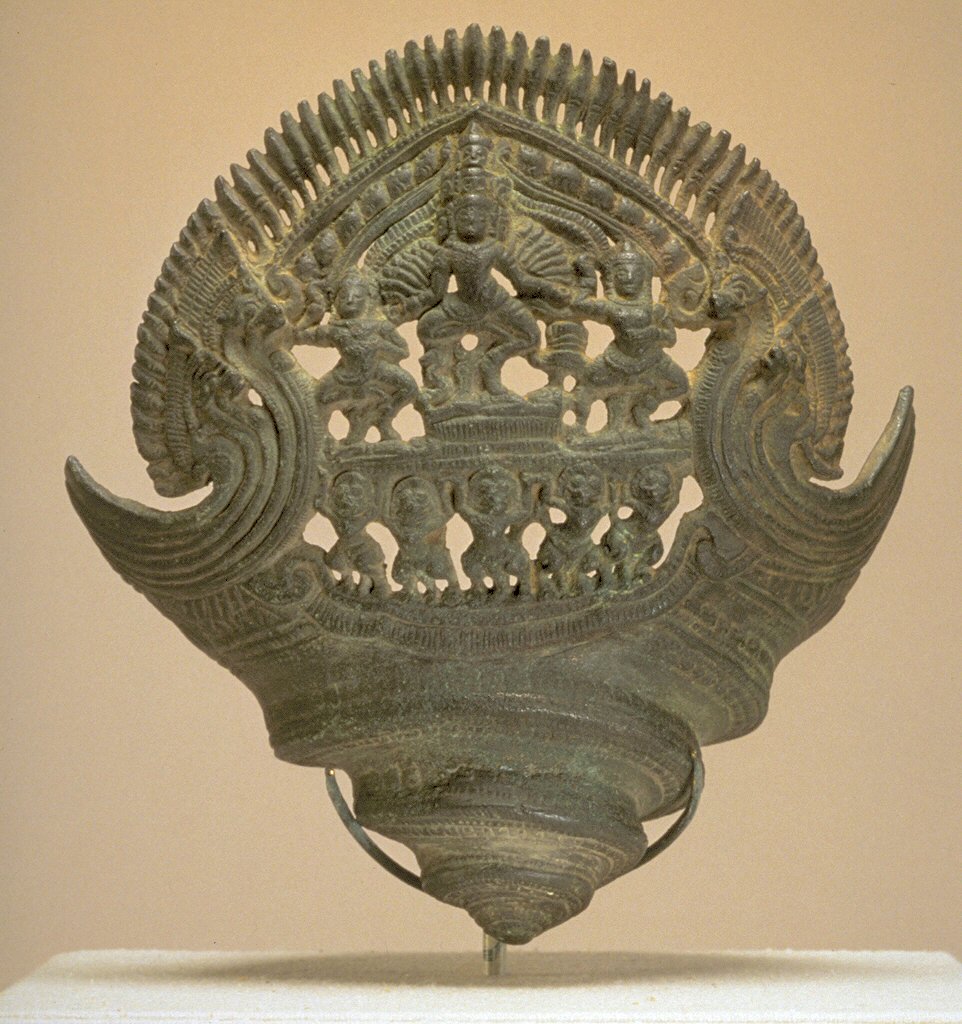 Stand for a Ritual Conch Shell

A conch shell-either real (with metal fittings) or made of bronze-held sacred water that could be poured over an image or a person. The central deity on the stand is Hevajra, who is a mystical saying given bodily form: "Hail vajra!" or "Hail, cudgel that is the symbol of ultimate wisdom!" Tantric Buddhists believed that enlightenment could be reached by processes of mental concentration that focused in turn on Hevajra, on the female figures beside him, and on the Hindu gods (symbolizing conquered passions) on whom he dances.

Gift of the Breezewood Foundation, 1979