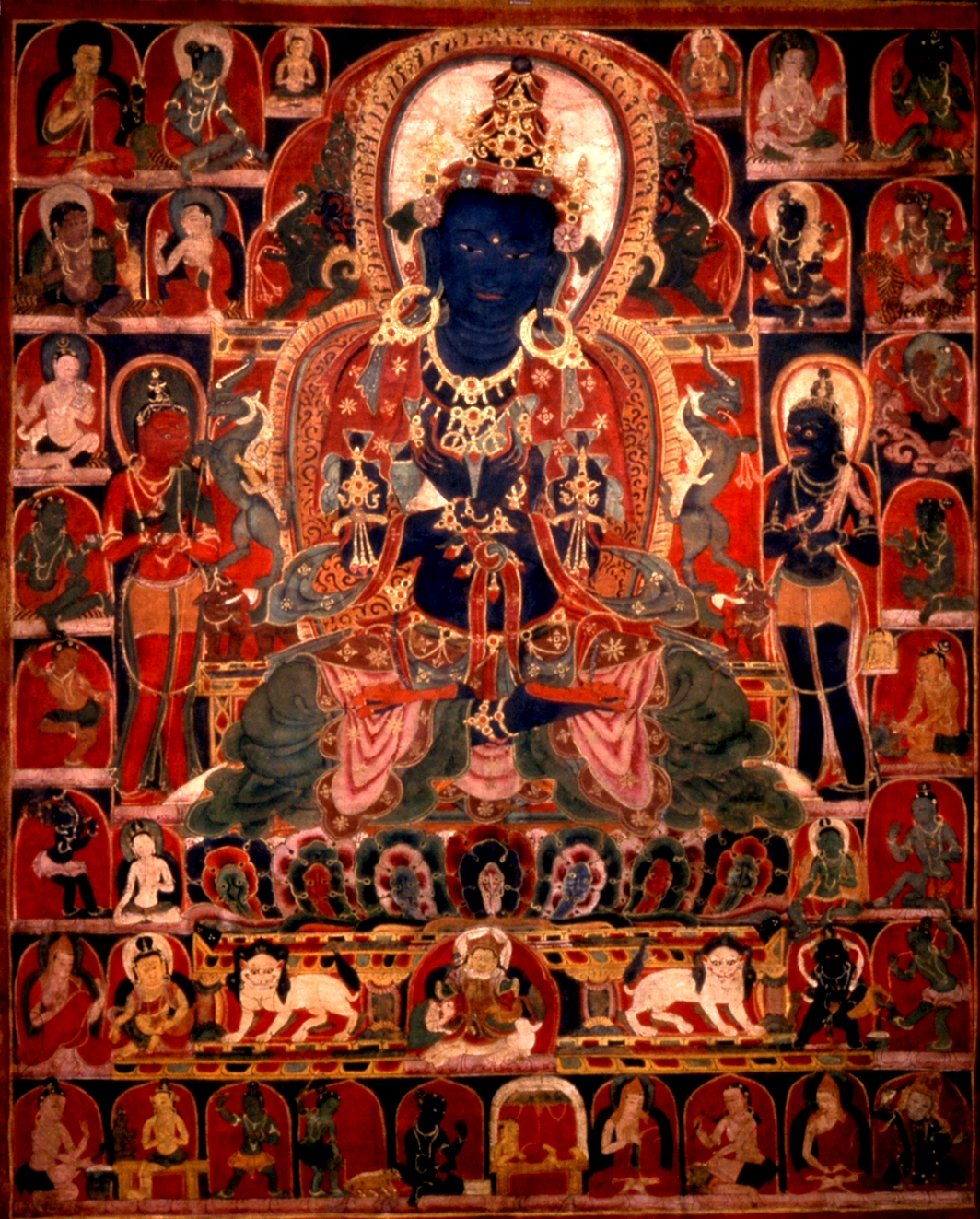 Vajradhara, the primordial Buddha, is considered to be the original teacher of the tantric Buddhist (Vajrayana) teachings. Blue in color, he holds a vajra (a ritual scepter identified as masculine, and symbolizing compassionate action) and a bell (identified as feminine, and symbolizing wisdom). Crossing his hands, he expresses the union of these qualities in the state of enlightenment.

Here, Vajradhara is flanked by two wrathful goddesses and is surrounded by mahasiddhas: great tantric practitioners who attained both special powers and spiritual enlightenment, usually through unconventional means. In the second row from the top, the figure on the far left is Virupa, who halts the sun’s movement with his raised hand; fond of drink, he had promised to pay his tavern bill once the sun set, so he prevented it from setting. On the right, the fifth figure from the top is Anangavajra, who had a vision of the Buddha as he was herding swine, a task his guru had assigned to him. Here, he holds a boar’s forelegs as he grasps a knife, while a golden Buddha image hovers before him. The reclining figure on the bottom row is Bhusuku, a lazy monk who regularly skipped recitation at his monastery, but was granted great wisdom by the bodhisattva Manjushri. Each mahasiddha belongs to a tantric lineage that traces its teachings to Vajradhara.