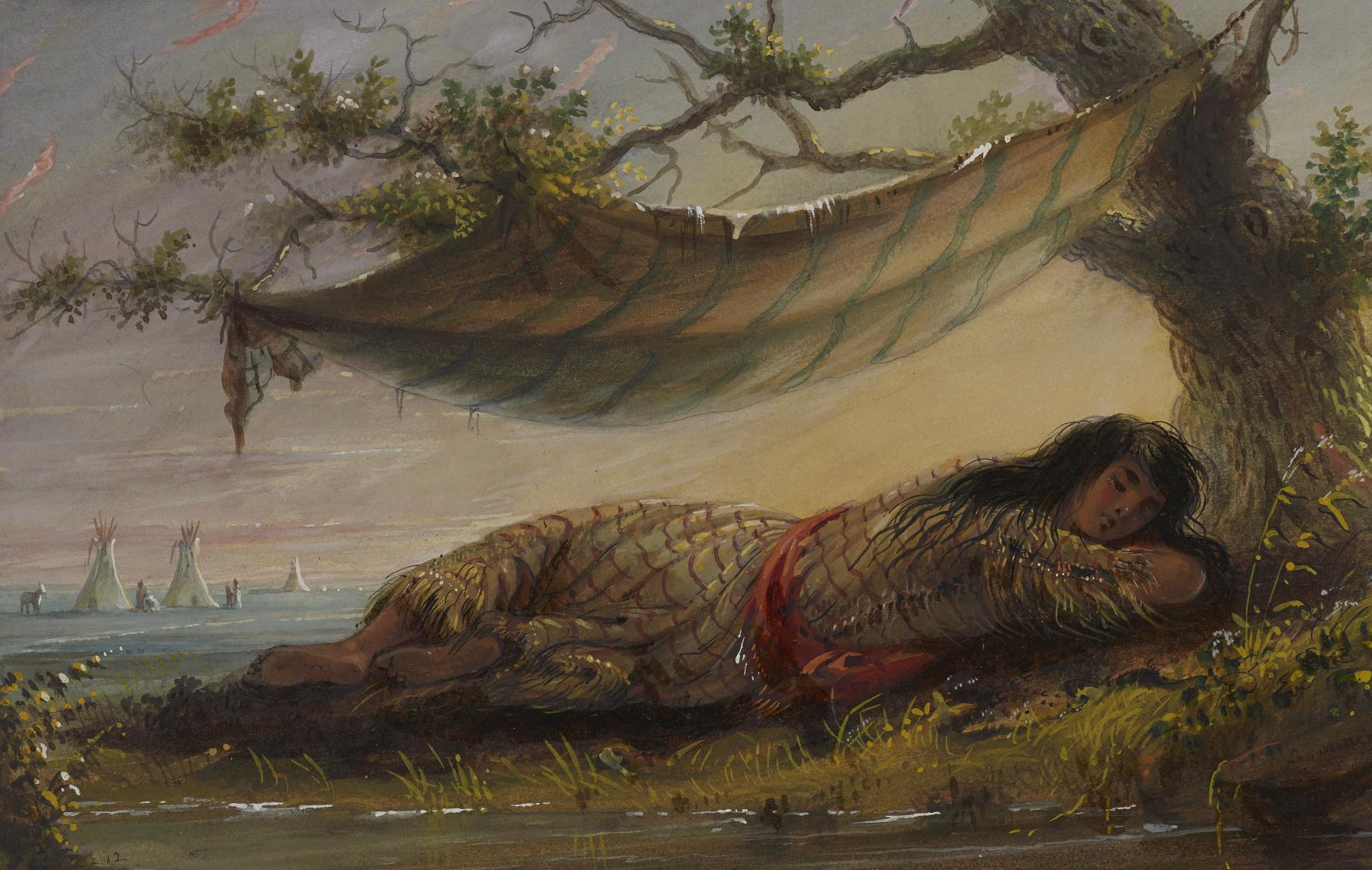 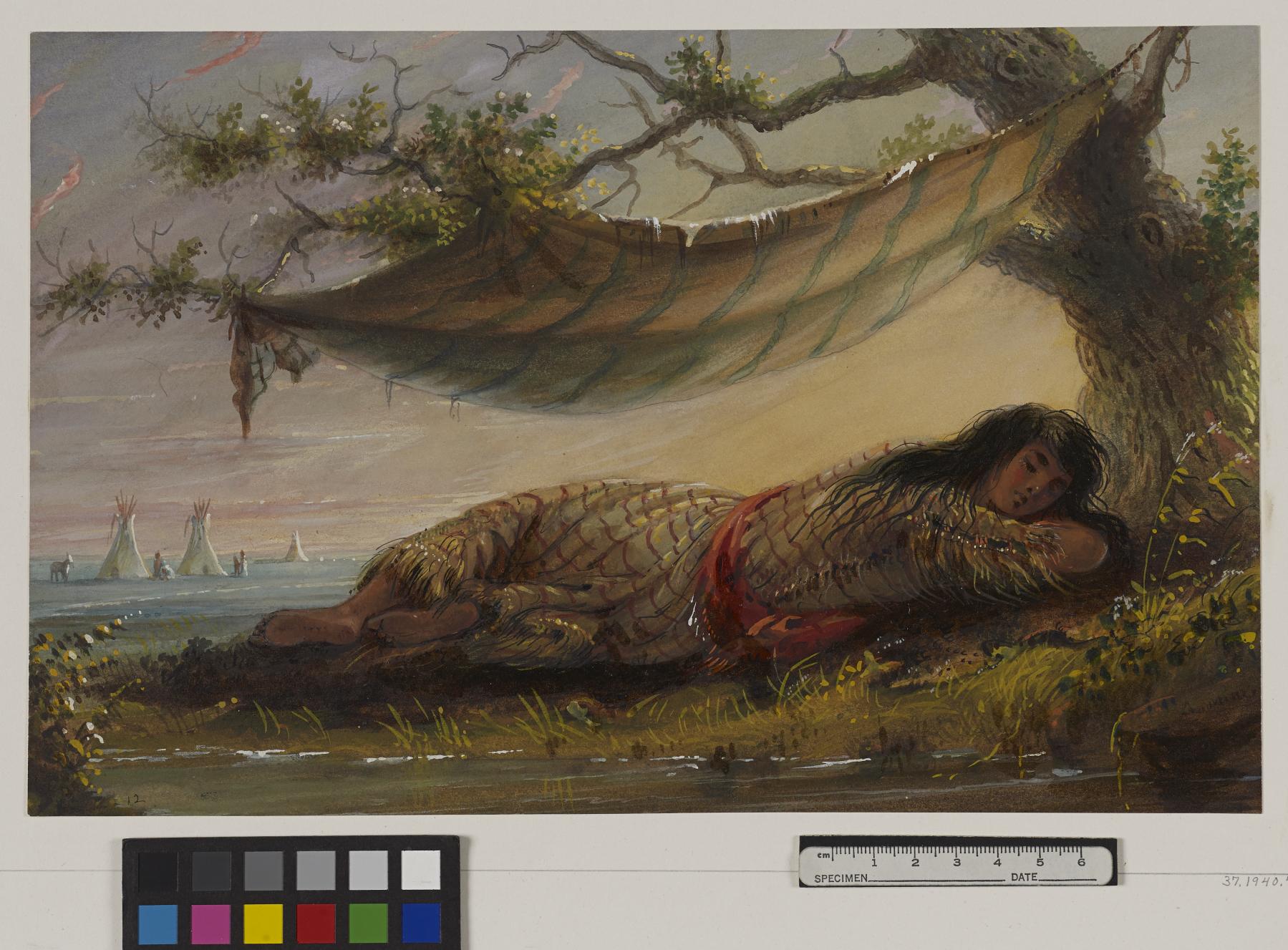 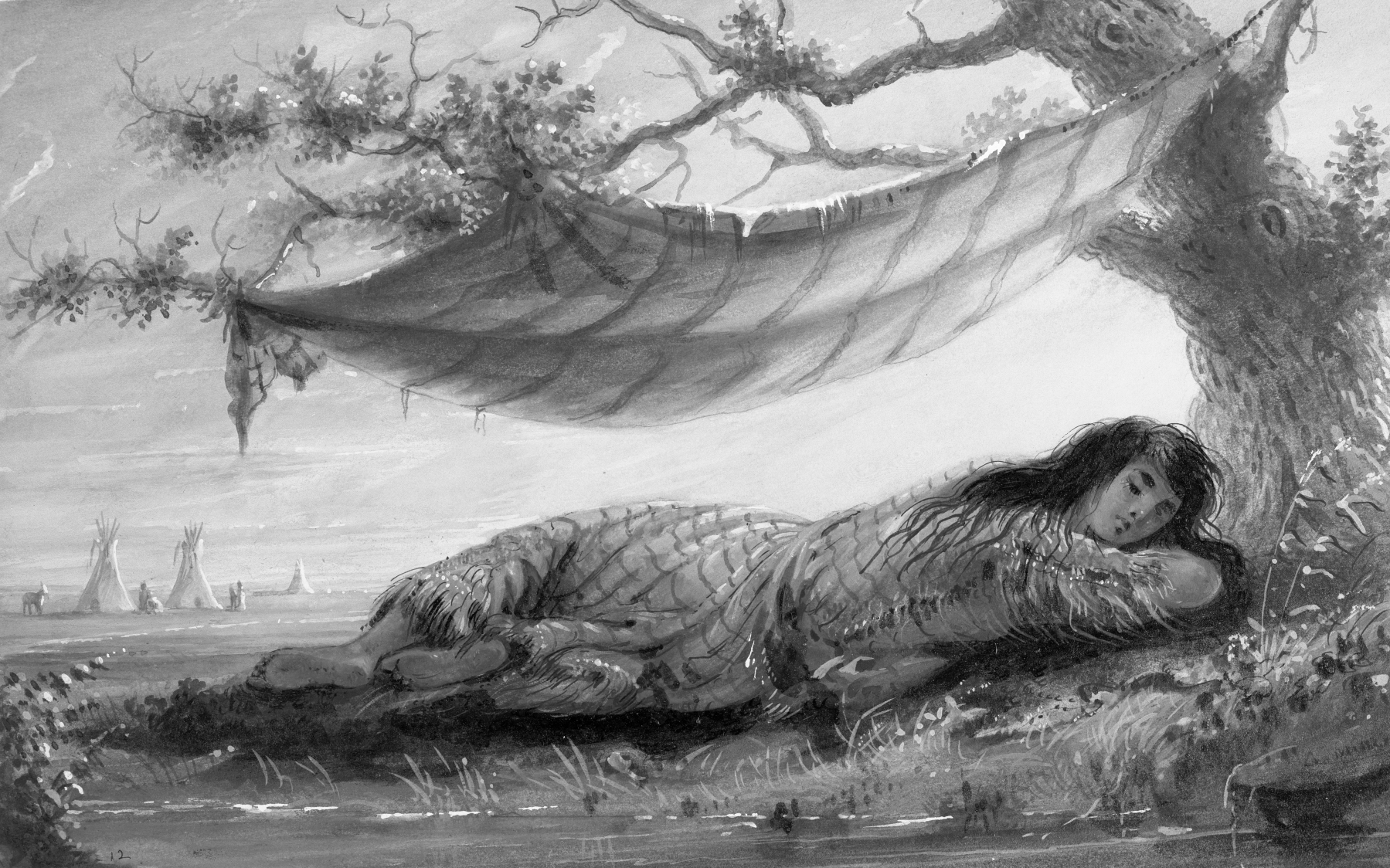 "Before they are 16 years of age, these girls may be said to have their hey-day, and even if they become the wives or mates of Trappers, are comparatively happy, for they generally indulge them to their hearts' content; should they become however the squaws of Indians, their lives are subjected to the caprices of a tyrant too often, whose ill treatment is the rule and kindness their exception. Nothing so strikingly distinguishes civilized from savage life as the treatment of women. It is in every particular in favor of the former. The scene in the sketch is a sunset view on the prairie,- a Shoshonee girl reclined on a Buffalo robe near a stream, and some lodges and Indians in the distance." A.J. Miller, extracted from "The West of Alfred Jacob Miller" (1837).