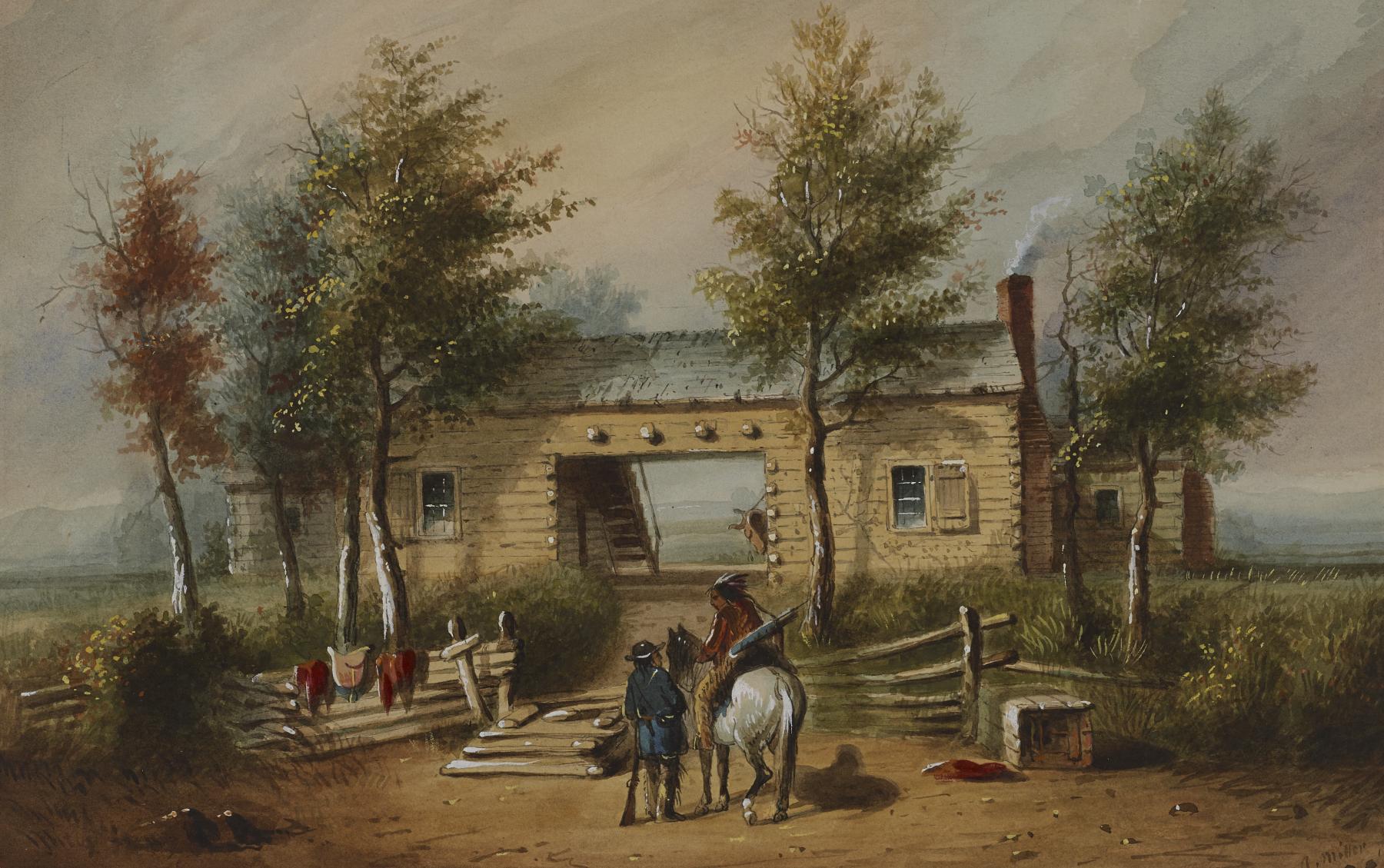 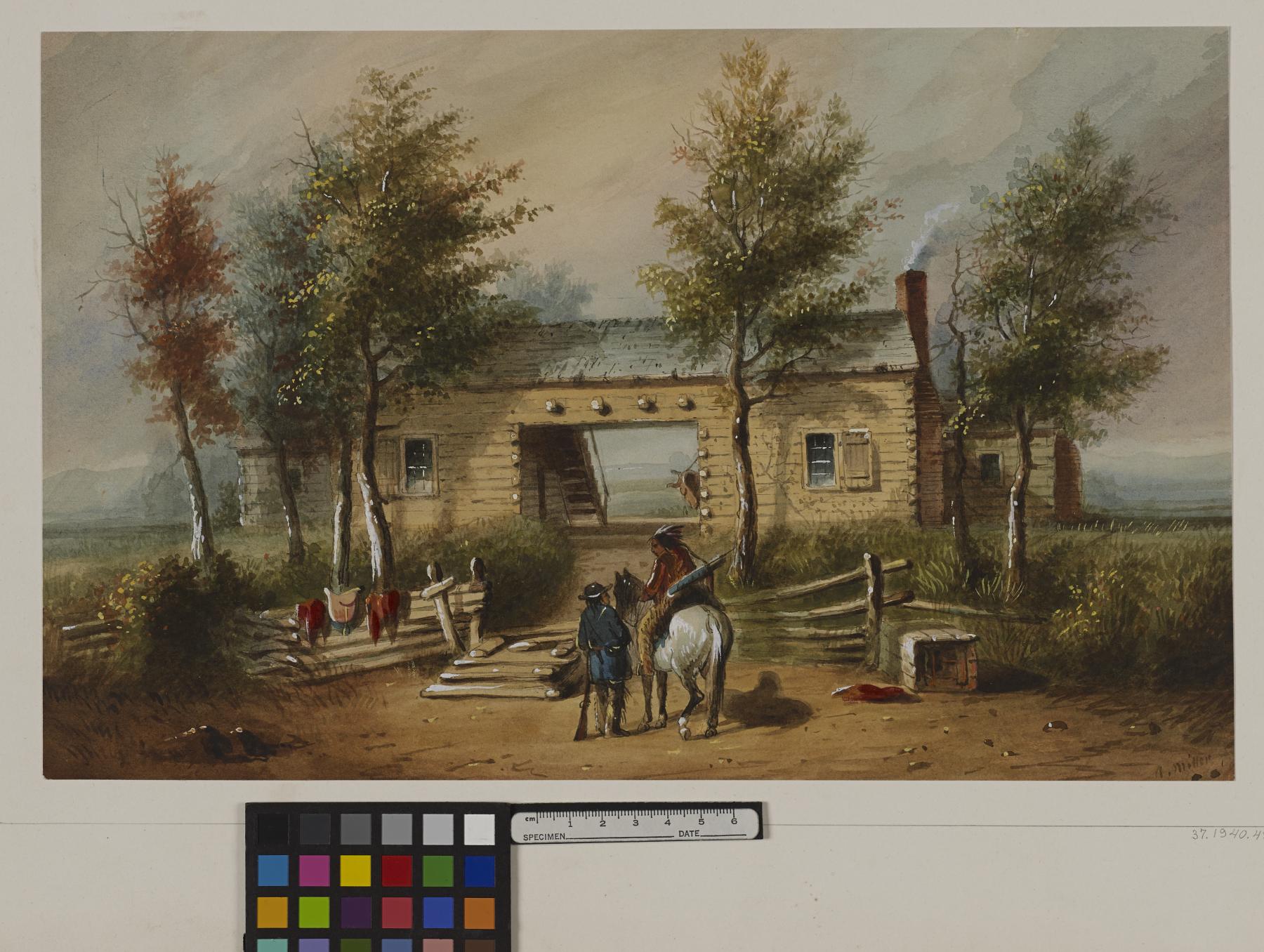 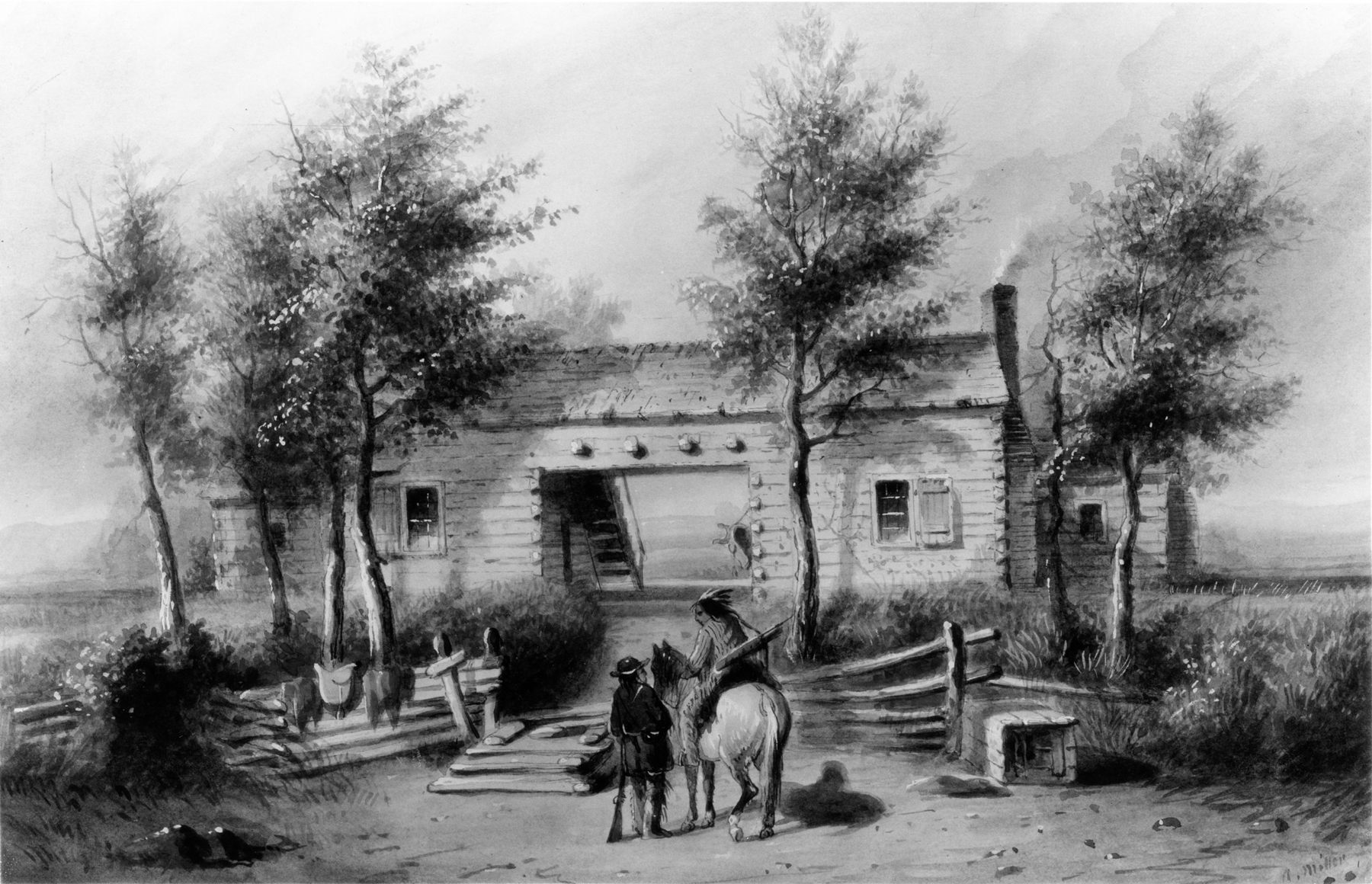 "This building, situated at the time on the Western frontier of the United States, was the last house we encountered previous to entering the wilderness. It was inhabited by a Shawnee Indian, who for a wonder had been benefited by civilization, for he here cultivated successfully about 100 acres of arable land, and had everything in plenty around him. The building was 50 feet in length, flanked by kitchen and offices, built of logs dovetailed at the corners, with a Hall through the centre about 15 feet wide, and was altogether a most comfortable country residence. Here we witnessed an Indian marriage, and after it came a feast, - the tables spread with a profusion of substantials, music and dancing closing the ceremonies. We encamped here for about a week, purchasing mules and making our final preparation for a savage life." A.J. Miller, extracted from "The West of Alfred Jacob Miller" (1837).