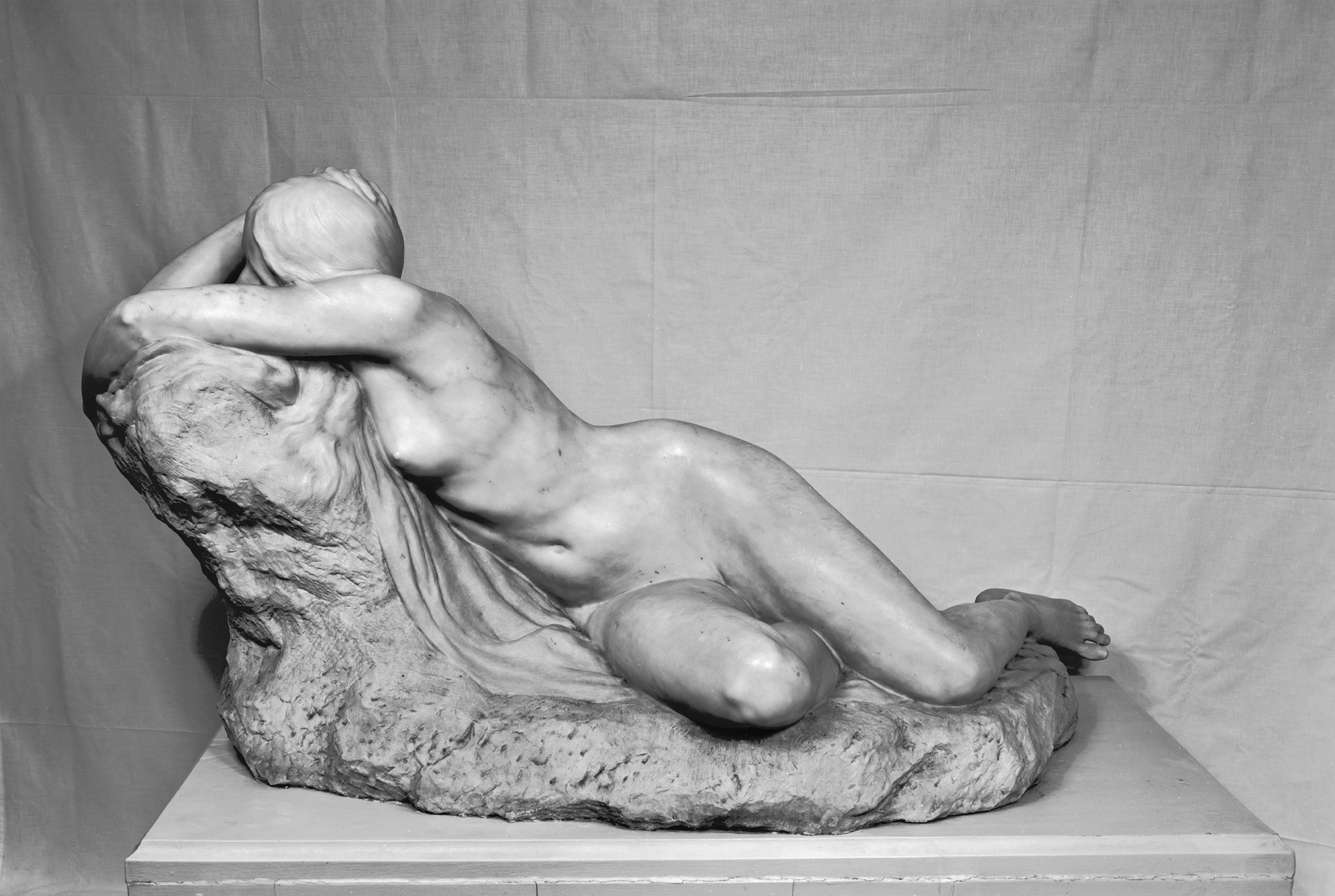 Ariadne Deserted on the Isle of Naxos

Ariadne, the daughter of King Minos, fell in love with Theseus of Athens. According to the Greek myth, she accompanied Theseus when he left Crete but was later abandoned by him on the island of Naxos. Schuler, a native of Lorraine (in present-day France), was raised in Baltimore and attended the School of Art and Design at the Maryland Institute. He received the Rinehart Prize, enabling him to study in Paris. After receiving awards at the Paris Salon, Schuler returned to Baltimore, where he pursued a highly successful career as the city's leading sculptor and founded the Schuler School of Fine Art.