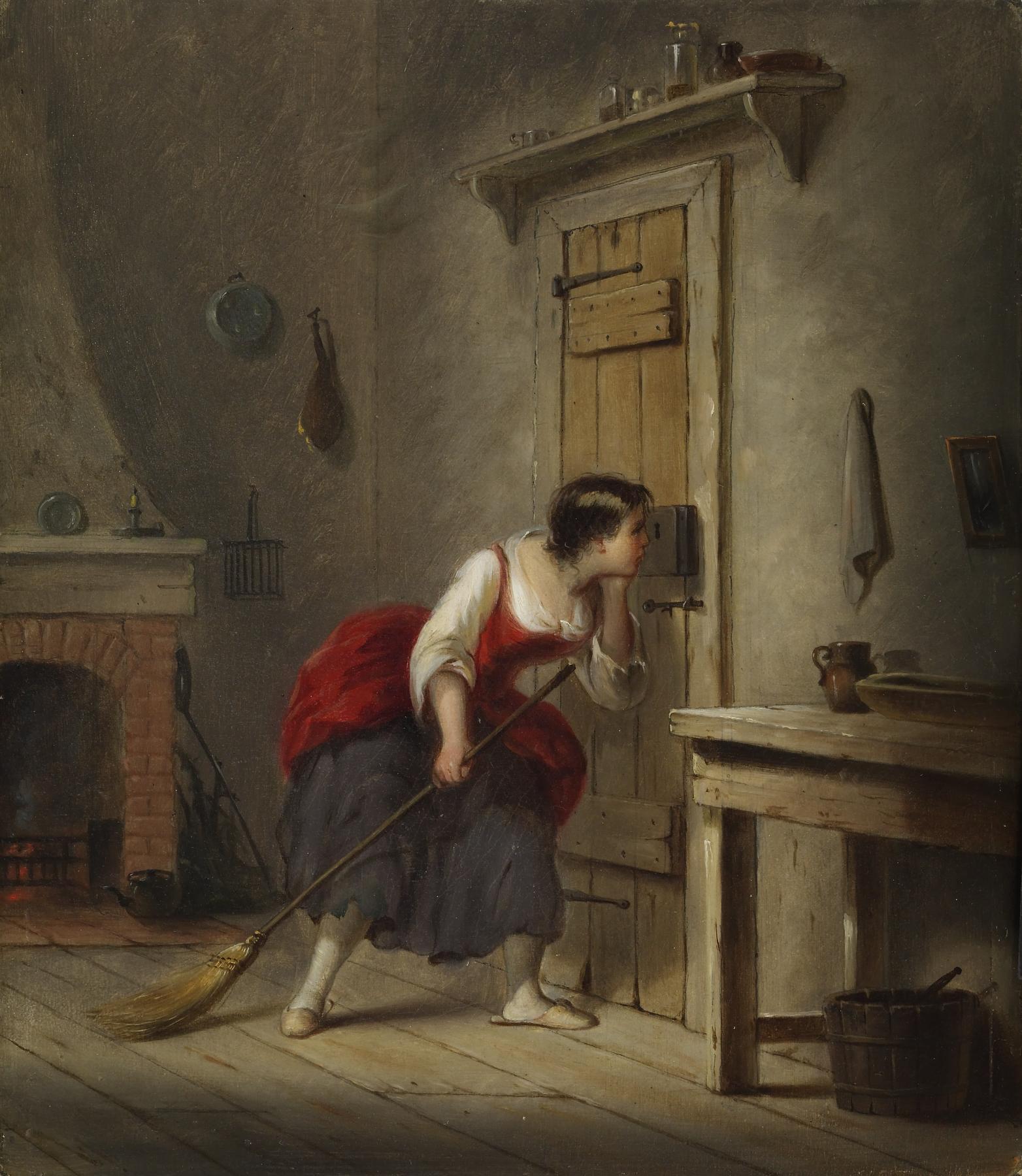 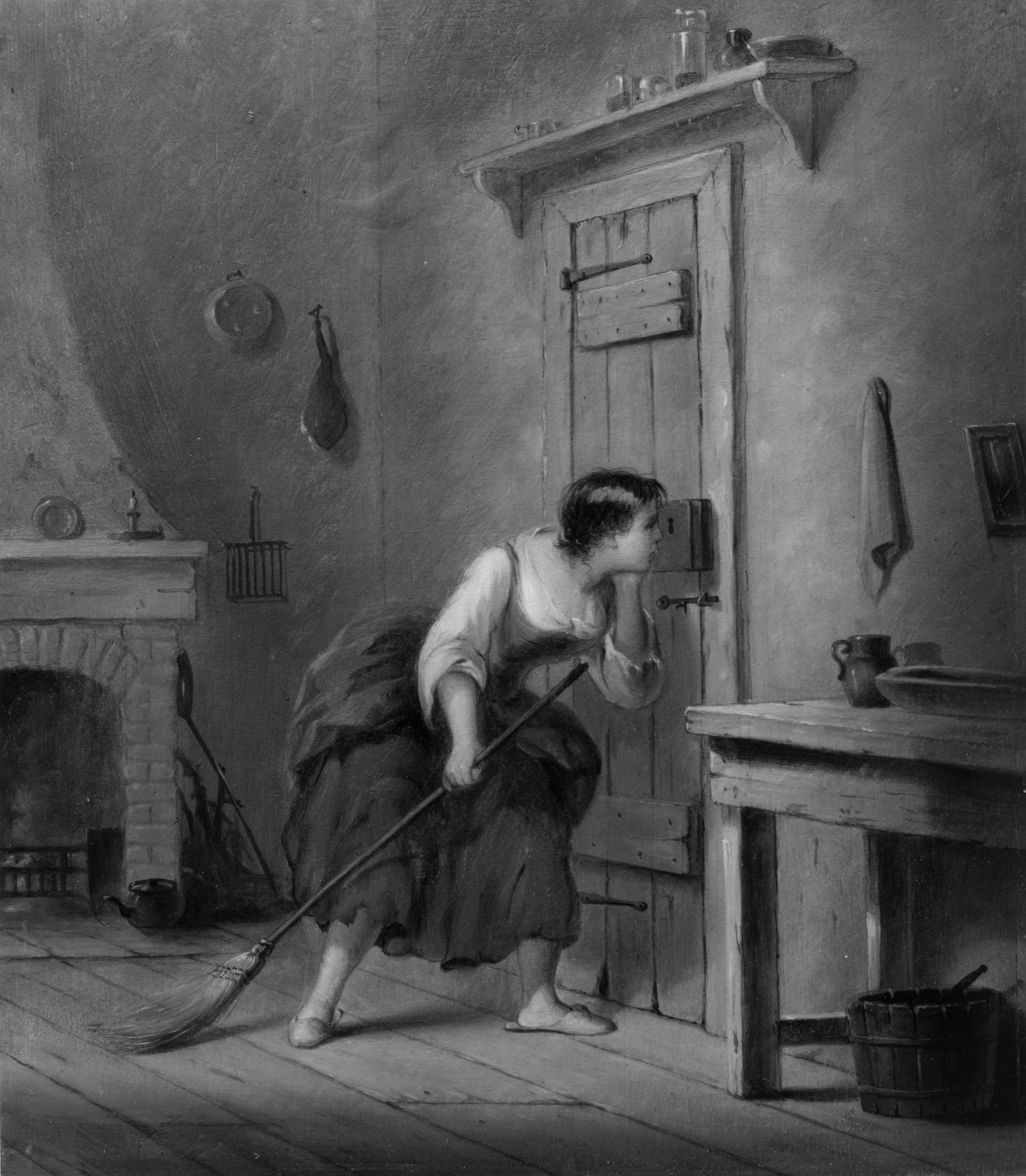 The Marchioness (from Dickens' "The Old Curiosity Shop")

Miller frequently made drawings of subjects from popular literature, particularly the works of Charles Dickens. The subject of this unusual painted character study is a humorous incident from Dickens' "The Old Curiosity Shop" (1841), which turns out to have far-reaching consequences for the larger plot of the novel. The clerk, Dick Swiveller, plays cribbage while his masters are away:

"As these games were very silently conducted . . . Mr. Swiveller began to think that . . . he heard a kind of snorting or hard-breathing sound in the direction of the door, which it occurred to him, after some reflection, must proceed from the small servant, who always had a cold from damp living. Looking intently that way one night, he plainly distinguished an eye gleaming and glistening at the keyhole; and having now no doubt that his suspicions were correct, he stole softly to the door, and pounced upon her before she was aware of his approach."

Swiveller nicknames this small servant "the Marchioness" and teaches her to play cribbage.