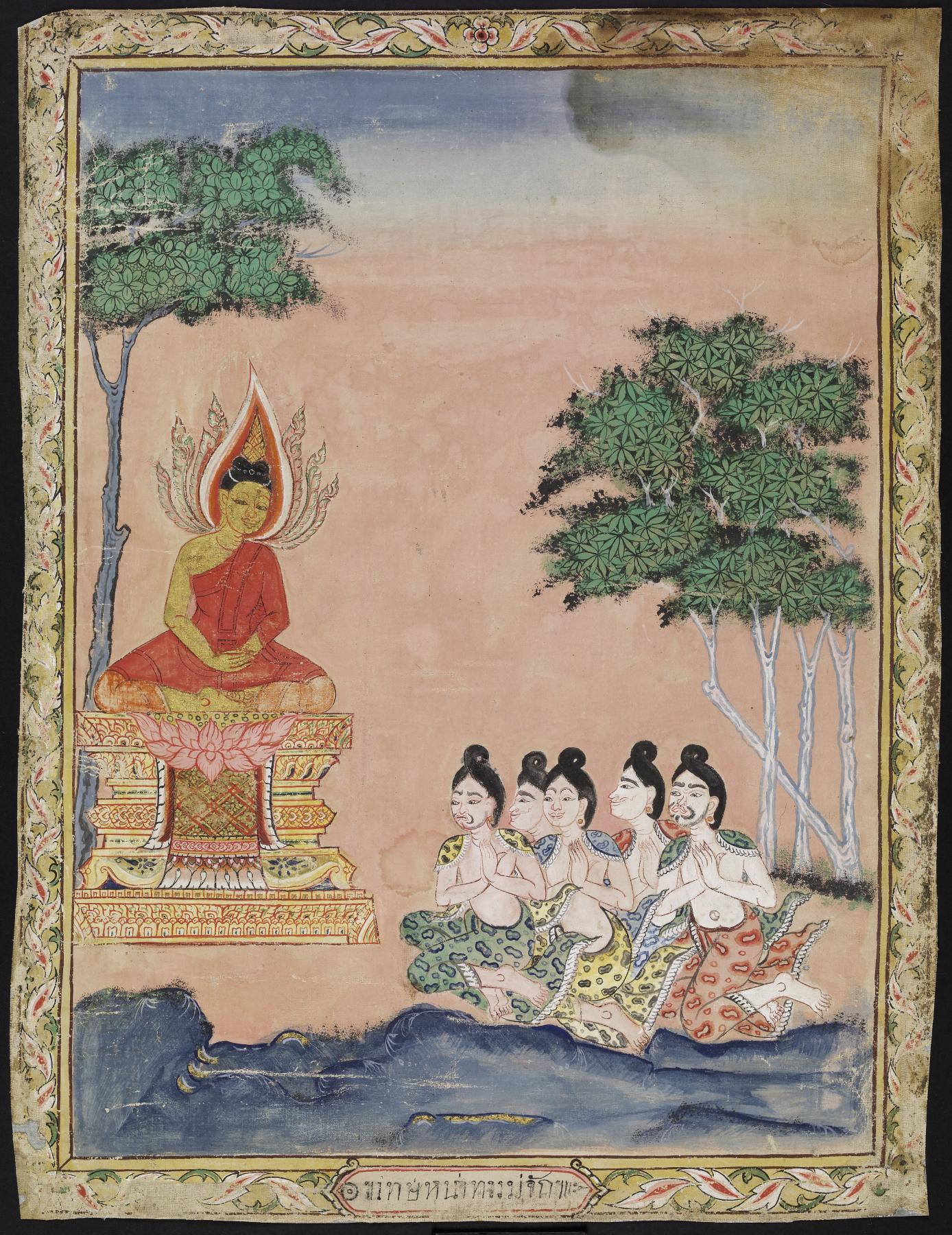 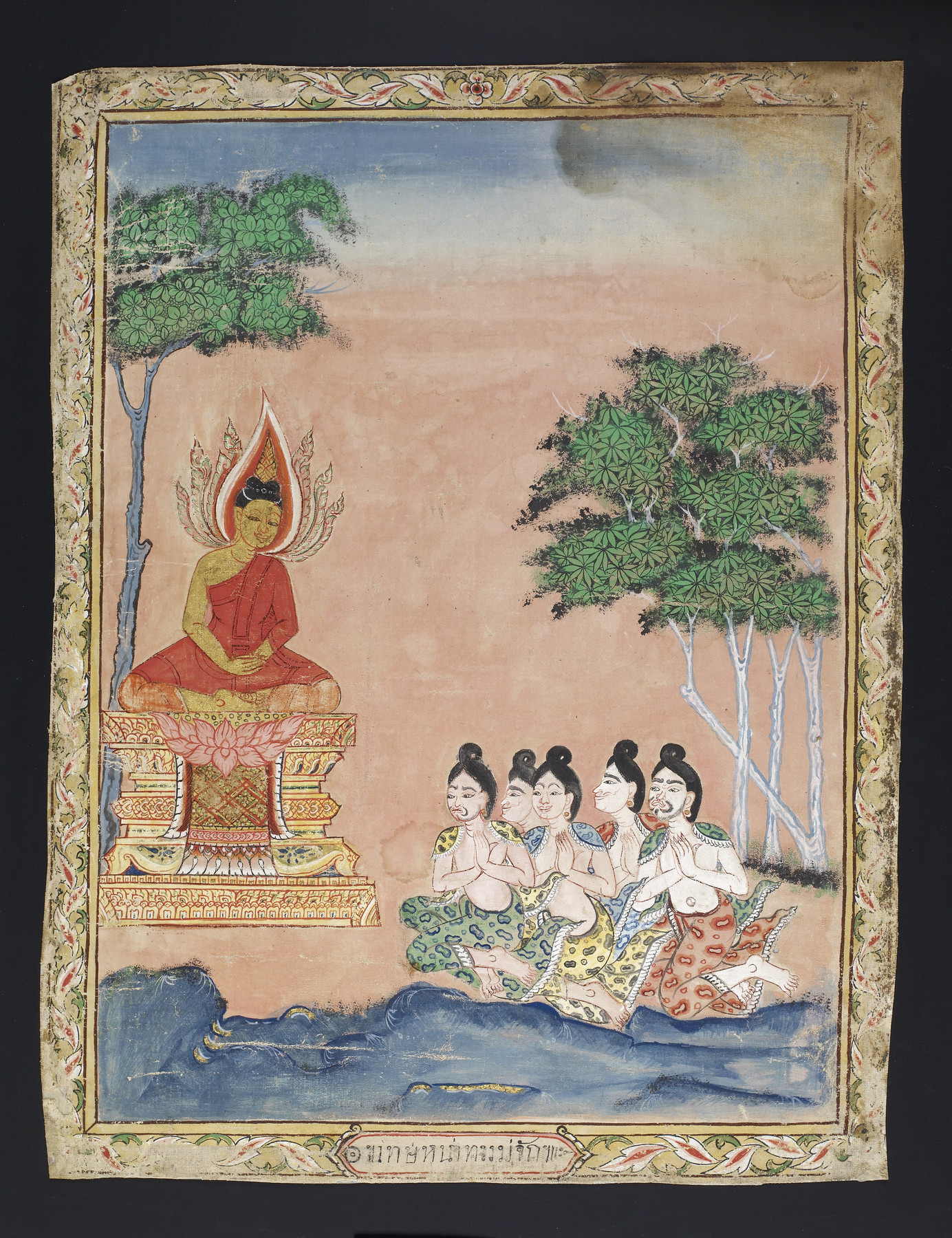 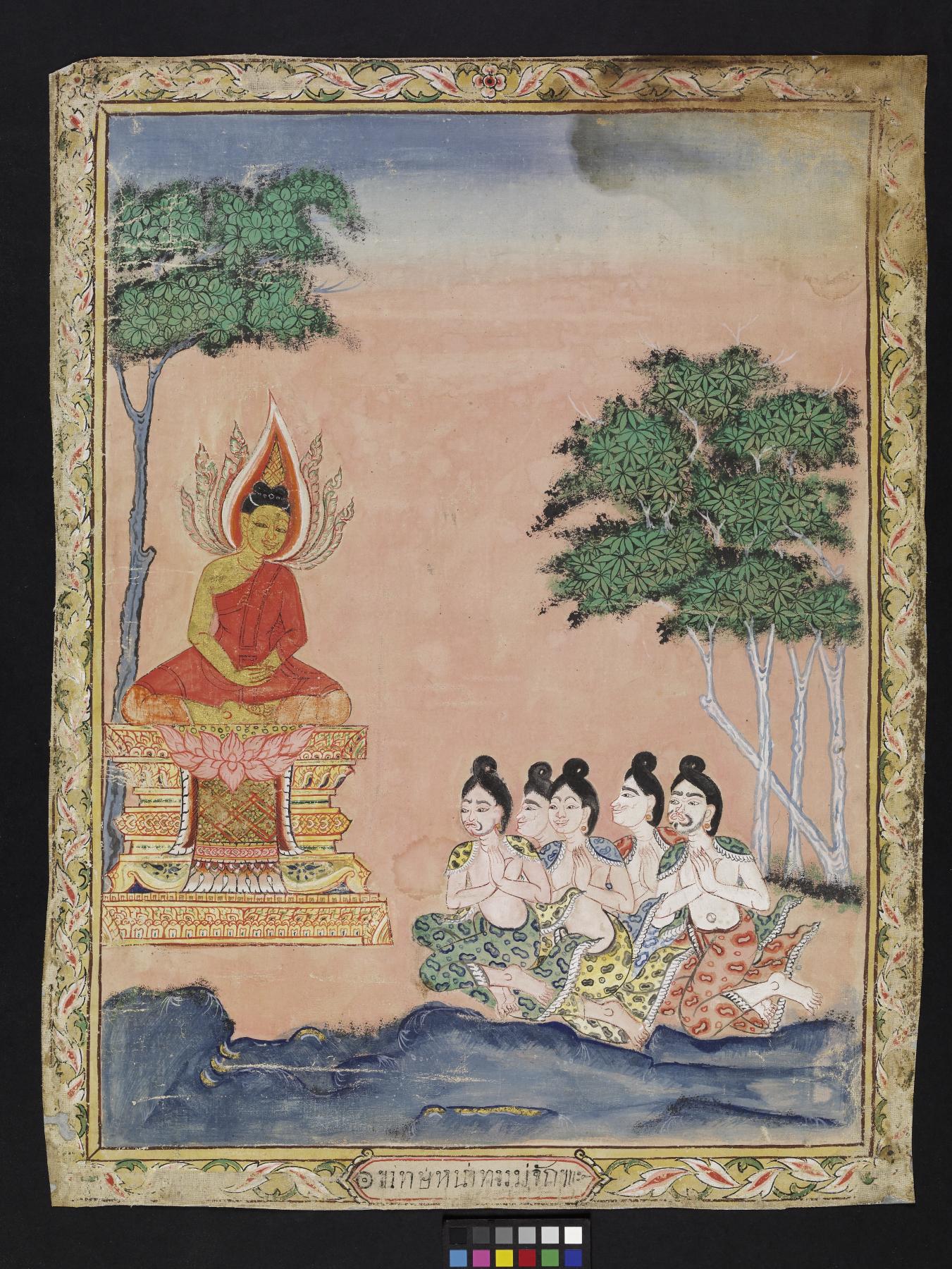 Buddha Preaching to the Five Hermits

This dynamic painting illustrates a story of the former lives of the Buddha, known as the Jataka tales. In these popular stories, which number in the hundreds, the Buddha takes various forms—human, divine, and animal—to carry out virtuous acts of charity, courage, and humility, setting an example for humankind.

This painting depicts the episode of the Buddha’s first teaching following his enlightenment under the Bodhi Tree. Five hermits had been his followers until he decided to abandon extreme self-denial in favor of a middle path. The Buddha sought out his followers to counsel them against the extremes of both over-indulgence and self-torture and revealed to them the Four Noble Truths; in gratitude, the five hermits became the Buddha’s first disciples.