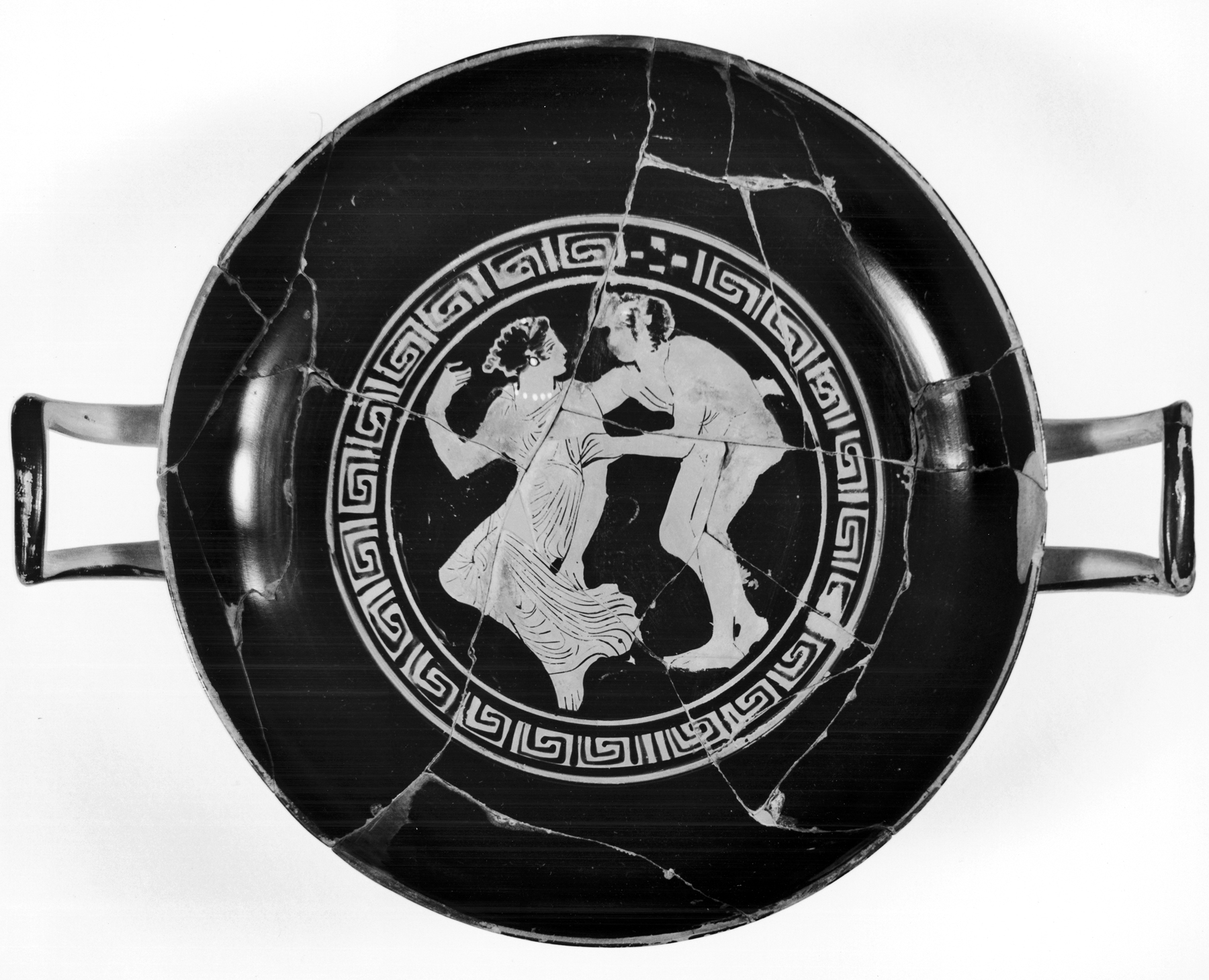 Type B Kylix Depicting Maenad and Satyr and Women and Athletes

This red-figure kylix depicts a maenad and a satyr in the tondo. On the left a maenad sits on a rock to the left, looking around. Her left arm is by her side, while the right is bent up in front. She wears a necklace, peplos, diadem, and earring. On the right a wreathed satyr leans to the left; his left hand grasps her upper left arm, his right is wrapped around her back.

On the sides are depicted a woman and two athletes. In the center a woman stands frontally, looking left, holding out a necklace with both hands. She wears a peplos, and her hair is held by ribbons. On either side an athlete stands in profile facing inward. On the front each holds a strigil in his right hand, and on the back the left one holds a strigil, while the one on the right holds out his right arm at waist level, palm up. All four stand with one leg stiff, the other bent and placed back. The three whose heads are fully preserved wear fillets.

Acquired by Henry Walters with the Massarenti Collection, 1902 (?)