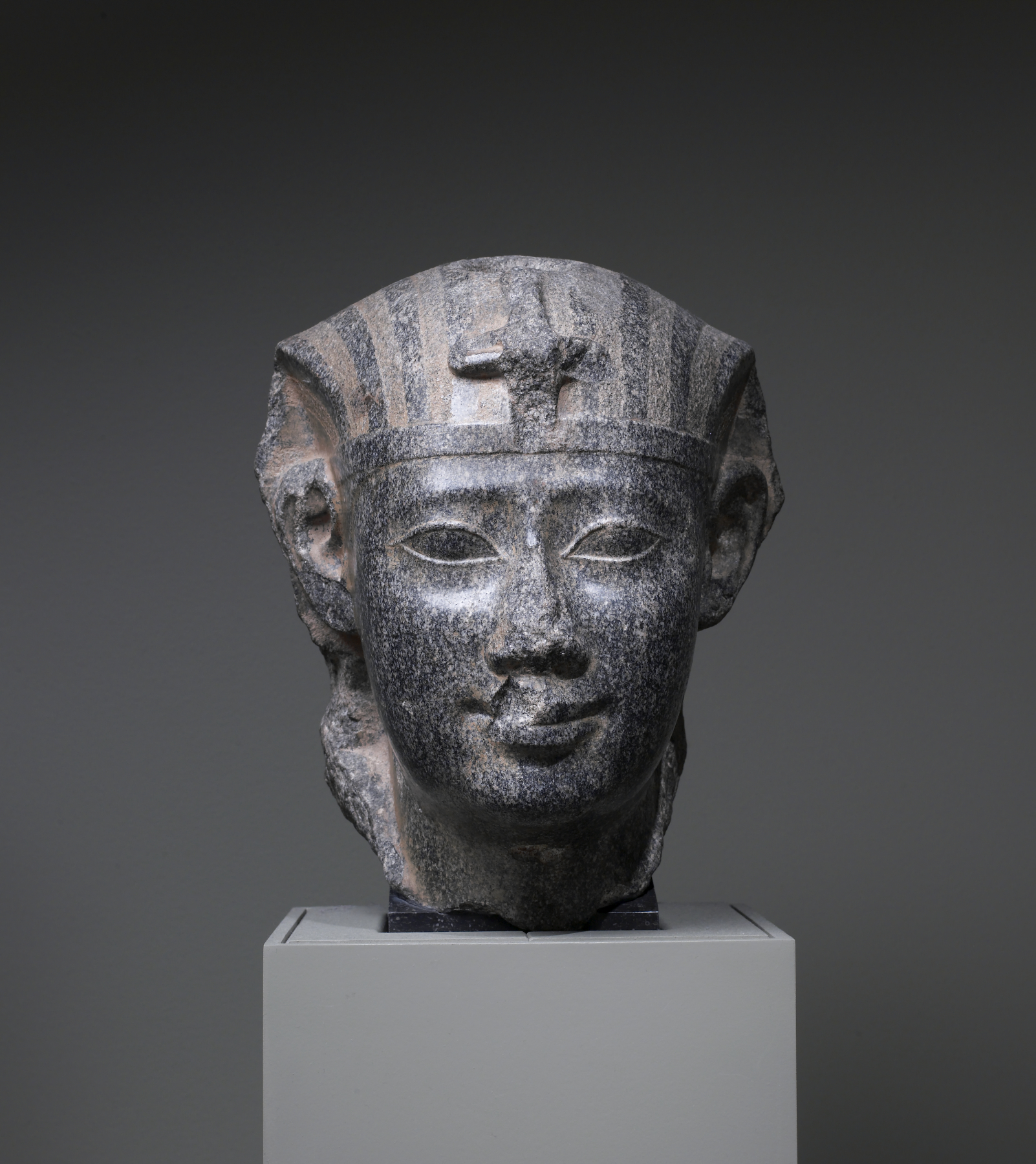 In 332 BCE, Alexander the Great freed Egypt from Persian control and made it part of his growing empire. One of his generals, Ptolemy Lagus, was sent to Egypt to serve as governor after Alexander's sudden death in 323 BCE. Ptolemy eventually crowned himself king and founded the Ptolemaic Dynasty. One of the early rulers of this Dynasty is represented in this elegant, life-size head. The Ptolemaic rulers were sensitive to the political needs of their diverse subjects. Therefore, royal portraiture is mainly of two types, one in strictly Egyptian style, like this head, and the other purely Greek.