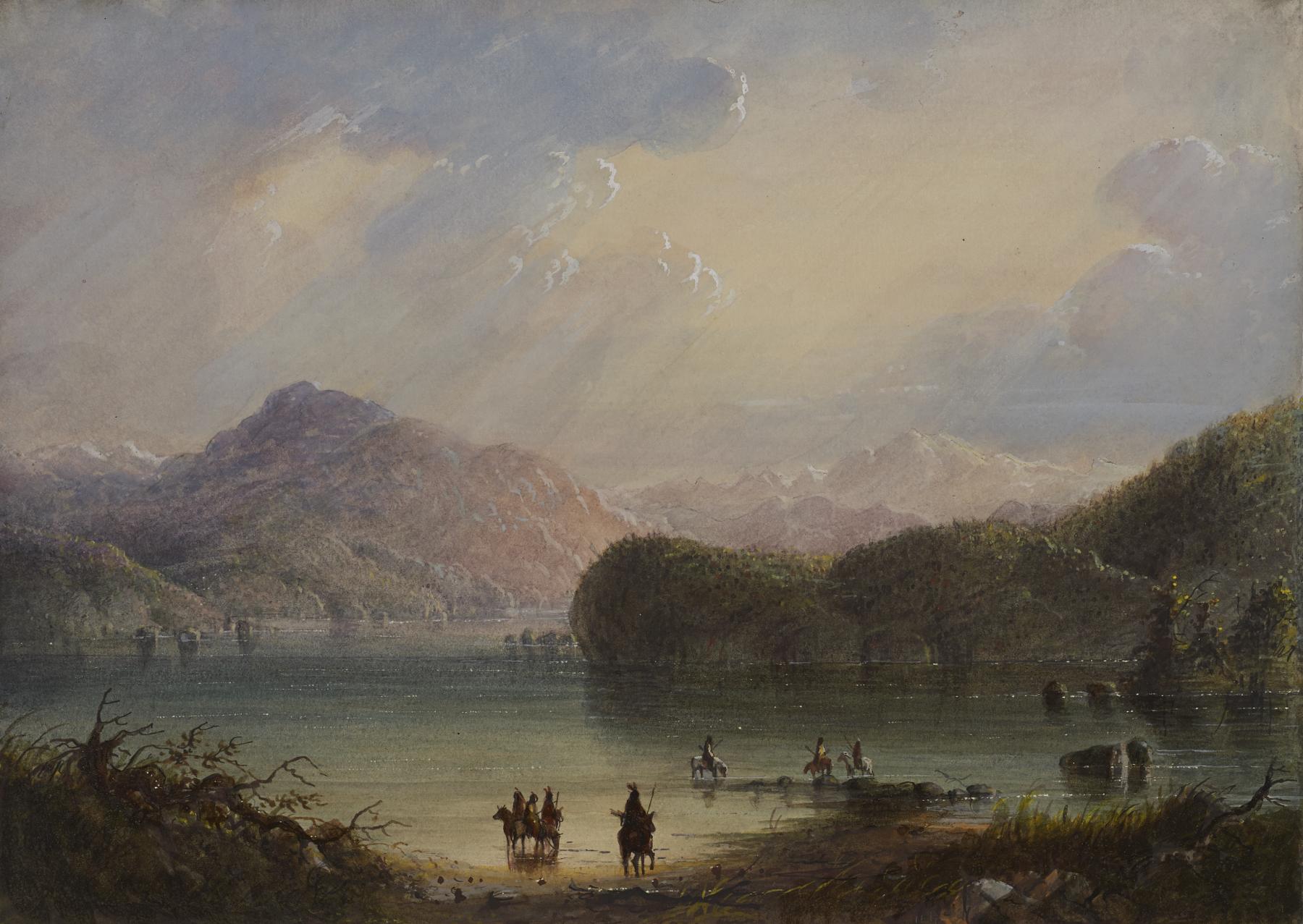 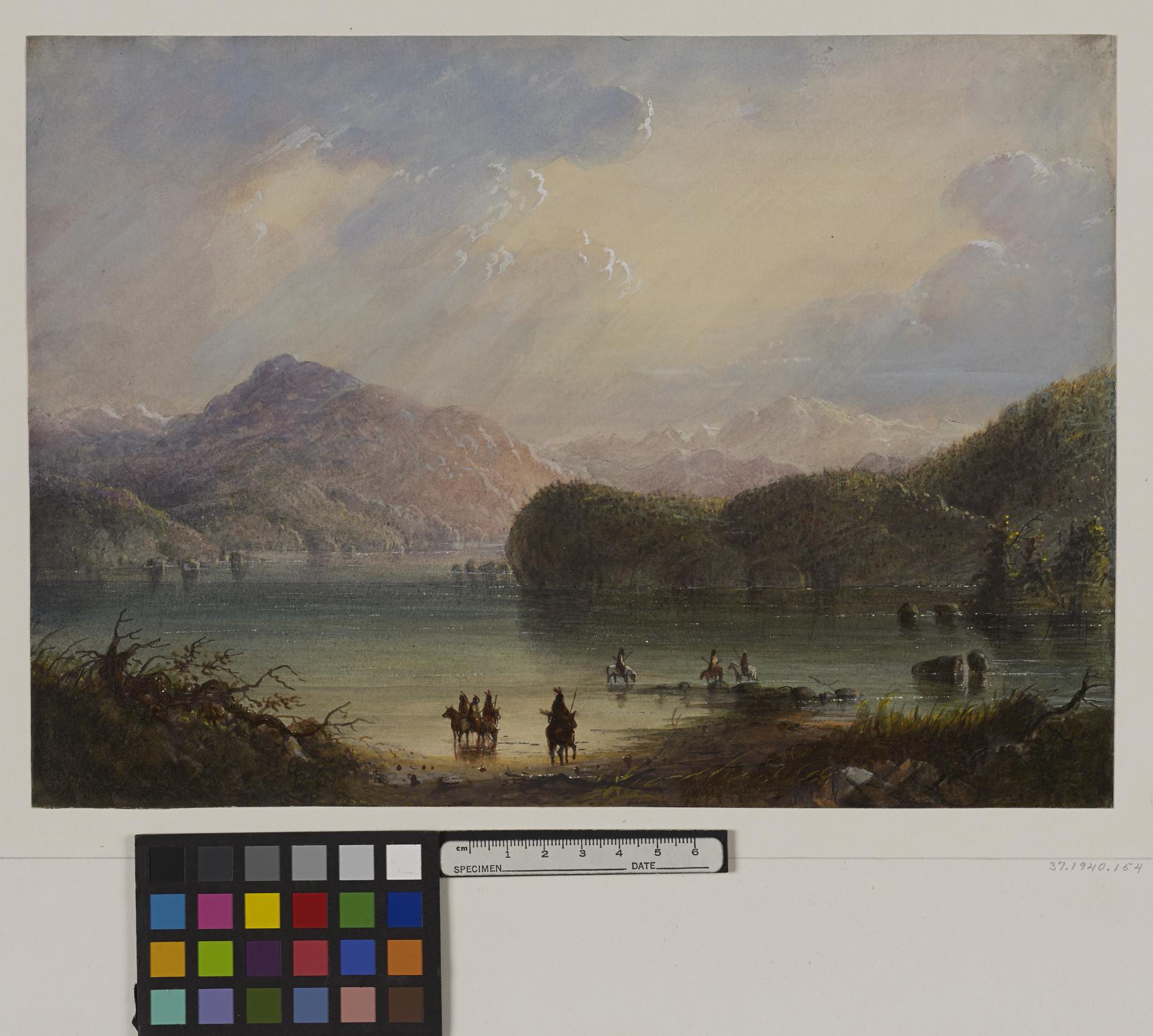 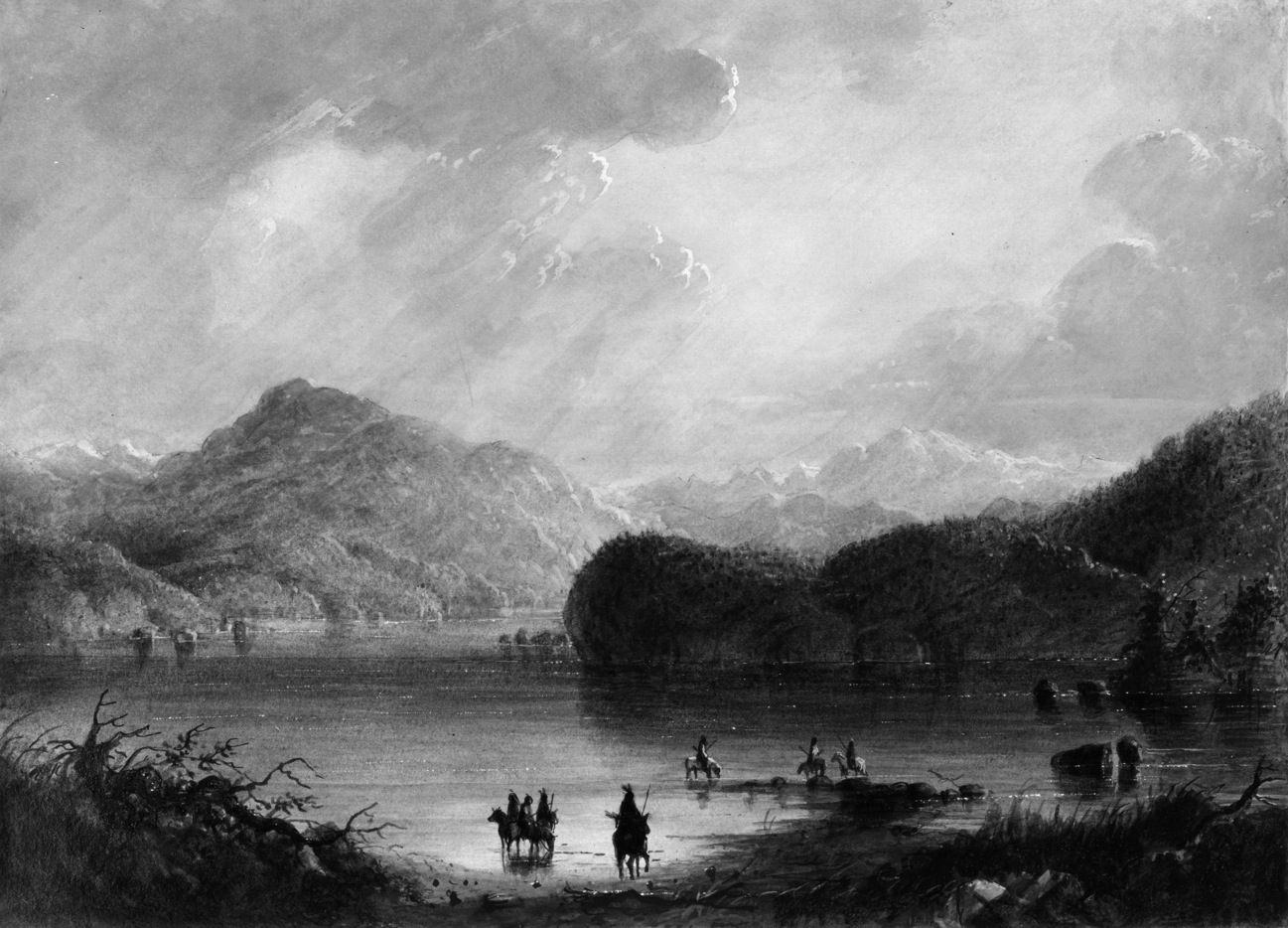 "From the right a promontory or bluff projects out boldly into the midst of the Lake throwing a broad reflection into the water,- beyond this the mountains begin to rise until they reach their ultimatum in cold barren peaks of solid rock covered with snow. Although it was the month of August, we had frequent snow and hail storms, and towards evening thick overcoats were almost indispensable to comfort. In the morning one or two of the hunters would be dispatched for mountain sheep, or any other game of a size to warrant a shot, for powder and ball are precious articles here and not to be wasted: others would scramble out on the rocks to catch the finny-tribe, not solely for amusement,- no indeed!- keen appetites and insatiable maws were in expectancy, and always ready to do justice to either fish or flesh, with a blazing fire burning briskly, 'in case (as Wilkins Micawber, has it) anything should turn up.' After the meal we could then sit patiently and listen to some Trappers relating reminiscences of his adventures,- his huntings, and fighting with the Indians, and his loves with Indian beauties forming the principal ground work of his narrative." A.J. Miller, extracted from "The West of Alfred Jacob Miller" (1837).